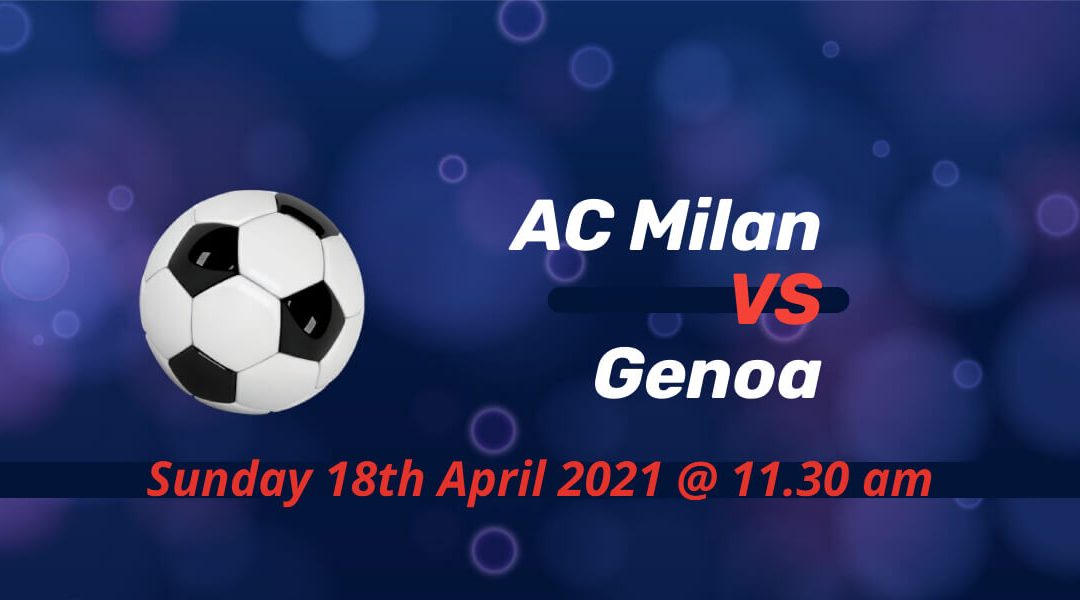 Stefano Pioli's AC Milan hope to clinch another crucial win in the Champions League race when they host Genoa on Sunday. They're technically in the title race, but the competition until the end of the season promises to be with teams behind them for the three Champions League tickets. Genoa are ten points clear of the bottom three.

Milan continue to good away form

The shock defeat at the debutants Spezia remained Milan's only reverse away from home. Pioli is turning the tables since he joined the club. They're in great shape to finish the season strongly; despite missing out on the title, they happen to be on top for the majority of the season.

Milan won each of their last four games on the road. Ante Rebic was the star once again on their trip to Parma last Saturday. The Croat opened the scoring before Franck Kessie and Rafael Leao added more goals in a 3-1 win dominated by Zlatan Ibrahimovic's red card at the hour mark.

Kessie scored his tenth league goal of the season as the Ivory Coast international enjoyed his best season in Milan colours. Leao finally returned to scoring ways with him, and Rebic will get more of the spotlight in the talismanic Swede's absence.

The match kicks off at 11:30 on Sunday 18th April 2021, and the entire game will be available on Premier Sports.

Genoa only won once in nine

Cagliari, Parma and Crotone showed little sign of getting out of the drop zone, but Genoa could be in danger if they couldn't sort out their recent patchy run. They lost only three of their last nine games, but only one of them ended in a win.

Of course, that win came against Parma, who have been stuck in 19th place for months. Gianluca Scamara's brace helped Genoa to keep their distance from the struggling club after they went behind at the halftime break.

A 1-1 home draw with Fiorentina followed as Mattia Destro scored his tenth league goal of the season in a game where both goals came in the first half. They lost to Europe chasers Juventus 3-1 in the previous week as the result bounce following Davide Balardini's hiring is now gone.

An eventful second half in their last meeting

Destro twice put Genoa in front when the sides met in the first half of the season, but Milan pegged back to salvage a point. Pioli's side got the goals from the unlikeliest of sources in Davide Calabria and Pierre Kalulu.

Zlatan will join Calabria and Daniel Maldini on the list of players who will miss this fixture, but it's for a different reason in his case as he served the suspension for the red card picked against Parma.

Milan to secure a comfortable win?

They will be without Zlatan, but Milan are still the huge favourite for this one. Genoa came into this with a bad form and having little to play for while Milan is still fighting to secure a Champions League berth.