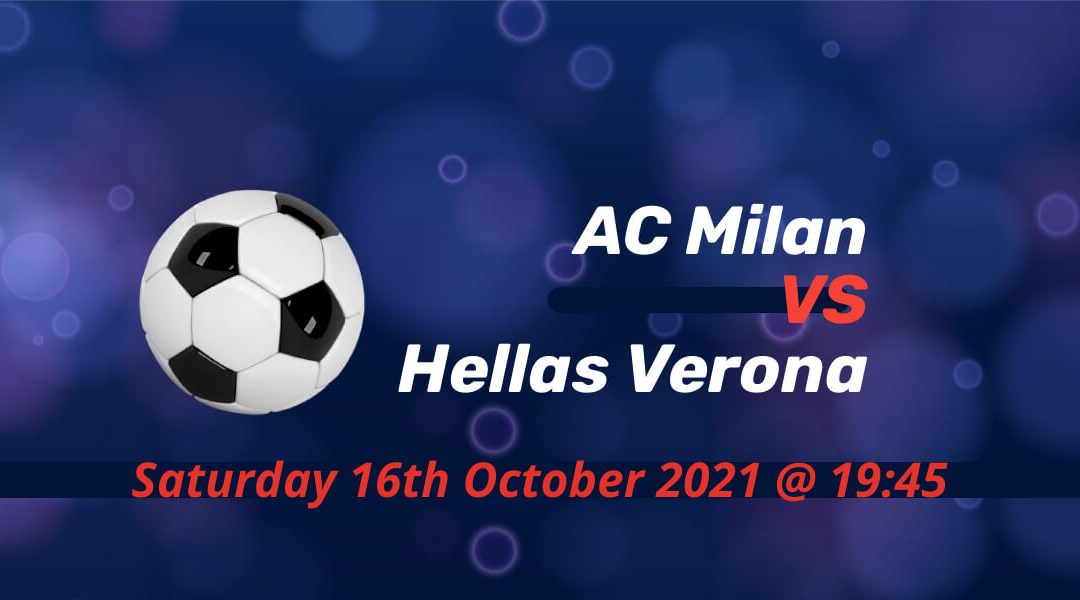 AC Milan entertain Hellas Verona before their third Champions League game of the season in midweek. Stefano Pioli’s side is on the verge of being eliminated from Europe’s premier competition, but they are in top form in domestic football. Verona sits in the mid-table with eight points after seven games.

Milan’s resurgence continues in Serie A

Although it was their local rivals who ended Juve’s dominance last term, AC Milan enjoyed a successful season. They finally qualified for the Champions League again. That looked a minor achievement if you consider the club’s history, but the decade has seen far worse.

Now they’re running as a club in a far more stable manner. Paolo Maldini, one of their legends in the good old days, masterminded the push to return Milan to the top of European football’s map.

The Champions League didn’t welcome them nicely, however. From the group of death to some controversial decisions, Milan have no points before the doubleheader against Porto. But, in Serie A, they only failed to beat the mighty Juventus to remain second in the standings.

With debutant Spezia’s troubles in the second half of the season and the arrival of inexperienced Venezia and Salernitana, the relegation fight looked to have many similar opinions in the preseason.

But the form of Hellas Verona and Cagliari at the season start suggested there could still be a tight race to avoid the drop. Despite the first two having been at their place, Marcantonio Bentegodi, Verona lost each of their first three games after losing highly-rated Ivan Juric to Torino.

While Cagliari remained the worst team in the division, Verona quickly found their feet to climb up places, however. They found the net eleven times in their last four games and the source of the goals has been very diverse. Their biggest win came just before the international break as they dispatched Spezia 4-0.

Milan unbeaten in five against Verona

Pioli’s side won their last game against Verona, but the last two fixtures at San Siro ended in draws. Verona raced to a two-goal lead in Milan last season before the half-hour mark. But Zlatan’s injury-time header salvaged a point for the hosts.

After his heroics against Lazio, the Swede superstar is back on the sidelines with irritation on his achilles. Mike Maignan is out of action so Romanian shot-stopper Ciprian Tatarusanu will start in goal for Milan.

Milan can be top for a day

Napoli currently have a perfect record in Serie A, but they won’t play until Sunday night when they host Torino. This presents a big chance for Pioli to have another chance at leading the title race early in the campaign.