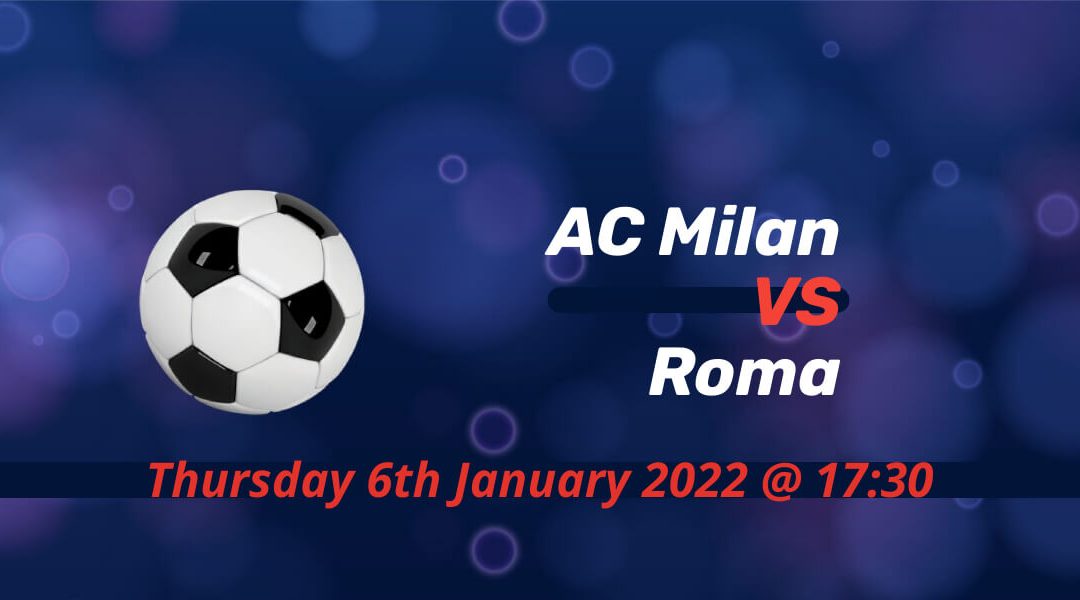 On a day that will see all Serie A clubs in action in five different timeslots, AC Milan host Jose Mourinho’s AS Roma. The Rossoneri quickly make up for the painful defeat to Napoli by capitalizing on Luciano Spalletti’s side shocking defeat to Spezia. Roma ruined a chance to close the gap to the top four as they were held to a draw against Sampdoria.

Despite being knocked out of European competition altogether, Milan is once again in a title race in the middle of a Serie A season. Following their win against hapless Salernitana, Milan was top of the league in early December.

But a single point in successive matches before the final game of 2021 helped their city rivals to climb above them in the table. The defeat to fellow title-hopefuls Napoli at San Siro was a major blow.

But their performance on the night was very promising as they dominated the game after the early goal for Napoli. Milan responded with a 4-2 win over Empoli to climb back to second in the table below Inter.

Roma crushed Atalanta in their last away game

Mourinho eased the pressure on his team ahead of their big clash in Bergamo, and it did seem to work with an emphatic 4-1 victory for the capital city club. The result put them closer to the chasing pack in the league.

But the draw against Sampdoria in the following match continued their inconsistent run in Serie A. They were also had awful moments in Europe despite finally topping their group to qualify directly to the round of 16 of the Europa League.

Roma is yet to draw their game away from home in both competitions. Out of 9 games in Serie A, they get maximum points in four. Derby’s defeat, losing to both Milan’s sides and Juventus forced many to say Roma struggle against the big boys, but they clinched a win in the in-form Atalanta last time out.

Despite playing nearly half an hour with ten-man after Theo Hernandez’s dismissal, Milan was triumphant in the reverse fixture. Zlatan Ibrahimovic and Franck Kessie scored the goals as they extended their unbeaten run in this fixture to four games. Alessandro Florenzi, who is now plying his trade at Milan, was one of the goal scorers for Roma when they beat them away from home back in 2017.

AC Milan will be one of the teams who will be the most affected by the timing of the AFCON as they lose key midfielders Franck Kessie and Ismael Bennacer to Ivory Coast and Algeria. Summer signing Fode Ballo-Toure will also be with the other tournament favorites Senegal. Davide Calabria, Pietro Pellegri and Simon Kjaer are all out due to injuries.

Amadou Diawara and Ebrima Darboe would be with their national teams for AFCON. Lorenzo Pellegrini and Tammy Abraham are currently on the sidelines with injuries in the meantime.

Statement win in store for both sides

Both would aim to start the new year with a big win. Another away win in a top fixture would put Roma further closer to the top of the table. Milan hope to put the pressure on Inter as Serie A remained the only top-five league with a potential title race.