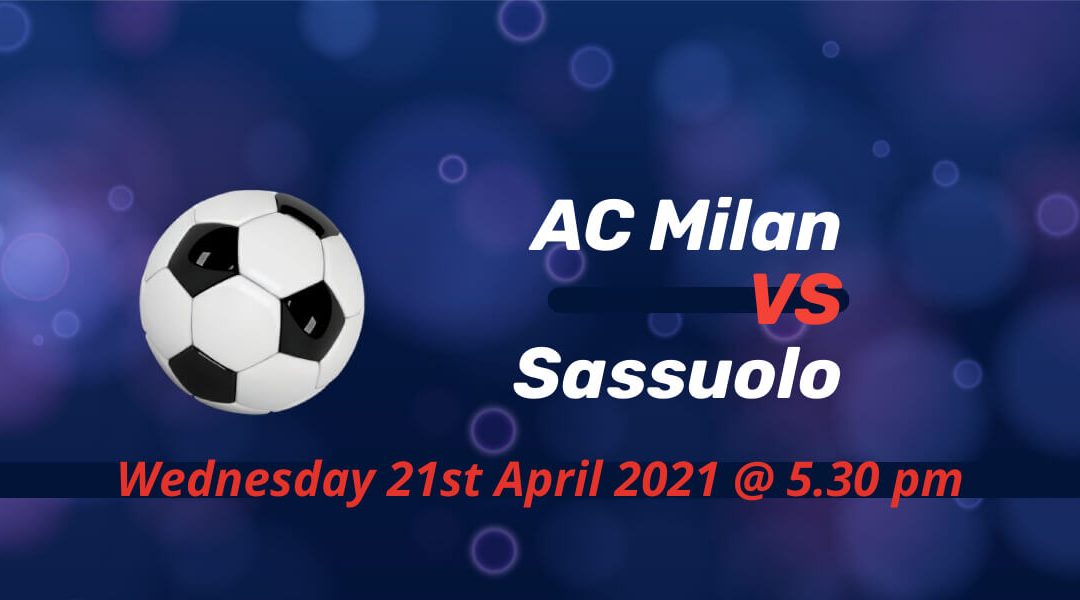 After narrowing the gap at the top at the weekend, AC Milan host Sassuolo in an early Wednesday fixture. Stefano Pioli’s side won against Genoa to be within eight points of league leaders Inter, whose winning streak comes to an end in Napoli later in the day. Sassuolo won back-to-back games for the first time since matchday 4.

While Inter is Milan’s biggest rival and Milan still technically have a chance at the title, it’s the fact that Napoli dropped further points that helped Milan’s case. They’re now six points clear of Napoli, coached by the former Milan player and coach Gennaro Gattuso.

In the other top-of-the-table clash, Atalanta keep their surge for a third successive Champions League appearance with a win against Juventus. This means Andrea Pirlo’s side is also four points behind Milan, with only seven rounds left to play.

Milan won against Genoa without talismanic striker Zlatan Ibrahimovic, suspended after a red card against Parma. Ante Rebic continued with his excellent form with an early strike. Still, the winning goal came via an own goal from Gianluca Scamaca.

The match kicks off at 17:30 on Wednesday 21st April 2021, and the entire game will be available on Premier Sports.

Fans and players favourites Roberto De Zerbi returned to his favourite 4-2-3-1 formation after their defeat at Udinese. Sassuolo played some good football in Serie A, but they struggled for consistency throughout the season.

Federico Barba’s own goal helped them to collect three points from Benevento after the international break. It was the first win away from home for Sassuolo since mid-February. Sassuolo only managed to win three of the 15 league matches since the turn of the year before that.

But they managed to repeat the feat immediately with a come-from-behind win against Fiorentina. Domenico Berardi scored from the spot twice to reach 13 league goals for the season. Maxime Lopez, fresh from signing permanently from Marseille, added a third fifteen minutes from time.

Milan unbeaten in nine against Sassuolo

De Zerbi is yet to beat Pioli after five attempts. Pioli won three of the fixtures while the other two ended in draws. Milan also have a superior record against Sassuolo as they are unbeaten in the last nine meetings. Both of the previous two games ended in a 2-1 win for Milan, including the earlier fixture in the first half of the season where Rafael Leao scored in the very first minute.

Milan will be without Davide Calabria and Daniel Maldini.

Filippo Romagna and Federico Caputo are not expected to make the squad for the visitors.

Another hard-fought victory for Pioli’s men?

Milan are grinding out results in recent weeks. They hope to qualify for the Champions League without much drama in the final weeks. The newly proposed European Super League put everything in perspective as Milan finally get a chance to always play in Europe. Still, their legendary coach Arrigo Sacchi is not behind the idea. But they’re also on the right track to be back to Europe via their league position if it’s needed.