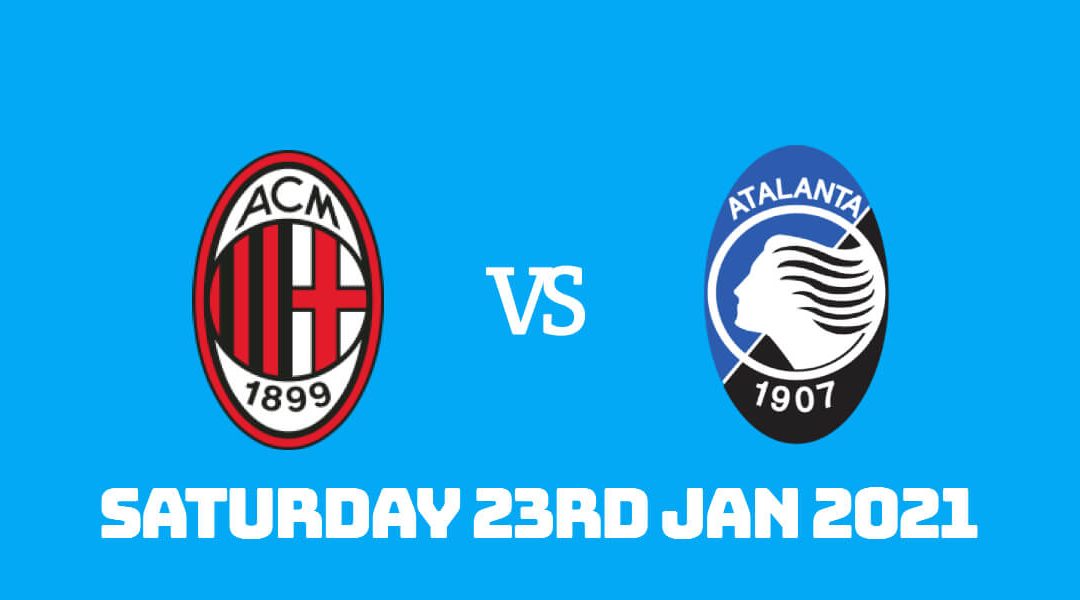 With a host of teams hanging around the top, Serie A is having one of its best seasons of late. This weekend's top clash will see league leaders AC Milan entertain Atalanta. Milan are missing several key players, but they maintained their great run with a routine win against Cagliari on Monday. Atalanta draws their last two games as they ruined a chance to climb up to fourth place.

AC Milan is one of the most decorated clubs in the world. But it has been a full decade since they won their last title. Alongside Brazilian duo Robinho and Alexandre Pato and Antonio Cassano, Zlatan Ibrahimovic was a key figure in the 2010-11 Serie A triumph. Juventus finished 24 points behind Milan back then, but they won each of the next nine Serie A titles.

The Swede star returned to Milan last season, and he extended his stay in the summer after a long discussion with the board. Although he's been sensationally a consistent goal scorer, he missed a large part of the season due to injury, however.

Milan continues to miss several key players from their lineup due to injuries and suspensions, but they still top the standings. Monday's win against Cagliari looked straightforward for a long spell. Still, they end up losing Alessio Romagnoli and Alexis Saelemaekers due to suspension.

The arrival of Soualiho Meite and free agent Mario Mandzukic would bolster the squad as Stefano Pioli's side promises to end Milan's title drought. A derby against Inter Milan in the Coppa Italia awaits them on Tuesday, but they first have to deal with a tough league fixture when Atalanta visit San Siro this Saturday

Atalanta's success story under Gian Piero Gasperini was one of European football's best stories in the last couple of seasons. They managed to keep the core of the side to aim bigger this season, but the Serie A competition is more significant than ever, and they struggle to turn draws into wins.

And, then, there is the sad ending to Papu Gomez's story. The Argentinian was a key figure in Gasperini's Atalanta, but he is finally set to leave after a public dispute with his manager. Gomez's last appearance for Atalanta came in a 1-1 draw at Juventus last month.

Atalanta and Papu Gomez started the season with some aplomb. They scored 13 goals in their first three Serie A games with the captain scoring five and assisting two. A half-time substitution against Midtjylland in a Champions League night is believed to start the quarrel for the star player who nearly went to the Middle East in the summer.

As their success is mainly about Gasperini's exciting style of play than individuals, they fared brilliantly after his absence from the side. The Bergamo club is unbeaten without Papu's service as they also recorded impressive wins against Roma and Sassuolo. The next three fixtures present more big fixtures as they face the in-form Lazio in the league and cup after a trip to San Siro.

5-0 defeat at Bergamo followed up by Milan's resurgence

Atalanta's emphatic 5-0 win against Milan last season made many believe Pioli won't last long on his job. It was the fourth defeat in his first ten Serie A outings at Milan. However, the story is different soon after, as Milan has the best record in the league since the lockdown.

The good news for AC Milan is they will get back Ante Rebic and Rafael Leao's services in attack for this game. Madzukic could also make his debut for the Rossoneri. At the same time, Ibrahimovic scored a brace on his return to the lineup on Monday.

They will still miss a handful of players, however. Hakan Calhanoglu and Theo Hernandez, who was voted Serie A's Player of the Month, would be unavailable once again after their positive COVID-19 test last week. Saelemaekers and Romagnoli are suspended after picking up a red card and a fifth yellow card, respectively, against Cagliari.

Besides Papu Gomez, who is expected to find his next club soon, the former Milan attacker Mario Pasalic is the only absentee for Gasperini's side.

An exciting close game in the making?

It'd be hard to predict this one. Picking the winner wouldn't be as easy as expecting an end-to-end exciting game of football. The two teams already scored a combined 80 goals after 18 rounds.