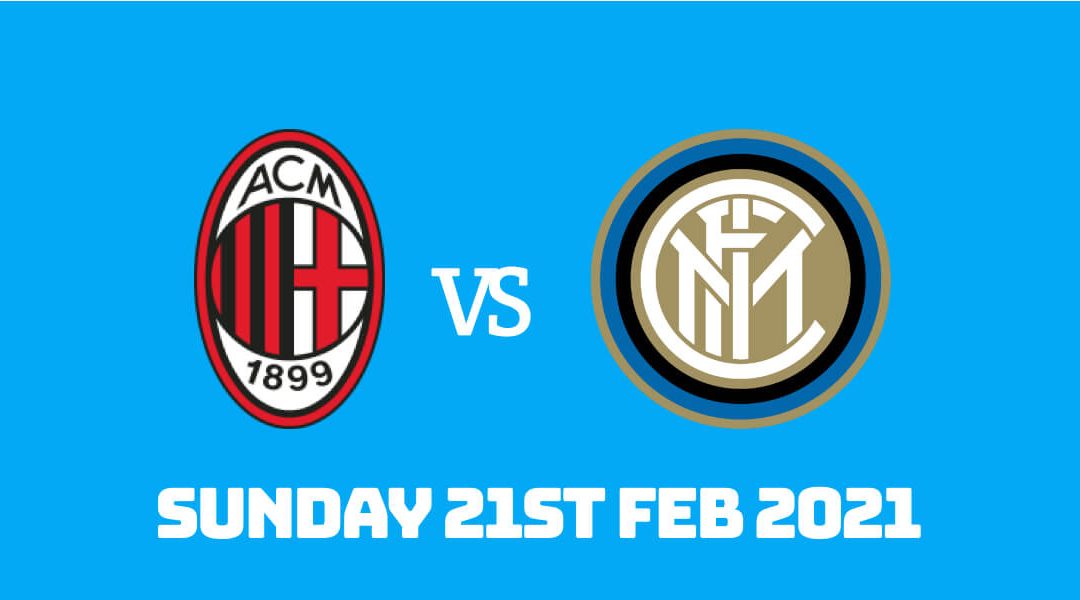 The Milan derby would take place for the 212th time on Sunday. After a lengthy break in Juve's dominance, Inter and AC Milan face each other sitting at the top of the standings. Although the game's importance in the Serie A crown would be immense, the prospect of Romelu Lukaku and Zlatan Ibrahimovic going head-to-head again after the tense moments in the Coppa Italia caught attention.

For the first time in over a year, AC Milan failed to score away from home last weekend. It came against the league's debutant Spezia as Vincenzo Italiano provided a masterpiece display. The league leaders failed to make a single shot on target as Spezia took all the points thanks to two second-half goals.

They were far from energetic going forward on Thursday at Crvena zvezda but, due to the hosts' equalizer in the final kick of the match, they feel hard done by. Milan were dominant and saw two goals ruled off before Radovan Pankov's own-goal off Samu Castillejo's cutback put them in front in the break.

Guelor Kanga levelled the score from the spot early in the second half. Still, Milan restored the lead with Theo Hernandez also scoring from the penalty kick. The hosts were reduced to ten men after, ironically, Milan Rodic saw a red card. However, they still secured a draw ahead of next week's return leg at San Siro.

The match kicks off at 14:00 on Sunday 21th February 2021, and the entire game is available on Premier Sports.

Inter climbed to top spot before the crucial fixture

Antonio Conte's side ended Lazio's good run as they salvaged a 3-1 win against Simone Inzaghi's in-form side. Lukaku scored twice to reach 16 league goals for the season. Lautaro Martinez was under pressure earlier this season. Still, he netted his eleventh of the league season for the insurance goal after Sergej Milinkovic-Savic reduced the score from a direct freekick.

The win put Inter top of the Serie A standing with their city rivals surprisingly losing at Spezia. Inter were also inconsistent in the new year, with the defeat at Sampdoria with goals from their former players and a drab draw at Udinese. But they're the favourite for the title even before they finally climbed to the summit for the first time since the first matchday.

Conte's side is out of the cup both on domestic and continental fronts. Bringing back the Serie A title is the only assignment left for the rest of the season as Milan and Juventus expected to be the closest rivals in the title race. Christian Eriksen, who was expected to leave in winter, is playing his best football at Inter; he would be a big boost for their title credentials.

The Dane scored the winning goal deep in injury-time from a sublime freekick. The game was full of controversies, however. Zlatan, who netted both goals in the 2-1 Milan win over Inter earlier in the league, saw a second booking early in the second half for a needless tackle.

But it didn't come before two crucial moments that defined the Swede star's glamorous career. He opened the scoring with an distinctive finish before getting into a heated fight with Lukaku when the players headed into the dressing room for the halftime break. Both players later received bans for their actions, but the Belgian had the last laugh in this one as he scored from the spot before Eriksen's winner.

Ismael Bennacer is a crucial figure for Milan, but he's only played 11 times in the league this term due to successive injuries. He picked up another one on Thursday, but Pioli is hopeful it'll not keep him from making the squad for the derby. Real Madrid loanee Brahim Diaz could also return to the side after missing the last three games due to thigh problems.

Conte has no injury worries besides Arturo Vidal, who missed the Lazio win due to a bruised knee. The Chilean could be losing his regular place to Eriksen, although his fighting spirit and versatility makes him one of Conte's favourites.

It'll be a close game, with the tension from the last meeting not quickly forgotten. Derby days are not the same without fans, but this one would likely to be as fiery and competitive as ever.