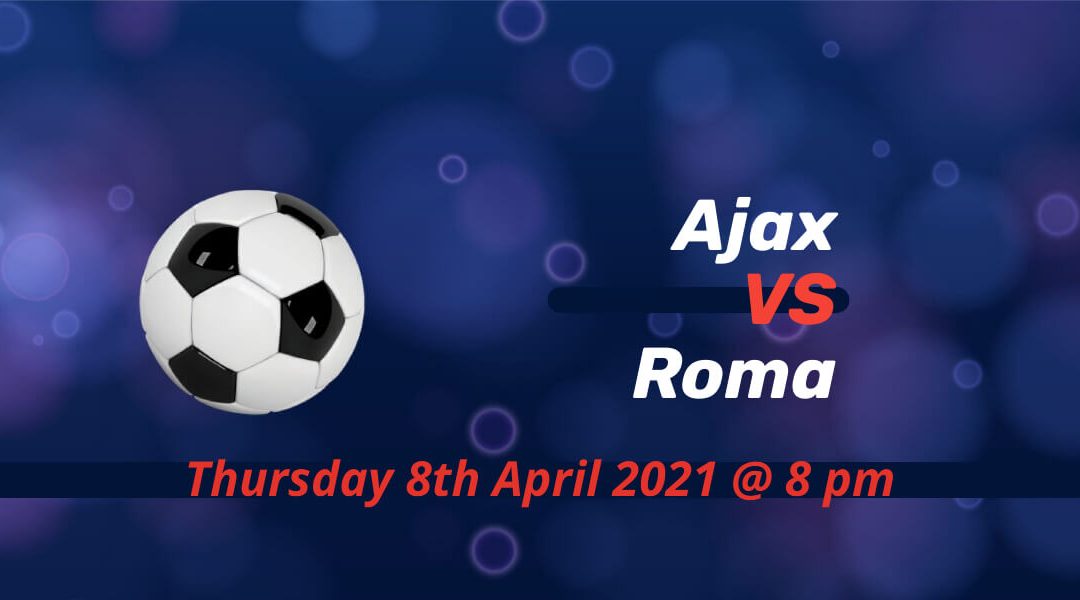 The Europa League's quarterfinal stage will take place on Thursday, with Roma's visit to Ajax one of the standout fixtures. Roma failed to register a win in their last three Serie A games as the dream of qualifying for next season's Champions League is out of the window. Ajax are leading the way in Eredivisie with a comfortable nine-point cushion from PSV.

Not only do they have a big lead in the league, but Ajax also have a game in hand over their closest suitors. Things didn't look this way at the start of the second half of the season, but their run in 2021 that saw them only drop points in two draws created a big game in Eredivisie.

They were in danger of losing for the first time in the calendar year when Mitchell van Bergen put Heerenveen in front on Saturday. But goals in either half from Dusan Tadic and Sebastian Haller maintained Ajax's advantage in the summit.

Haller scored his seventh goal of the season, with Ajax still regretting missing the chance to register him in Europa League, which could impact their season in Europe. Ajax reached the final under Peter Bosz as the young team only lost out to a relatively star-studded Manchester United side coached by Jose Mourinho.

Roma are having a tough time in Serie A

Paulo Fonseca has had a problematic spell in Serie A with no wins from their last three games. Perhaps their involvement in the Europa League kept the Portuguese coach at the helm despite the bad run of results and unconvincing performances in the domestic league.

Roma comfortably dispatched Braga and Shakhtar Donetsk as they made their way into the latter stage of the Europa League. Although both sides are far from world-beaters, they were not considered as an easy seeding for Roma. But Fonseca's side had little trouble tackling their oppositions.

Fonseca beat his country's club and his former side, but he's having a tough time in Italy. They only managed to score six goals from their last seven Serie A games. A 2-2 draw against Sassuolo ended successive 2-0 defeats against Parma and Napoli, with the hosts scoring the equalizer late.

A third head-to-head game between the sides

This will be the third time the two clubs face each other in a competitive fixture. They were in the same Champions League group back in 2002-03. Ajax won the first meeting 2-1 before a 1-1 draw in the Italian capital.

At the time, there was a second group stage for the 16 teams left in the competition after the proper group stage. Ajax progressed from the group, but they were knocked out by eventual winners AC Milan in the quarterfinals.

21-years-old Kjell Scherpen, who is incredibly 2.04m tall, starts on goal against Heerenveen. He could get another chance on Thursday with Maarten Stekelenburg a doubt with a knee injury. Andre Onana, whose contract could be extended at this challenging time for the player, is suspended. At the same time, Haller is not registered for the competition.

Marash Kumbulla, Juan Jesus and Chris Smalling can't help Roma come away with a clean sheet due to injuries. Henrikh Mkhitaryan and Stephan El Shaarawy are instrumental against Donetsk. Still, neither is expected to make the squad for the first leg of the quarterfinal.

The form of the two clubs couldn't be any different, although Roma performed well in Europe this season. Ajax are expected to make it into the semifinal.