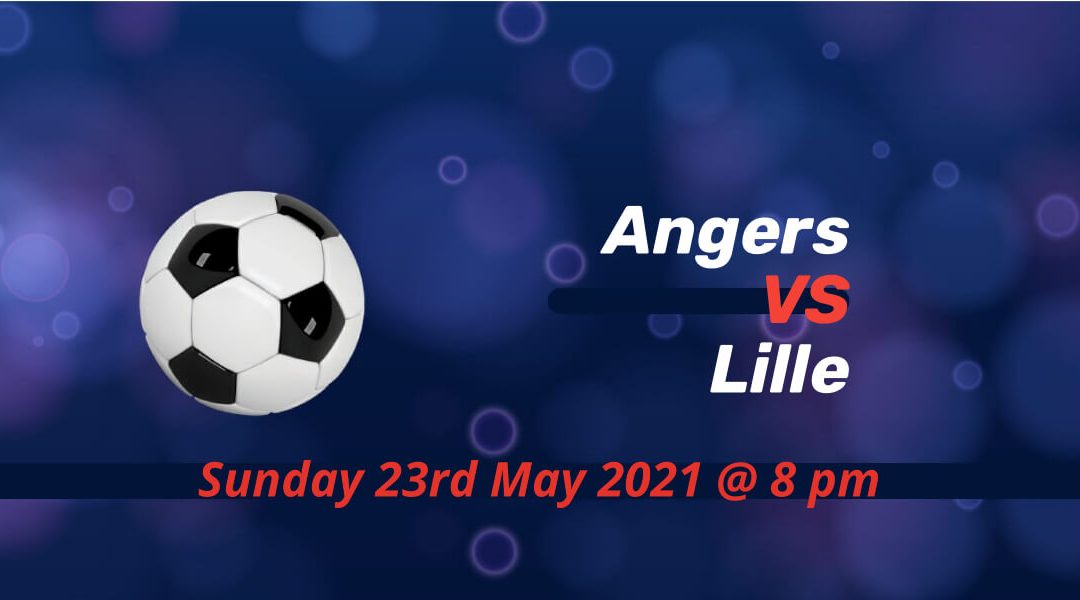 Lille could win the Ligue 1 title if they managed to beat Angers on Sunday. They couldn’t finish the job last week after a goalless draw at home to Saint-Etienne reduced the gap with PSG. Angers will bid farewell to their long-serving coach Stephane Moulin.

Moulin farewell and rebranding for Angers

It’s all about the final home game for Angers on Sunday night as they will have none of Lille’s title concern. Starting from his days as player and youth team coach, Moulin spent three decades at Angers.

He previously led the club to a cup final, but their Coupe de France run this season ended with a heavy defeat at the hands of the eventual champions PSG in the quarterfinal stage.

Their league form also deteriorated in the past few months. Angelo Fulgini’s injury was a considerable setback in the team’s creativity. Angers also had a busy week with the rebranding of the club’s badge in the hope of a new era at the club.

Lille aim to complete the job on the final day

But they will now focus on the final game of the season. Lille had a difficult season, with the club’s financial crisis reaching its climax point. But that didn’t affect the result on the pitch in a title race that has four teams in recent weeks.

Now it’s just two. Monaco still had a chance, mathematically, but Lille and PSG are the main actors in the final round of an exciting Ligue 1 season. A win here would see Lille secure the title for only the third time in the club’s history.

Angers has a superior record against Lille

Angers has five wins to Lille’s three in the sides’ last ten meetings. And the reverse fixture also ended with Angers’ stunning win at Lille. The visitors were 2-0 ahead inside the first ten minutes, and Burak Yilmaz’s late first-half strike was the only response Lille had on the night.

Angers will miss Rachid Alloui with illness, but they get back their midfield hub Fulgini in recent weeks.

Galtier has his entire squad raring to go for the decisive final game of the season.

Lille’s season rest in one game

All the fight in the season now sets them here. Lille will need to step up for one final time if they have to conclude a memorable season with Ligue 1’s title. Highly-coveted Galtier will most likely leave the club after this game, so they need to complete the exciting times with a title. For Angers, Moulin is confirmed to depart after this final last dance.