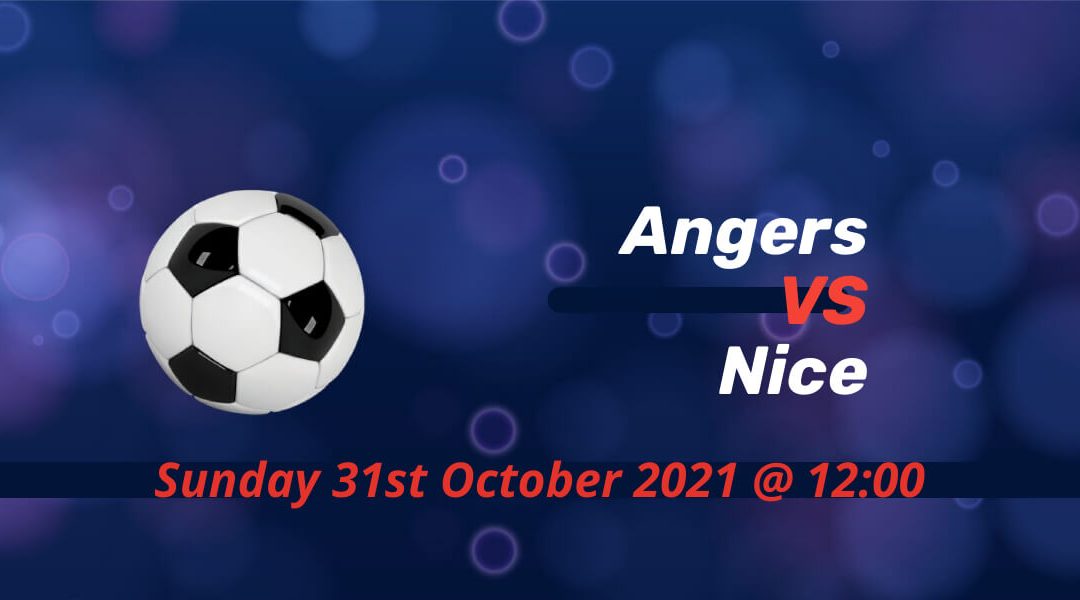 Sunday’s early Ligue 1 fixture will see OGC Nice play their third game in a week as they travel to Angers. Christoph Galtier’s side couldn’t use their opportunity to climb to second in midweek as they draw the rescheduled fixture with Olympique de Marseille. SCO Angers also dropped points last time out as they conceded a late equalizer to bottom-placed Saint-Etienne last Friday.

In their last two Friday outings, Angers were unlucky to not pick up more points. Questionable refereeing decisions meant Gerald Baticle’s side only ended up with a single point from trips to league leaders PSG and cellar-dwellers Saint-Etienne.

They also managed to be in front in both games. But the VAR decisions didn’t reflect the whole thing both times. Further checks confirmed that PSG’s two goals against Angers didn’t pass through the full VAR checks.

And, against Saint-Etienne, it’s a case of chaotic scenes from start to finish. In the game the kickoff was delayed for an hour, Angers denied the win because of a controversial late equalizer by Mickael Nade. After they did score a last-minute against Metz to secure a 3-2 win, Angers kept facing the taste of their medicine.

Nice lost the chance to climb to second

Their start to the rescheduled game against Marseille was reminiscent of their second-half performance in the sides’ original meeting or, most recently, the last ten minutes of Sunday’s game against Lyon.

Nice created chances and in full control of the game. And they did score the opening goal through the wunderkind Amine Gouiri. But they conceded the equalizing goal in Marseille’s only chance of the first half.

The game turned to a dull outing with both teams can’t wait for the final whistle after the break. The result saw both sides remained in their positions — second and third. Galtier, who celebrated Sunday’s victory like a title triumph, will surely feel a missed opportunity as Nice also had the game wrapped up on the first try before the fan violence.

Nice is unbeaten in their last four games against Angers. The last time they lost this fixture was back in 2019 when Angers recorded an impressive 3-0 win. That scoreline repeated twice last season, but in Nice’s favor in both times.

There is no injury news at this time from both camps. Andy Delort is expected to return after he missed the midweek fixture because he wasn’t signed by Nice when they first face Marseille a month ago.

Although they spend big in the transfer market and brought the title-winning coach Galtier, Nice would be content with a top-three finish for now. As for sixth-placed Angers, the target is more realistic. Baticle exceeded expectations in his first post as a head coach, and they will be happy as long as they avoid relegation after separating with long-time coach Stephane Moulin.