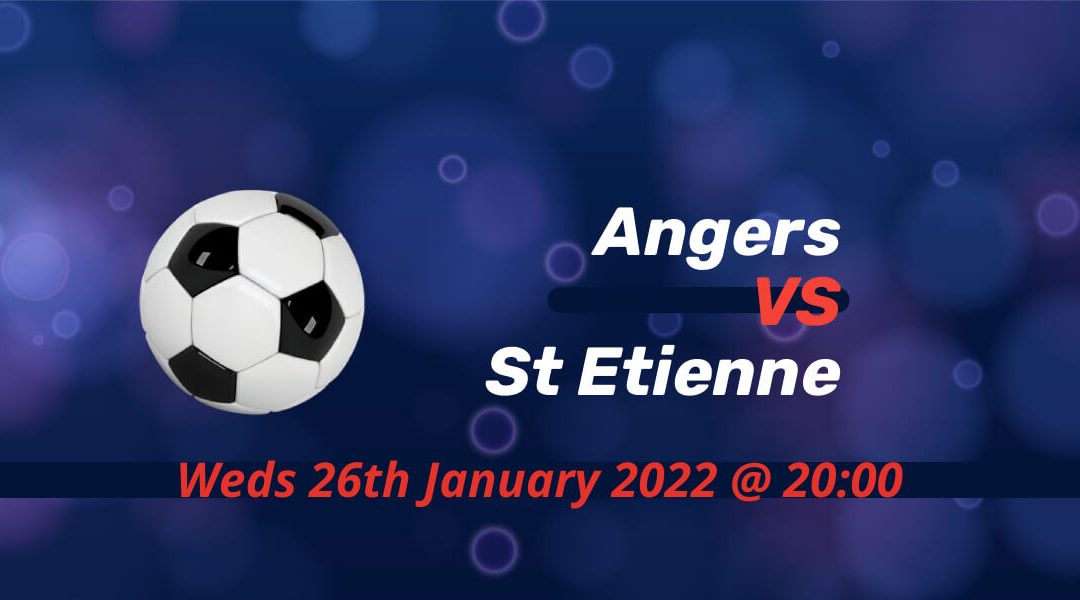 Bottom-placed Saint-Etienne hope to take advantage of their game in hand when they travel to Angers in midweek. Gerald Baticle’s side climbed up the standings with a win in the weekend against newly-promoted Troyes. Saint-Etienne lost for the seventh game in the row when they lost the derby on Friday.

Mangani one of the reliable spot-kick takers in Ligue 1

Thomas Mangani converted two penalty kicks as Angers came from behind to salvage a crucial win against Troyes. The experienced midfielders scored 17 of his 18 penalties in the league since 2015.

And five of them came in this season as he’s their top scorer despite only netting one from open play. Angers missed the elegant winger Soufian Boufal as he’s with Morocco national team for AFCON, but they collected four points from the first two games of the year.

They also added another technically gifted player from North Africa as Nabil Bentaleb joined them after convincing the club on his trial. But, for financial reasons, Angers let their record signing Paul Bernardoni and Sada Thioub join Saint-Etienne on loan.

In another quiet transfer market for European clubs, Saint-Etienne decided to be active in the market with their main target is signing experienced players on a free deal in a bid to avoid the drop.

The main target has been those who used to wear the greens of Saint-Etienne in the past. Three of their five signings were attached to no clubs before Saint-Etienne approached them.

The notable signing Bakary Sako, who returned to the side after leaving the club 12 years ago and spending 18 months training by himself, scored in his debut in the cup from a penalty kick.

Angers felt undone by in the reverse fixture

At the hour mark, it all looked like Angers would go home with three points while Claude Puel was about to be sacked by Saint-Etienne when the two teams met earlier this season. The game had to start an hour later than kickoff time as the home team’s fans created havoc on the stadium. Wahbi Khazri netted a sweet free-kick before Saidou Sow netted the equalizer in the final kick of the game despite Angers’ question of a foul in the buildup.

Boufal is lighting up AFCON as Angers try to cope without him for an undisclosed time. Bernardoni and Thioub will return to Stade Raymond Kopa after their switch to Saint-Etienne in the winter transfer market.

Miguel Trauco and Ryad Boudebouz tested positive for COVID-19. Meanwhile, Saint-Etienne is missing five players because of the African Cup of Nations including the new captain of Pascal Dupraz, Khazri.

Time is ticking for Saint-Etienne

Despite being tipped for relegation in the off-season, Angers flirted with Europe in the first few weeks of the campaign. Now it’s more about first securing survival for Baticle’s side, however. They’re currently ten points clear of the red zone. Interestingly, they only trail fourth-placed Strasbourg by five points. On the other side, it’s all about survival for Saint-Etienne, who has to make seven points difference to even climb to the playoff spot.