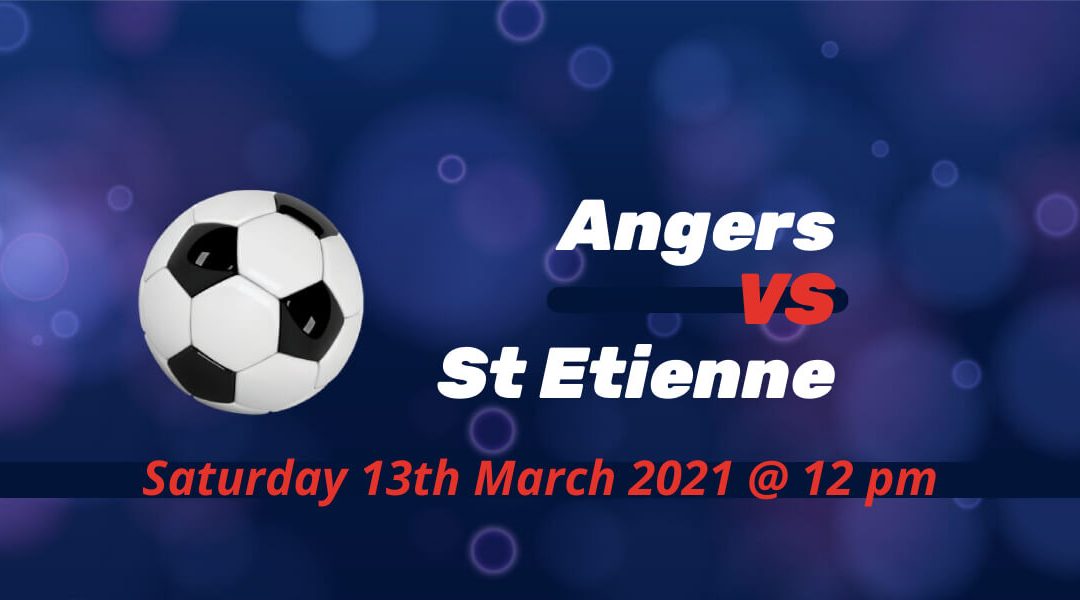 St. Etienne hope to return to winning ways at Angers after defeats to newly-promoted sides Lorient and Lens. A record Ligue 1 title winner with ten triumphs, St. Etienne are only five points ahead of Nimes Olympique. They currently occupy the relegation playoff spot. Angers are instead focused on finishing midtable as they picked up five points in a three-game unbeaten run.

Stephane Moulin is closing on his 400th game as Angers coach. The 53-year-old manager from Paris has been in Angers' managerial positions since 2005, but this is his 31st season working for the club if we include his playing days. After six years in the second team, Moulin was promoted to the first team's head coach role in 2011.

Since winning the promotion in 2015, Moulin has never finished below 14th in Ligue 1. This is an excellent achievement for a club returning to top-tier football after more than a couple of decades in lower divisions.

They're currently in ninth place, which is their best Ligue 1 finish in 2015-16. If they could collect eleven points from the remaining ten games, they could match that point tally this term. Angers also made it into the round of 16 in Coupe de France with a comfortable 5-0 win over Martinique's Club Franciscain last weekend.

Saint-Etienne scored three goals in their last two games against Lorient and Lens, but they didn't avoid defeats to both newcomers. Harold Moukoudi's first-half strike put Saint-Etienne in front at Lorient, but the much-improving side came back stronger after the break to take all the points.

The 3-2 loss at home to high-flying Lens was more dramatic. It was Saint-Etienne's first defeat at Stade Geoffroy-Guichard since the 5-0 reverse in the derby against Lyon. The hosts were two goals down before the half-hour mark against the side aiming for a European spot in their return to Ligue 1.

Moukondi, who only had a single goal before the previous week, added another with a header to brought Saint-Etienne in the game before halftime. In a heated exchange that saw yellow cards dished out, including one to Lens' coach Lilian Nails, the visitors restored the two-goal advantage in injury-time before Saint-Etienne got one back through with Denis Bouanga's penalty-kick.

It took a while but came with style when it happened. Angers beat Saint-Etienne in the 15th attempt last season with a 4-1 win at Stade Raymond Kopa. Casimir Ninga scored a hattrick in this memorable night for the Chad striker at Angers. Those are his only goals at the club as he now plays for the Turkish Super Lig side Sivasspor.

Sada Thioub, Jimmy Cabot and Enzo Ebosse are currently on the sidelines for the home side. Saint-Etienne's Wahbi Khazri only featured 14 times for the club this season, and he's out of this game due to a thigh injury.

Ninga is not at Angers anymore, and the club also separated with the ever-present midfielder Baptiste Santamaria in the summer. However, they still possess the quality to inflict another defeat to the relegation-threatened historic side.