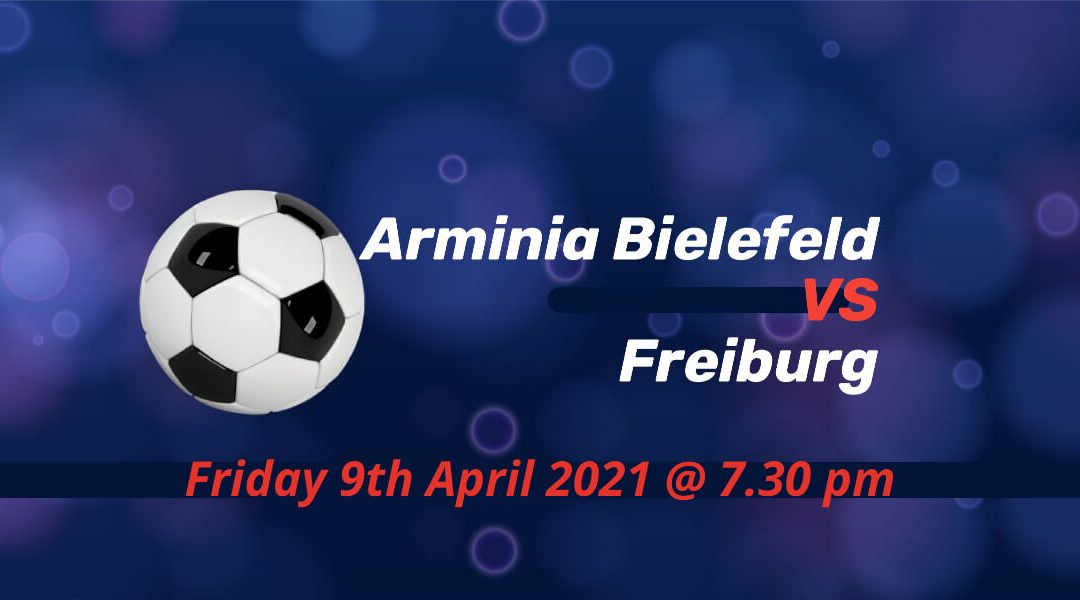 Arminia Bielefeld and SC Freiburg will kickstart this weekend’s Bundesliga action in Shuco Arena. The hosts are in the midst of a relegation fight that currently sees four sides battling it out to make it into next season’s Bundesliga. Freiburg are struggling for consistency as their European dream gets a setback in recent weeks.

Bielefeld dragged to the bottom two

With Mainz and Hertha Berlin improving in recent weeks, Bielefeld now drop into an automatic relegation spot. The good news is Koln continue to have a tough time. The competition has the four clubs fighting over two automatic safety places and a playoff spot.

Schalke are still mathematically safe, but it’s a foregone conclusion that the club who contested a Champions League semifinal ten years ago plays second-tier football next season. Bielefeld is many pundit’s picks in the preseason for relegation, but they won’t go down without a fight.

A managerial change saw Frank Kramer take over, and he managed to secure a surprise win against Bayer Leverkusen. Last weekend’s game at Mainz was a real six-pointer. Bielefeld salvaged a point thanks to Andreas Voglsammer’s first Bundesliga goal.

After an excellent win at BayArena, Freiburg lost three of their last four games. They beat Augsburg with a fine performance and produced a great game against Borussia Monchengladbach despite a defeat.

They took the lead at Borussia Park via Roland Sallai, but Marcus Thuram’s brace saved the day for the hosts. Freiburg were dominant in the early proceedings. They were also unlucky not to get a late equalizer as a VAR review ruled out Kevin Schlotterbeck’s goal.

Christian Streich hopes to achieve European football with the team, but they’re now in tenth place. It’s quite possibly the best side he has at his disposal since he became the coach in 2013. Streich is the league’s long-standing coach by a country mile.

Big win for Freiburg in the reverse fixture

Freiburg’s 2-0 win against Bielefeld kickstarted a five-game winning streak, the biggest under Streich. It came after Freiburg failed to win any of their last nine games since a matchday 1 victory against the other promoted side, Stuttgart. Vincenzo Grifo opened the scoring ten minutes before time, but Woo-yeong Jong’s superb finish was the goal of the match.

There are no injury or suspension worries for Bielefeld ahead of the must-win fixture in their battle to avoid the drop.

Both of the goal scorers from the reserve fixture won’t be available as Grifo has tested positive for COVID-19. At the same time, Jeong, who rarely gets a chance, could be prevented from travelling with the team due to a knock.

Bielefeld to take a massive step towards safety?

Kramer’s plan would be simple as he expects more creative play from the Japanese duo Ritsu Doan and Musa Okugawa. At the same time, Voglsammer continues to be a key cog since his return from serious injury. With a win, Freiburg can close the gap with Bayer Leverkusen and Borussia Dortmund to three points before the two sides play their respective games later in the weekend.