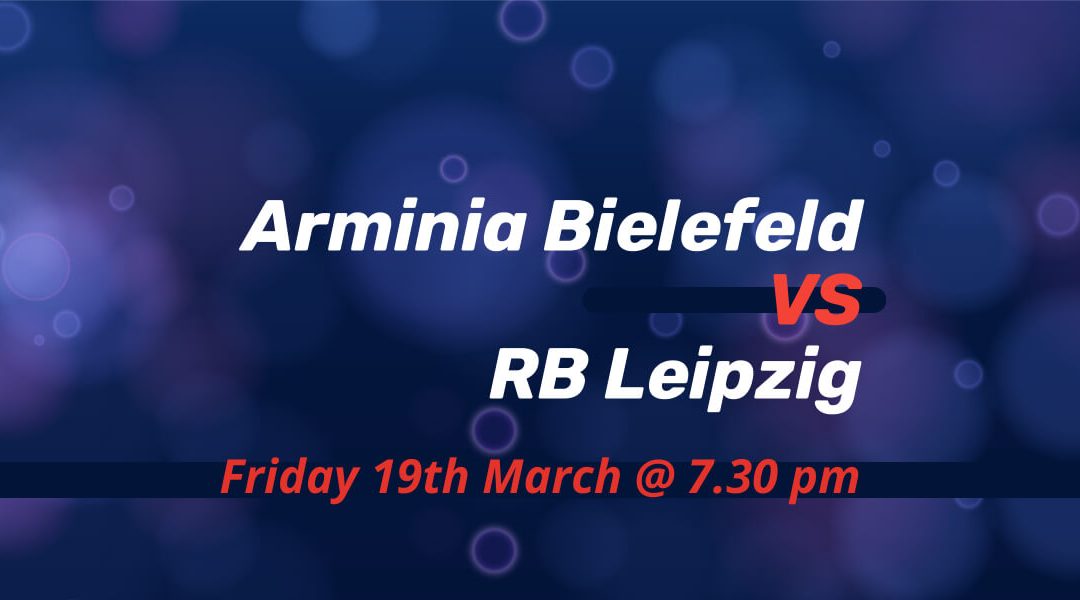 RB Leipzig hope to return to winning ways when they travel to Arminia Bielefeld on Friday. Julian Nagelsmann’s side dropped precious points at home to Eintracht Frankfurt last time out. The draw left a four-point gap between Leipzig and league leaders Bayern Munich, who go head-to-head next week. Bielefeld are out of the bottom three after a surprising win at Bayer Leverkusen.

Bielefeld in a middle of a breathtaking relegation fight

The Japanese connection helped Bielefeld to record a stunning win from BayArena on Sunday. Although Stefan Ortega’s superb save to deny Demarai Gray was the highlight of the game, Ritsu Doan and Masaya Okugawa scored the goals that send Bielefeld away from the drop zone.

After a fine performance from Allianz Arena, Bielefeld recorded another great result away from home. Few expected them to thrive in the relegation fight against the big names of Koln, Mainz and Hertha Berlin. Still, Bielefeld held their own to prolong their Bundesliga stay.

The newcomers made a managerial change after the defeat to Borussia Dortmund. Frank Kramer started with a goalless draw at Union Berlin last weekend. They also failed to score in a game where they finished with ten men, with Werder Bremen recording a 2-0 victory against them in a rescheduled fixture before the win at Leverkusen lifted their spirit.

Leipzig’s run came to an end against Frankfurt

Nagelsmann is yet to win seven successive league games in his managerial career. He had a chance to do so against Frankfurt on Sunday, but they couldn’t hold on to their early second-half lead. Leipzig were the better side before the break, but it was primarily a game played out in the middle of the park.

That changed in the first minute of the second-half with Emil Forsberg’s 100th direct goal involvement in Leipzig colours. The Swede scored from a rebound after Kevin Trapp parried away Justin Kluivert’s effort.

Kluivert was lively throughout the game, but he was wasteful, which shows why he only scored twice since his loan move from AS Roma. Eintracht equalized from a run of play, and Leipzig failed to regain the lead despite the entrance of chief creators Dani Olmo and Christoph Nkunku.

Leipzig 2-1 winners in the reverse fixture

In their first Bundesliga meeting, Leipzig were victorious thanks to first-half goals from Angelino and Nkunku. Fabian Klos pulled one back for the visitors, but Leipzig managed to see out the result to keep their perfect home record at the time. Leipzig only dropped points on three occasions at Red Bull Arena, including Sunday’s draw against Frankfurt.

Nathan di Medina would serve his last game suspension after the red card against Bremen. Bielefeld would also be without Jacob Laursen and Reinhold Yabo.

The first goalscorer in the reverse fixture, Angelino, is still out with a muscular injury that didn’t look serious at the start. Konrad Laimer is recovering from a long injury, but the game has come too early for him and summer signing Dominik Szoboszlai. Dayot Upamecano was substituted off with a thigh injury against Frankfurt as he will have to sit this one out.

Leipzig to warm up for the big one with a win?

Nagelsmann, who is rumoured to be linked with a job with the Bavarian giants, will face Bayern next week, but they have to deal with this one first. A win here would put pressure on Bayern, who will face a strong Stuttgart side the next day. The head-to-head fixture, then, would give a considerable hint where the title could go come May.