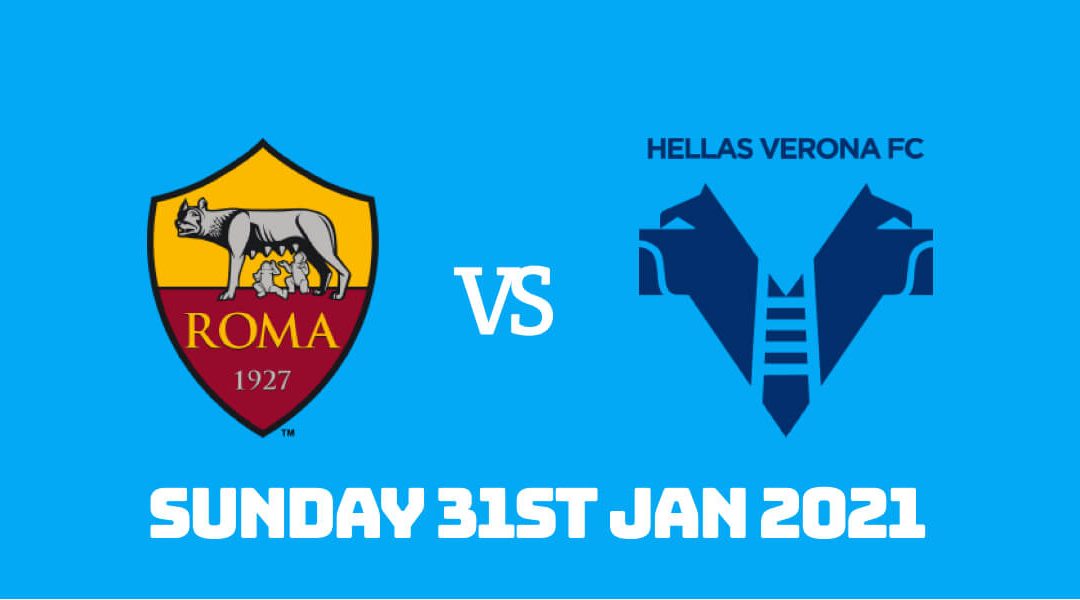 After their thrilling wins in the previous week, AS Roma and Hellas Verona round off the weekend's Serie A actions on Sunday. Neither team participated in the midweek Coppa Italia fixtures as they were eliminated in previous rounds. Roma came into this one after a dramatic win against Spezia, the team that knocked them out of the cup. Verona stunned Napoli to climb to seventh in the table.

Roma has the last laugh against Spezia

We were treated to not one but two exciting games between Roma and Spezia last week. The sides first met in the round of 16 of Coppa Italia. As expected, the Serie A debutant is playing to avoid relegation in the league. With Roma one of the teams with an outside chance for the title, a surprise wasn't on the menu in the tie.

But it was one memorable tie from the start until, well, after the final whistle. Spezia took a 2-0 lead in the first fifteen minutes at the Olimpico di Roma. The capital club fought back to force an extra-time thanks to goals from midfielders Lorenzo Pellegrini and Henrikh Mkhitaryan on both sides of half-time.

The extra-time drama started when Gianluca Mancini and Pau Lopez saw red cards in the space of a minute to leave Roma with nine men on the pitch. It took until the second-half for Spezia to regain the lead. Still, they were already in the quarterfinals before that. With his attempt of hanging on to force a penalty shootout, Paulo Fonseca made two substitutes which makes the total six.

It leads to Roma losing the tie 3-0, but they also lost on the pitch with two late Spezia goals. It was a perfect chance for Roma in the weekend to make up for the cup exit. But they faced further disappointment when former Roma striker Daniele Verdi, who also scored in midweek, made it 3-3 in the 90th minute. The celebrations were as if Roma had lifted the title after they won it late with Pellegrini's injury-time strike.

The 1980s were Hellas Verona's golden years. They famously crowned Serie A champions in the 1984-85 season, against all odds. Two years later, they finished fourth in Italy's top-flight. To this day, that's the last time they have found themselves in the top echelon of Serie A table.

Last season's ninth-placed finish was impressive, but they now plan to climb up further in the table. The shock win against Napoli means there would be no relegation scare in Verona's second half of the season.

When Hirving Lazano opened the scoring in the first minute, Napoli expected to have another of their efficient days in front of the goal.

Gennaro Gattuso's side lost the Super Cup, but they beat Fiorentina 6-0 in the previous week. But Verona had other ideas as they came from behind to record their fifth home win of the season.

Mattia Zaccagni was the star player once again with a goal and his seventh assist of the season. The attacking midfielder is directly involved in 12 of 25 Verona goals this season. The attack is not Verona's strongest point as relegation fighters Spezia and Torino scored more goals than them. But Verona has the best defensive record in Serie A with only 18 goals conceded in 19 games.

The Cup exit was not the first time Roma lost a game on forfeit. The first matchday of Serie A saw a goalless draw between Verona and Roma. Still, Verona was awarded a 3-0 win with Roma's faulty registration of Amadou Diawara.

Edin Dzeko is expected to leave Roma this month; there is a potential swap deal with Inter that would see Alexis Sanchez joining Fonseca's side. Apart from long absentees, Pedro will miss Sunday's game due to muscular problems.

Verona's new signings Kevin Lasagna and Stefano Sturaro aren't expected to join the team in Rome. Defender Giangiacomo Magnan is suspended for this game after his fifth yellow card of the season against Napoli. Miguel Veloso and Andrea Favalli are currently on the sidelines.

A close game is expected

Roma started the season brightly but the last few weeks have been difficult for Fonseca. They were awful in the derby defeat against Lazio before minnows Spezia challenged them twice in four days. Verona is yet to concede more than a goal in a game in 2021, and their strong defence could see them return home with a point from Roma.