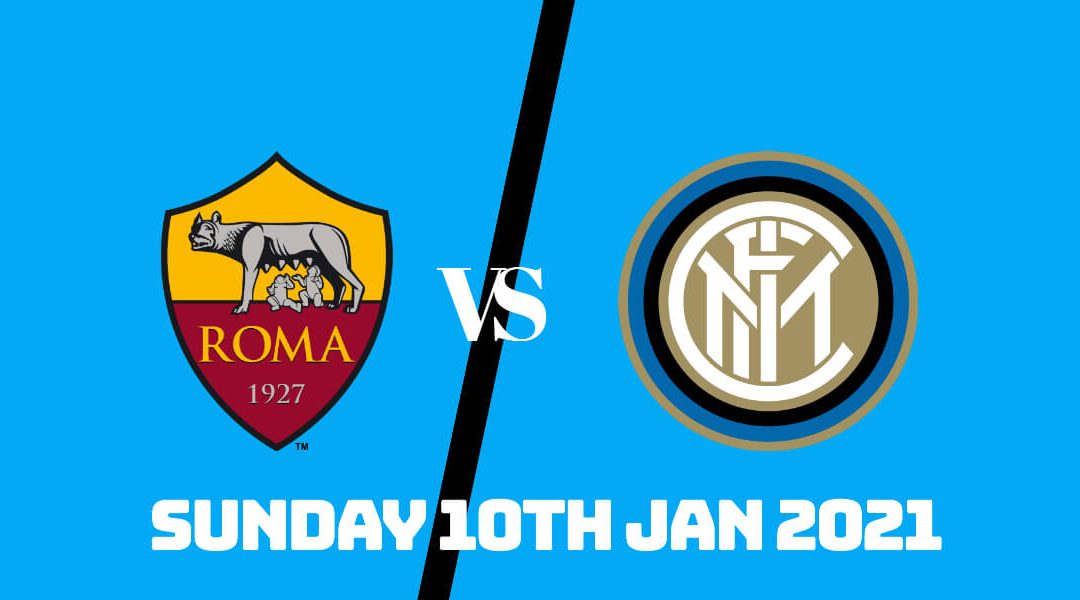 Sunday’s Serie A actions start with a top of the table clash as Antonio Conte’s Inter Milan side visit the capital to face surprise packages AS Roma. The last five meetings of the side all ended in draws. Inter saw their impressive eight matches winning streak come to an end at Sampdoria in the midweek which helped Roma close the gap with the Nerazzurri to just three points after a comfortable win at bottom-placed Crotone.

Conte had a decent first season at the sleeping giant Inter Milan, but his outspoken character caused a stir with the club’s officials. He reached the Europa League final while finishing a point behind champions Juventus in Serie A. However, their Champions League group stage exit by the hands of Borussia Dortmund didn’t sit well after the club’s hefty investments.

Once again, Inter knocked out of Europe by a club that has Borussia in their name. After a disappointing goalless draw in the final game against Shakhtar Donetsk (the side they beat 5-0 in last season’s Europa League semifinal), the Italian side finished bottom of their group.

In the league, the story is different. After their defeat in the derby, Inter went on an unbeaten run that includes eight competitive wins. It took former Inter players to halt the run as Antonio Candreva, and Keita Balde helped Sampdoria to a 2-1 win in midweek against Serie A’s second-placed team.

Inter associated with plenty of outgoing transfer stories off the field as Conte had one of the biggest squads in Europe. Radja Nainggolan joined Cagliari on loan for a third time in his career while Christian Eriksen is at the exit door after a disappointing year in Italy.

The match kicks off at 11:30 and the entire match is streaming live on Bet365

Paulo Fonseca and Roma in an upward trajectory

Despite Juventus winning each of the last nine league titles, Serie A has a boost as many clubs showing signs that they finally can compete with the Old Lady. Unlike many of these clubs, Paulo Fonseca is yet to have the luxury of big investments to improve his squad, but his side keeps showing improvements as they aim to return to Champions League.

Roma’s league start wasn’t ideal as their goalless draw at Hellas Verona turned to a forfeit win because of a mistake in player registration. After a highly-entertaining draw against Juventus, Roma won ten of their last fourteen league encounters. They also make it to the knockout stage of the Europa League.

Henrikh Mkhitaryan is enjoying his football after a difficult spell in English Premier League. He’s currently the club’s top-scorer ahead of talismanic striker Edin Dzeko. Fellow midfielder Jordan Vertout is also enjoying a great season at the capital side. Both players initially joined Roma on loan before their transfer turned permanent in the summer.

For the time being, they rely on such deals with Borja Mayoral — who scored a brace at Crotone — look to be the next one. It could all change fast, however. In the summer, Roma sold to billionaire businessman Dan Friedkin. Investments could soon follow as there are also relaxed FFP rules due to the pandemic effect.

The last time a winner emerged from this fixture goes back to August 2017 when Inter came from behind to record a 3-1 win in the capital. Inter’s captain at the time, Mauro Icardi scored two goals as they rallied in the final half an hour. His replacement Romelu Lukaku scored a late equalizer for Inter in the corresponding fixture last season.

Danilo D’Ambrosio and Matias Vecino are out of this fixture with injuries. Conte could make some changes to the side after their defeat at Sampdoria. The likes of Lukaku and Arturo Vidal are expected to return to the starting line in place of Alexis Sanchez.

Roma also rested key players Lorenzo Pellegrini, Dzeko and Veretout in the midweek as they all started on the bench for the game at Crotone. Leonardo Spinazzola could also return to the side after injury while Pedro and Federico Fazio are certain absentees.

With the sides’ current form, this could be another occasion with nothing to separate the sides. There is the big occasion of the derby against Lazio for Roma next Friday while Inter host champions Juventus.