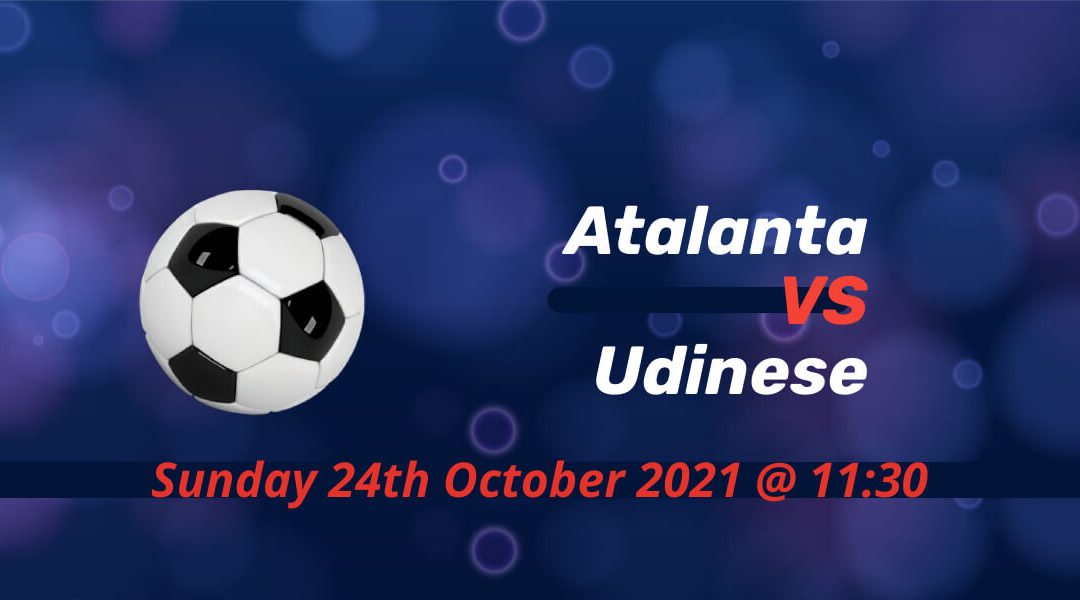 After their hard-fought game at Old Trafford, Atalanta host Udinese in Sunday’s early Serie A fixture. Gian Piero Gasperini’s side has had a slow start to the season but they are only a point off from the Champions League spots. Udinese sit in mid-table after collecting nine points from the first eight matchdays.

It’s only Atalanta’s eleventh year in Serie A, but the last few years established them as one of the top teams of the league. Gasperini managed to grab Champions League qualification in each of the last three campaigns.

It’s a huge feat for the club that never had this experience in its entire existence. The start of the current season hasn’t been in the usual standard, however. Atalanta had a solid start in the Champions League, but their Serie A season is yet to gather pace.

After collecting a single point in back-to-back games against the Milan clubs, Atalanta secured their biggest win of the season away at newly-promoted Empoli. Josip Illcic scored a brace inside the first half an hour to end his barren spell.

Luca Gotti’s side was in-form when they faced Napoli at Dacia Arena on matchday 4. The club extended the contract of the coach against the odds in the offseason. Following a four-goal thriller in a draw against Juventus, Udinese managed to win successive games without conceding a goal.

But the 4-0 defeat to the invincible Napoli kickstarted three games losing streak without them scoring a goal. They lost narrowly to AS Roma and Fiorentina as they slipped to the bottom half of the standings.

The last two games saw them avoid defeat. Udinese shared the spoils with Sampdoria and Bologna before and after the second international break of the season. Roberto Pereyra, Beto and Gerard Deulofeu — who all had spells in European giant clubs — are the main creative hubs for the side in the attacking line.

Atalanta undefeated by Udinese since 2017

Federico Mattiello and Lukasz Teodorczyk are suspended from both teams from this encounter. Hans Hateboer, Matteo Pessina, Robin Gosense and Berat Djimsiti — who all played big roles last term — are yet to return from injury.

Isaac Success and Nehuen Perez have been on the sidelines for Udinese in the past weeks.

It’s a Serie A weekend that will end with two top-of-the-table fixtures. Roma host Napoli before the final match takes place in San Siro between the last two champions — Inter Milan and Juventus. This presented a chance for Atalanta to gain ground after their mediocre start to the campaign. Udinese is currently winless in five matches.