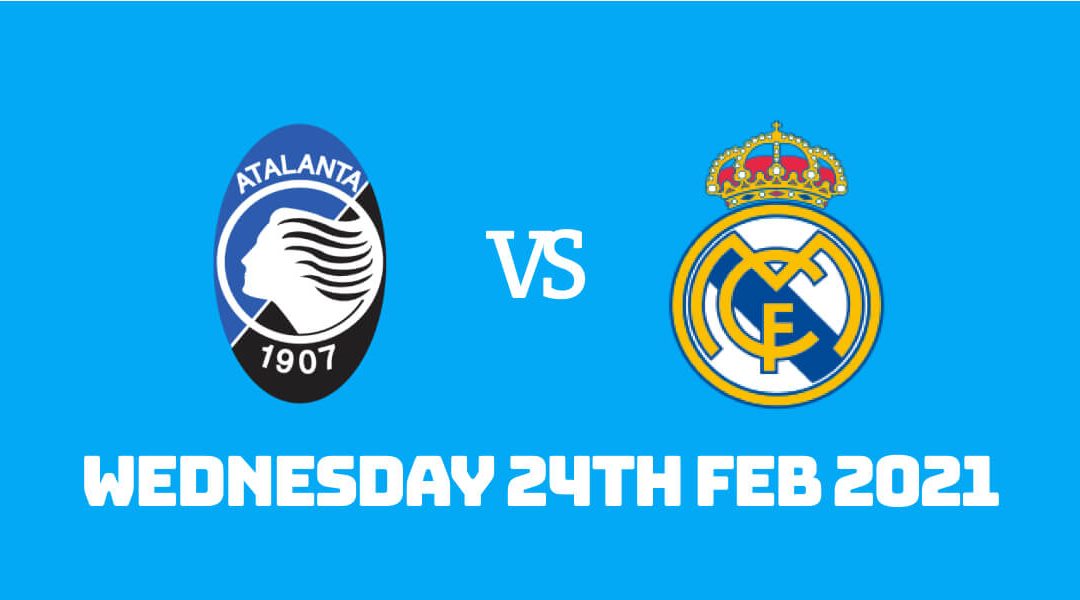 Atalanta and Real Madrid go head-to-head for the first time in the Champions League round of 16. The first leg would take place at Gewiss Stadium on Wednesday as Gian Piero Gasperini's side hope to reach the quarterfinals for a second season running. After a wobbly start to the season, Zinedine Zidane straightens things up as Real Madrid closes on Atletico Madrid in La Liga's title race.

Gasperini's Atalanta as exuberant as ever

The competition is getting tough in Serie A, and Atalanta lost their marquee star, Papu Gomez. However, they still play exhilarating football and score tons of goals. In his fifth season at the Bergamo club, Gasperini still going strong as minnows Atalanta continue to dream big.

Gasperini was once relieved of his duties from Inter after only five games. He was winless as a Nerrazuri coach, with his last game resulting in a 3-1 defeat to Navaro, the club who just returned to Serie A after more than half a century back then. After the 2011 debacle, Gasperini worked his way up again with a positive spell at Genoa.

However, he wasn't in the managerial dugout for the majority of the weekend's win against Napoli. A heated protest for Matteo Pessina denied a penalty-kick meant he was sent-off in the first half. After the break, the game got going as the Colombian duo Duvan Zapata and Luis Muriel helped Atalanta to a crucial 4-2 win against a direct competitor for a top-four finish.

Real Madrid are back in La Liga contention

Zidane's troops won the league last season following a series of narrow wins after the lockdown. We're witnessing the same after a shock home defeat to Levante seemingly ended the title race. They're not spectacular and free-scoring, but Real continue to do the job with odd goals.

Casemiro is one of the key players in this regard as the Brazilian defensive midfielder keeps delivering when they face difficulty. He was essential in helping the 13-times champions make it to the knockout stage with a goal and assist late on at Borussia Monchengladbach.

He also scored the game's only goal at Real Valladolid as Real Madrid closed within three points to league leaders Atletico Madrid, who still have one more game at hand. The top two will face each other next month at Wanda Metropolitano, but the focus now relies on tricky fixtures against Atalanta and Real Sociedad.

Atalanta has never been in Europe's premier competition before last season. This would be the first time they face the record Champions League winners. In games played before and after lockdown, Gasperini's side knocked out La Liga's side Valencia with a stunning 8-4 aggregate victory last season.

Joakim Maehle is expected to return to fitness, so fellow right-back Hans Hateboer is the only Atalanta player who will miss the fixture.

The story couldn't be any more different for the visitors, however. Top-scorer Benzema's latest injury means Real Madrid only have eleven senior outfield players for the trip to Atalanta. The lengthy injury list has five defenders, including captain Sergio Ramos and big-money signing Eden Hazard further upfield.

Atalanta were fearless in their late defeat to eventual finalist PSG in their first appearance of Champions League last season. The injuries to Real Madrid and Atalanta's recent good run of results, which includes reaching the Coppa Italia final, would fill them with confidence for the big tie.
Zidane will not have options on his bench, but the experience of the midfield trio of Casemiero, Luka Modric and Toni Kroos could prove crucial once again.