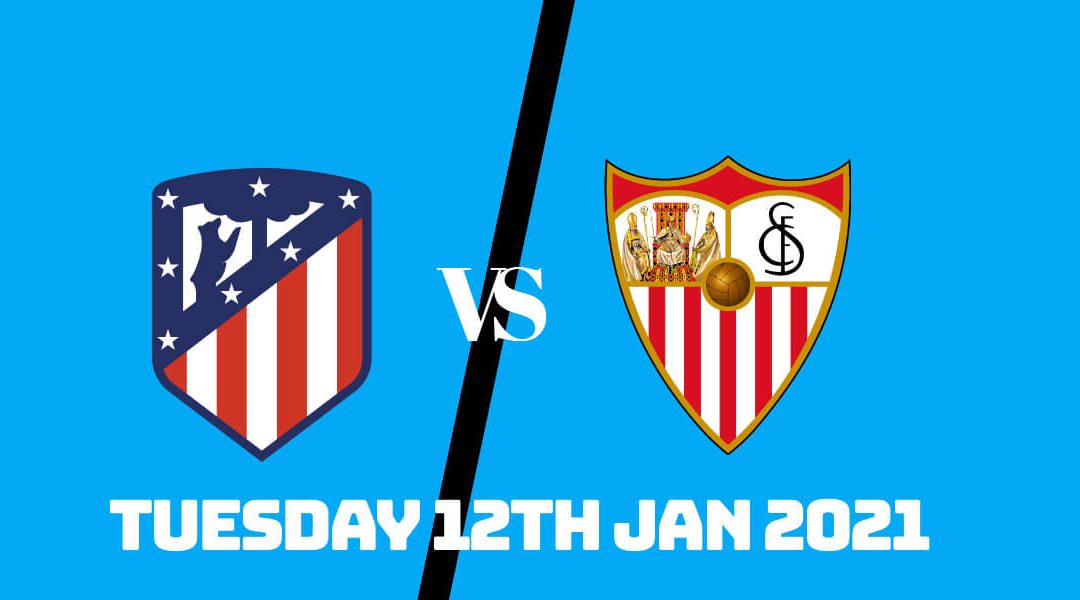 While the cup finalists and the top two teams from 2019-20 La Liga season head to Seville for the Super Cup, league leaders Atletico Madrid face Sevilla in a rescheduled fixture. Diego Simeone's side could extend their gap with city rivals to four points while still having two more games in hand. Sevilla also has the chance to close within a point to second-place Real Madrid if they win their two rescheduled games including Tuesday's game in Madrid.

Atleti on the cusp of breaking Liga duopoly

Since Atletico Madrid clinched the La Liga title on the final day at Camp Nou back in 2014, Barcelona and Real Madrid dominated the last seasons. Still, Atleti finishing in the top three in all of the past six seasons and a couple of Champions League final appearances and the 2017-18 Europa League title, speaks volume for Simeone regarded as one of the top managers.

While the expectations were always big every summer, this could finally be the season when they finally reunited with the league title. The current standings give you a glance that the scheduling was inconsistent while games over the weekend were postponed due to bad weather. Atleti's first two games of the season were rescheduled due to their involvement in last season's Champions League knockout stage.

As always, Atleti's solid defence is the foundation for their success. They only conceded six goals in fifteen league games. In the offensive front, Luis Suarez's late acquisition from Barcelona proved key as the Uruguayan netted nine times in his twelve league appearances including a late winner in their last league game at Alaves. Last summer's big-money transfer Joao Felix is also settling now with five goals and four assists to his name.

With Diego Costa leaving the club earlier in this transfer market, Simeone targets to add another striker to his ranks. Lyon's Moussa Dembele is edging closer to join the La Liga outfit on an initial loan as the French forward is keen on the move. Atleti lost to third-tier UE Cornella in the cup, and they await an enticing clash next month against Chelsea in the round 16 of the Champions League.

The match kicks off at 20:30 and the entire match is streaming live on Bet365

Real Madrid is the only team to beat Atleti in the league so far, and it's the only team to inflict defeat on Sevilla since November. Julian Lopetegui's side came out victorious in the weekend in a five-goal thriller against Real Sociedad. Moroccan target man Youssef El-Nesyri scored a hattrick as he already equalled his last season's eight league goals tally.

El-Nesyri netted one-third of the goals Sevilla scored this season in all competitions. They're through to the next round of Copa del Rey while they face Borussia Dortmund next month as they aim for only their second win in a Champions League knockout stage tie. For all their dominance in Europa League, Sevilla's record in Europe's premier competition left plenty to ponder.

In La Liga, the fourth-placed finish last term is joint-best since 1950-51 season. All sections did not welcome Lopetegui's arrival after a tumultuous time at the Spanish national and Real Madrid teams. But he proved his doubters wrong and earned himself a long-term contract extension after a decent start following the season in which he lands Sevilla's sixth Europa League triumph.

Each of the last four games between the sides ended in draws. Their last encounter produced four quickfire goals in the first-half like Sevilla's last game against Sociedad. Antoine Griezmann scored a hattrick the last time a winner emerged from this fixture as Atleti opened up a five-goal lead before eventually winning 5-2 at Ramon Sanchez Pizjuan.

Sevilla only managed one win against Atleti in Liga since 2010. Sevilla's last away win in this fixture in La Liga dated back to 1995/96 season when Simeone was part of Atletico's midfield.

Simeone would be without Hector Herrera and Jose Gimenez's service due to injury while England international Kieran Trippier is serving a lengthy ban for breaching betting rules. Stefan Savic's return would be a boost for Atleti's defence as he is back from a one-match ban for picking up his fifth yellow card of the season.

Sevilla would still be without Tomas Vaclik, who was the star goalkeeper in their Europa League run last term. Carlos Fernandez and Sergio Escudero are other players from Sevillawho will miss this fixture due to injury.

Both sides came into this fixture with great form. Before the weekend's win against Sociedad, Sevilla conceded three goals in seven La Liga games. Atleti's defence stability is well known as Jan Oblak already kept ten clean sheets in the league. This could be a hard-fought game with fewer goal-scoring opportunities in both ends.