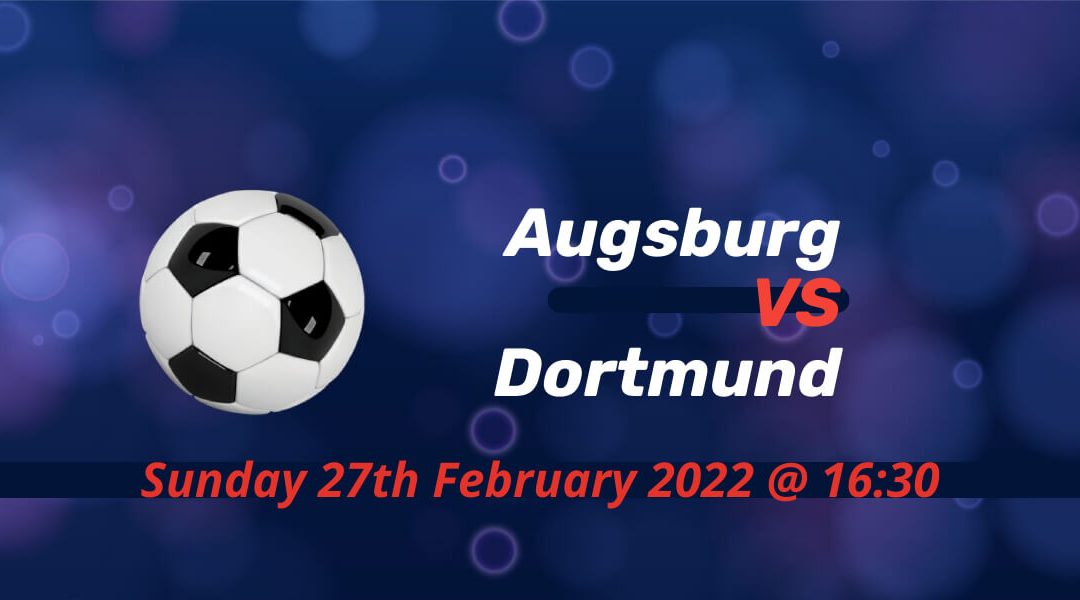 They had another bright transfer window with the arrival of the sought-after striker Ricardo Pepi from MLS, but Augsburg is still marred in the relegation fight with only VfB Stuttgart and Greuther Furth sitting below them in the standings.

They can have another lifeline with the playoff to save their league status if they end the season at 16th place. Pepi has seen few minutes of action in the last two games as he failed to brighten up the side’s attack in his first few starts.

Augsburg rarely finished a season without a relegation scare, but this could be the most serious challenge for the club who is yet to face relegation since their debut Bundesliga season in 2010/11.

The match kicks off at 16:30 on Sunday 27th February 2022, and the entire match will be available on Sky Sports.

Dortmund knocked out of Europe by Sporting and Rangers

After failing to get out of the Champions League group by virtue of a head-to-head record with Sporting CP, Dortmund is now knocked out by Scottish champion Rangers from the Europa League.

Although the two sides won their respective leagues last season, Dortmund fans would feel frustrated to get eliminated by teams outside the top five leagues in the two European competitions.

The focus would now be reverted to Bundesliga action as they also lost to second-tier St. Pauli in Pokal. The 6-0 win against Monchengladbach maintained their six point gap with league leaders Bayern Munich.

Dortmund lost in two of the last three trips to Augsburg

Erling Haaland’s debut hattrick is the only occasion Dortmund return from Augsburg with three points from the last three trips. At home, they have a fantastic record against the Bavarians, however. Julian Brandt scored the winning goal in the reverse fixture as Dortmund beat Augsburg 2-1.

Andre Hahn will not be available because of a yellow card suspension. Fredrik Jensen and Robert Gumny are on the sidelines with injuries.

Thomas Meunier was back on the field against Rangers, but he was substituted off with another injury at halftime. Haaland is also not expected to return in time for the game played at a stadium that saw him grace Bundesliga for the first time. Gio Reyna and Dan-Axel Zagadou will continue to be in the treatment room. Marco Reus’ injury on Thursday is another worry for Dortmund’s coaches.

Dortmund search for another response

In the wake of the horrid home defeat to Rangers, Dortmund recorded their highest victory under Marco Rose, not least against his former club. Although their performance at Ibrox was far better than the first leg, Dortmund will approach this Augsburg game with a disappointment of the final result. Augsburg, who also beat Rose’s Gladbach last season, will hope to secure another memorable night after their win against Bayern earlier this term.