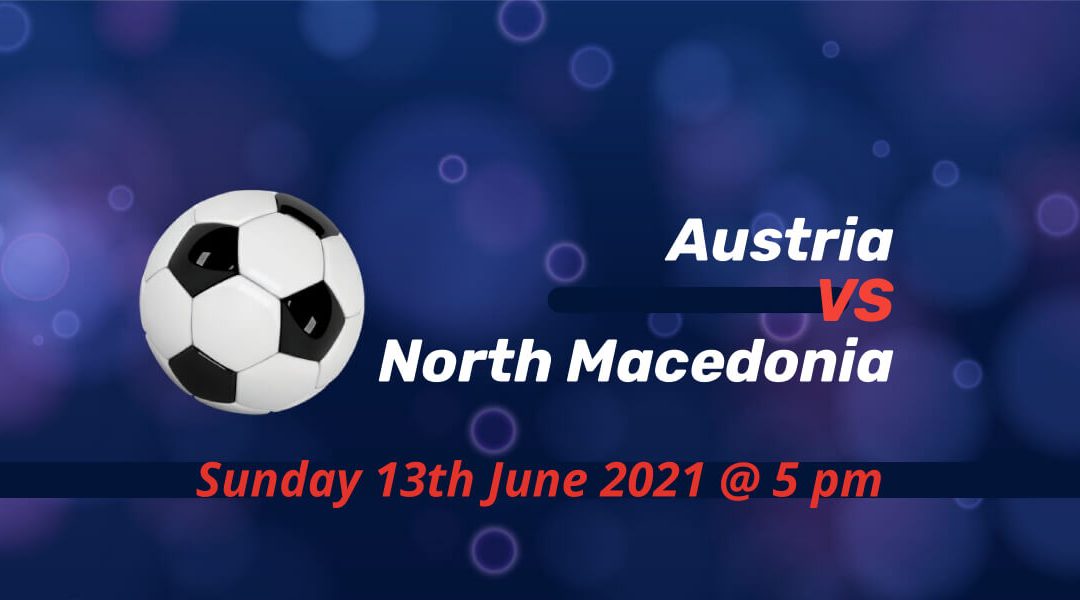 Bundesliga-influenced Austria side face Euros debutant North Macedonia in Sunday’s second Euros game. Austria improved vastly in the qualifiers and Nations League after failing to live up to expectations for a while. North Macedonia finally made it into a final tournament, with Serie A-based players taking a massive part in their successful qualifying campaign.

Austria fancy their chances in the modest group

Apart from the Netherlands, this group doesn’t have any teams usually considered as tournament favourites. However, Austria and Ukraine will fight to follow Ronald Koeman’s side in the knockout stage, while there could also be a team that will make it as one of the four best third-best sides.

Experienced coach Franco Foda will have a potent squad full of top league players; Austria has even more Bundesliga representatives than the German team.

Marko Arnautovic is focused on the tournament, while David Alaba will be the leader of the group with his vast experience. The likes of Julian Baumgartner and Christoph Baumgartner will also be vital in Austria’s packed midfield.

North Macedonia hope to be the darkhorse of Euros

Even with a high-flying win in Germany in their final competitive game, North Macedonia is still an unknown team in Euro 2020(1). Nevertheless, it’s the first time they managed to qualify for a major tournament.

As one who followed their progress, it doesn’t come as a surprise that they went on to repeat their excellent Euros qualifying campaign in the World Cup qualifying group. And they will be hoping to make it to the knockout stage after the favourable draw.

Arijan Ademi, Alioski, Enis Bardhi, Eljif Elmas and the evergreen Goran Pandev will be the star players for the small nation. North Macedonia made it to Euros with a playoff win against Kosovo, who also had a chance to make it to the tournament for the very first time.

Austria progressed ahead of North Macedonia

The teams also seeded together in the qualifying campaign for Euros. Austria won both fixtures, with Foda’s side having a superior record to Igor Angelovski’s fast-improving North Macedonia. It was the first time the two countries go head-to-head.

Marcel Sabitzer will be another key figure in Austria’s midfield. The nation hopes to win a Euros game for the first time. Arnautovic scored twice in Austria’s 4-1 win at North Macedonia in the qualifiers.

With Angelovski’s back-three system, Pandev would be the go-to player for goals. At the same time, youngster Elmas hopes to produce another solid performance like their win against Germany.

This game could be the one that will be viewed the least across the world during this month of football fiesta. But it’s the Euros. Both are looking for their first-ever Euros win, and they have a good chance of making it to the next stage with another modest side in the group in the form of Ukraine. So a win here would boost their chances of playing knockout football.