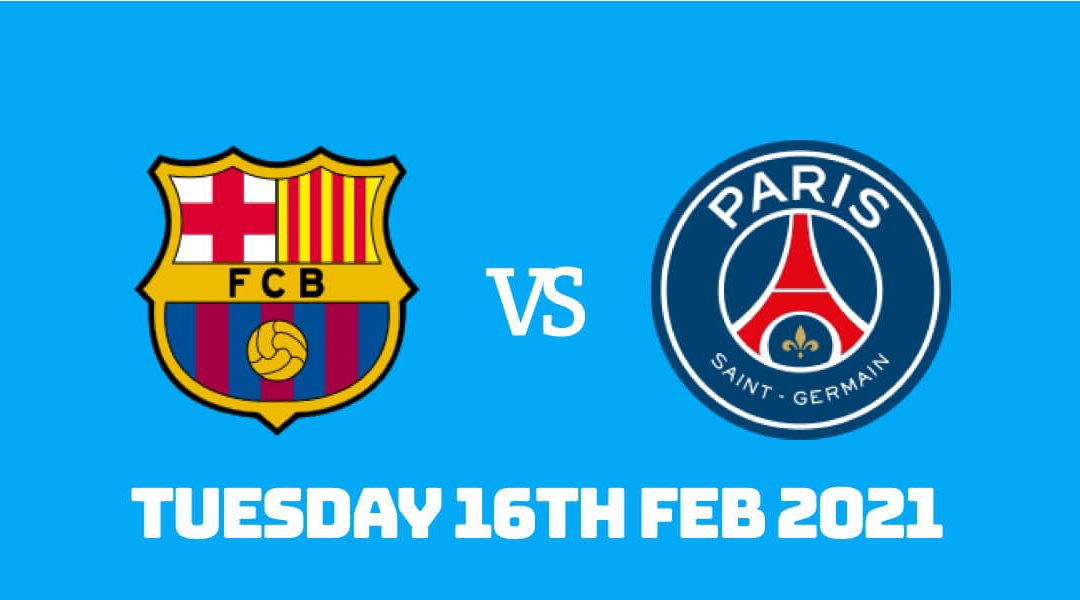 PSG will head into Barcelona for the first leg of the Champions League tie without Neymar and Angel Di Maria. The Parisians are the only team to win in the weekend from Ligue 1’s top four clubs. They closed the gap with league leaders Lille to a single point. Barcelona won each of their seven league games this year, but they lost the first leg of the Copa del Rey semifinals at Sevilla.

Perfect preparation for Barca ahead of the big tie

Barcelona also lost the final of the Spanish Supercoppa to Athletic Bilbao last month. But they regained form in La Liga with only four points dropped from their previous twelve games. Lionel Messi scored two splendid goals in the weekend’s 5-1 win against Deportivo Alaves as Ronald Koeman’s side continued to put pressure on the top two.

With Messi’s contract situation and the presidential election race, Barcelona’s season is dominated by off the pitch topics. The Argentinian continues to deliver the goods after a slow start. He is now involved in 27 goals in 28 appearances in all competitions.

But he continues to dominate headlines with a summer move after his contract expired at the club. PSG is one of the clubs he’s strongly linked with, but Barcelona officials are not too happy about the Ligue 1 club’s sporting director Leonardo discussing the subject in public. The Catalan club continues to rely heavily on Messi, but they get a boost with Antoine Griezmann’s improved performance of late.

The World Cup winner struggled in his first season at Camp Nou, but he shows signs of getting at his best form in recent weeks. This tie would be a big stage for the French international to shine as he faces his compatriot Kylian Mbappe.

In a bizarre move by Mauricio Pochettino last midweek, PSG fielded Neymar in the third round cup fixture at second-tier Caen. The result was a similar adductor injury to the Brazilian star which kept him out of action for three weeks earlier, in the season.

This would be the third time in four years Neymar will miss part of a Champions League knockout fixture. When he was fit last year, PSG reached the final of the competition for the first time in their history. Fellow South American attacker Di Maria will also not be on the plane to Spain with a thigh problem.

PSG could find solace in that they’re no strangers in coping without Neymar this season. The former Barcelona star missed more than half of Ligue 1 fixtures, although he’s been outstanding whenever on the pitch. This made Pochettino’s decision to field him at Caen regrettable as he wasn’t affected by limited game time.

The Parisians will continue their march in Europe after a fruitful weekend in the league. Both Lyon and Lille dropped points, helping PSG to gain momentum in the surprise title race. Moise Kean scored his tenth league goal of the season to secure a hard-fought win against Nice.

Barcelona’s seamless comeback win against PSG in 2017 brought light to the Spanish word “Remontada” to the footballing world. PSG were superb in a 4-0 home win in the first-leg but, inspired by Neymar and co.; the Catalans’ scored three late goals to progress to the next round with an aggregate 6-5 scoreline.

It was the third time Barcelona knocked out PSG from the Champions League. Their first meeting in the knockout stage was back in the 1994-95 Champions League when PSG eliminated Johan Cruyff’s Barcelona in the quarterfinal stage.

Barcelona also have their worries on the injury list ahead of the big tie. Ronald Araujo will be missing from the backline where Gerard Pique is also expected not to return to full fitness. The game also came too soon for recovering Philippe Coutinho, Ansu Fati and Sergi Roberto. Martin Braithwaite missed the win against Alaves with a hamstring injury.

However, none of the absentees would be as big a blow as the recent injuries to Neymar and Di Maria. Pochettino has a tough decision to pick between Kean and Mauro Icardi, but all eyes will be on Mbappe. Juan Bernat, Colin Dagba and Rafinha are not expected to travel due to injuries.

Barcelona to have a slender lead?

With no fans in stadiums, the advantage of playing the all-important second-leg at home has lost some importance. But there is still the away goal rule which could shape how the teams approach this game. Both teams endured difficult times recently in Europe’s premier competition, so they aim for a fresh start in Camp Nou’s showdown.