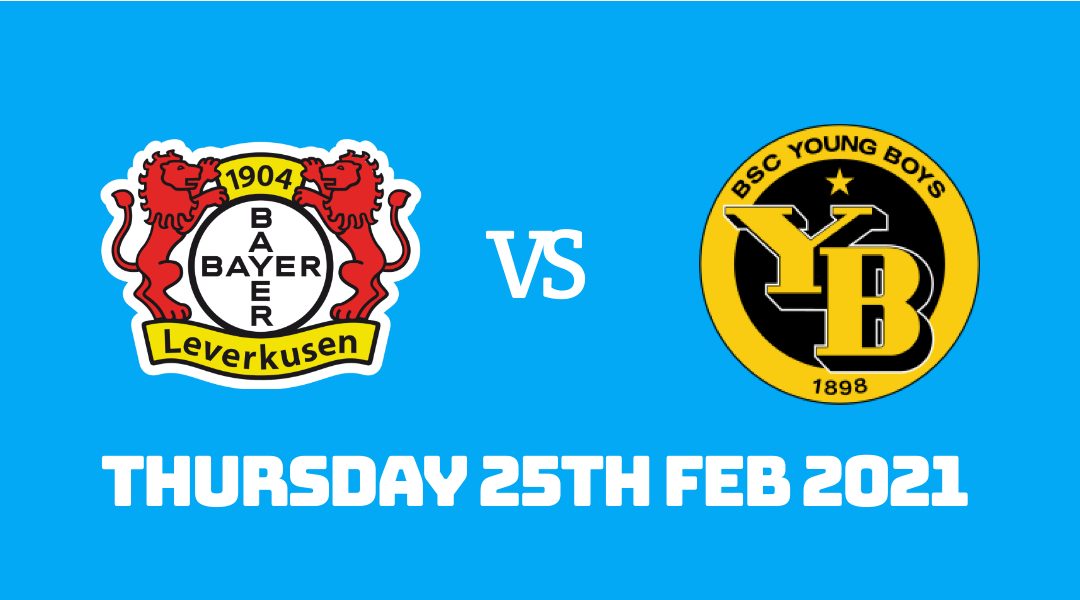 After a rollercoaster first-leg at Stadion Wankdorf, Bayer Leverkusen and Young Boys go again this Thursday for a place in Friday’s Europa League round of 16 draw. Peter Bosz’s side had another disappointing outing on Sunday, but they salvaged a draw in the last kick of the game at Augsburg. A sixth consecutive Super League win helped Young Boys to extend their lead at the top to a staggering 18 points.

Bayer Leverkusen played some great football since the turn of the year, but they have been inconsistent. Florian Wirtz’s absence had a significant effect on the creativity of the side earlier in the year. January saw the club strengthened with three decent transfers with Timothy Fosu-Mensah, Jeremie Frimpong and Demarai Gray.

All the new signings had a good start at the club, and 17-years-old Wirtz is back in the side, but Leverkusen keep dropping points in their bid to finish in top-four. They were uninspired at lowly Augsburg on Sunday as a last-gasp equalizer by Edmond Tapsoba was needed for them to salvage a point. It was the first goal in Leverkusen colours for the Burkina Faso defender after Leverkusen failed to create anything of note against the Bavarians.

Augsburg are yet to beat Leverkusen, but the result was not enough for the Werkself’s Champions League aspiration. All of Wolfsburg, Eintracht Frankfurt and Borussia Dortmund won their respective games on the weekend.

Young Boys looks to clinch their fourth consecutive Super League title in one of the most comfortable points gaps at the top of the league standings. They’ve only lost once after 21 rounds in a ten teams league.

Their 4-3 victory against Leverkusen was one for the ages. Young Boys went 3-0 ahead at the break with the visitors caught by abysmal set-piece defending. As expected, Leverkusen came back stronger in the second-half and made the score 3-3 with quickfire goals.

But Gerardo Seoane’s side wouldn’t be denied a deserved win; Jordan Siebatcheu scored his second and the team’s fourth goal in the 89th minute. Gianluca Gaudino, who was a promising youngster in Pep Guardiola’s Bayern Munich, played a considerable role in the goal as Niklas Lomb made a mess of the midfield’s long-range effort.

The first knockout tie between the clubs

Last week’s memorable outing was the first time the two clubs met in a competitive fixture. There has been only one transfer between the clubs so far. Pirmin Schwegler, who later spends successful spells at Eintracht Frankfurt, TSG Hoffenheim and Hannover, had a loan spell at the Swiss club in the 2005-06 season.

Lukas Hradecky would be out of action until the end of March, so Lomb will have more opportunities between the posts. However, he’s not having the best of times, with another rookie mistake in the draw at Augsburg at the weekend. The Finland international also had a similar moment of conceding a goal failing to control an easy backpass earlier in the season, though.

Young Boys will continue to be without Mohamed Camara and Jean-Pierre Nsame, who both received lengthy bans after red cards in the group stage.

Leverkusen to turn the tables with a control performance?

The first-leg was memorable for Young Boys fans. Still, both coaches would hope for a quieter night that doesn’t involve plenty of defensive mistakes. Leverkusen have the better side with the capability of playing long balls to either Patrik Schick or Lucas Alario and controlling the tempo of the game with the likes of Kerem Demirbay, Nadiem Amiri and Wirtz in midfield.