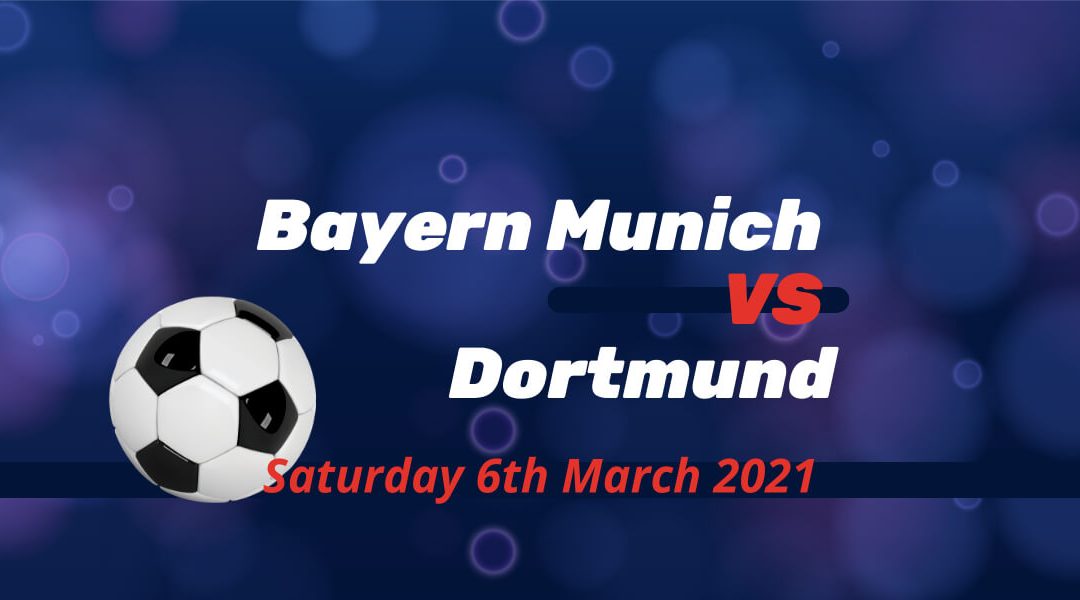 The most anticipated fixture of Bundesliga takes place on Saturday night as leaders Bayern Munich host in-form Borussia Dortmund. Hans Flick's side returns to winning ways in league play with a 5-1 victory over Koln. Dortmund are on a four-game winning streak after starting the year in bad form.

Bayern and Lewandowski heading for yet another record

Their lead at the top of Bundesliga is only two points, but Bayern could write another history with the most goals scored in a season. The 5-1 win against Koln meant they notched up 67 after only 23 league games. Their century of goals last season was a Bundesliga record, and they could improve on that one come the end of the season.

On the same note, Robert Lewandowski is on a mission to surpass or equal Gerd Muller's single-season tally. The Polish striker already reached 28 goals so far in the campaign. Another 12 in the remaining 11 games would mean he would become the second player in the league's history to net 40 goals in a season.

However, the title race is the main priority as RB Leipzig improved on their shaky start to the new year to reduce the point difference at the top to two points. Bayern's lousy home draw against Arminia Bielefeld and the defeat at Eintracht Frankfurt left room for Julian Nagelsmann's side to mount a title charge.

Dortmund's interim coach Edin Terzic is expected to make Marco Rose's managerial team when the Austrian start his tenure at Dortmund in the summer. Terzic faced Rose’s current side Borussia Monchengladbach in the cup on Tuesday night.

Dortmund head into the game with two comfortable league wins sandwiched by a Champions League first-leg victory at Seville. They also triumphed in the domestic cup; Jadon Sancho scored the game's only goal in a tactical battle between the two coaches who will work together starting from next season.

Dortmund is joined by RB Leipzig and second-division side Holstein Kiel in the Pokal semis. The other team is yet to be decided after Jahn Regensburg's game against Werder Bremen postponed. The former two clubs would be the favourites as Dortmund aim to end the season with a trophy after reaching this stage for the first time since their 2016/17 win.

First “Der Klassiker” for Terzic while Flick has a 100% record

This fixture is known as “Der Klassiker” in Europe. However, the moniker is not well accepted in Germany as there is no rich history for the game to have such a title. It's Bundesliga's most prominent fixture since Jurgen Klopp brought Dortmund back into the map, though.

This would be the first time Terzic faces Bayern Munich as a head coach. Meanwhile, Flick won each of his four meetings against Dortmund. Lewandowski, who used to wear the Yellow and Black of Dortmund, scored 24 goals in this fixture.

He scored some memorable goals against his current club – a title-decisive strike in 2011-12 before adding a hattrick in the cup final – but 19 of his goals have come since he joined Bayern on a free.

Douglas Costa rarely played since rejoining Bayern, and he'll not be available for their biggest league game of the season. Benjamin Pavard is the latest to contract COVID-19 from Bayern camp. However, they welcome back assist-king Thomas Muller to the side. Corentin Tolisso could be out for the rest of the season with a torn tendon.

Guerreiro could miss the trip to Bavaria after he sustained a calf injury in the midweek cup win. Nico Schulz had a good game after replacing the Portuguese dynamite as he played a considerable role in Sancho's goal. Manuel Akanji and Axel Witsel are the other key players Terzic couldn't call upon for the big test.

Dortmund to end their abysmal run in Allianz Arena?

Dortmund's last two wins at Bayern came in DFB Pokal. Their last league win at Allianz came when Pep Guardiola already secured the 2013/14 title. This is a perfect opportunity to end the bad spell with Dortmund's improved form and Bayern's growing susceptibility at the back.