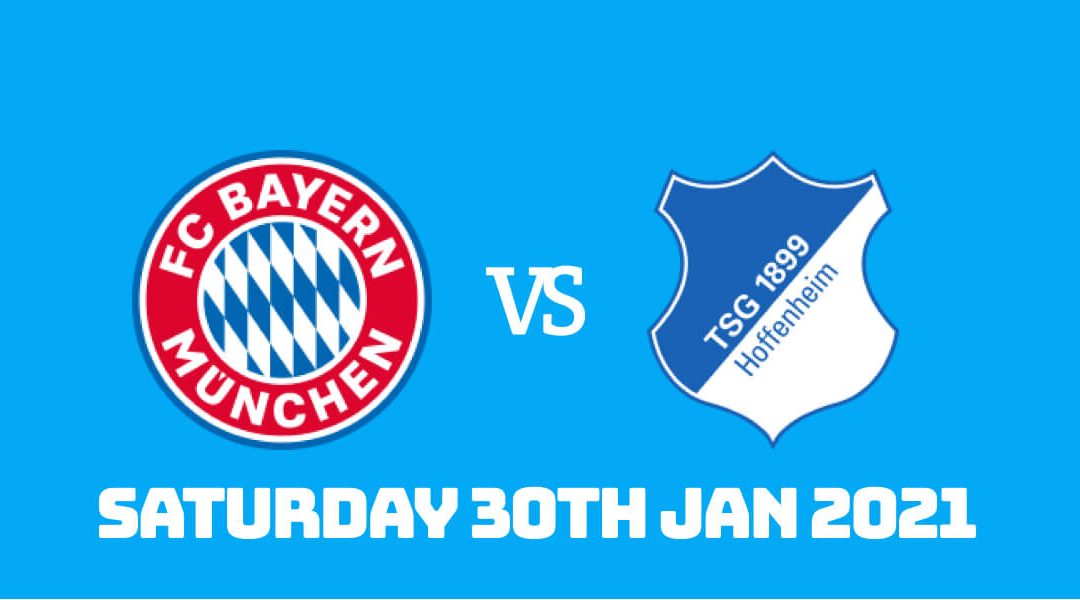 TSG Hoffenheim eye for yet another upset against Bundesliga’s record champions Bayern Munich on Saturday. The Sinsheim club beat the Bavarians in their last visit to Allianz Arena in the league. They also gave Hans Flick’s side a scare in the DFB Pokal last season in a seven-goal thriller. Most of all, though, their sensational 4-1 win against the treble winners send shockwaves at the start of the season.

Bayern still susceptible at the back

The defeat at PreZero Arena was its first kind for all-conquering Bayern in 2020. Hoffenheim even had a chance to score more goals against the team who kept clean sheets in both the semifinal and final of the Champions League. It was also a dispirited performance upfront as Bayern only attempted three shots on target.

The attack, who already scored eight against Schalke the previous week, soon returned in full flow. Robert Lewandowski is having another stellar season that could finally see him winning the Ballon d’Or. Meanwhile, Thomas Muller is still pushing for a return to the national team, although it’s unlikely to happen with Joachim Low at the hot seat.

Bayern are on track to surpass their century league goals tally from last season as they already racked up 53 in just 18 rounds. But the defensive issues in Hoffenheim didn’t show any improvements. A week later, an underwhelming Hertha Berlin side scored three times and could’ve come away with a point or three if it wasn’t for Lewandowski’s four-goals salvo.

A 5-0 thumping of Eintracht Frankfurt seemed normal service resumed but Bayern conceded goals in each of their next 11 Bundesliga outings. It followed up with a humiliating cup exit by Holstein Kiel. Flick benefitted from lack of fierce competition as three wins on the trot, including hard-fought victories against Freiburg and Augsburg, extended their lead at the top to seven points.

The match kicks off at 14:30 on Saturday 30th January 2021, and the entire match is available on BT Sport

Sebastian Hoeness’s side started the season in top form. They sit top of the standings after their historic win against Bayern and were a little unfortunate to lose their next game at Frankfurt. But things started to go different as they missed star striker Andrej Kramaric from the next four matches due to COVID and fitness issues.

On his return, the Croat international scored and assisted another but they dropped two points in injury-time against Stuttgart. They went seven games without a win after the Bayern win, reminiscent of Frankfurt's dismal run after their 5-1 win against the German giants.

A comeback win at Gladbach put Hoffe back in European contention, but they followed it up with a disappointing couple of games against Schalke and Arminia Bielefeld. The Royal Blues ended their year-long winless streak with a shocking 4-0 win against Hoffenheim. A goalless draw at home against the newcomers was also largely uninspiring.

Perhaps the only positive to draw from the Bielefeld game was that Oliver Baumann kept his first league clean sheet. He extended it to three straight games without a goal conceded, not least by saving penalties against Hertha and Koln. They stretched the gap to seven points with their last Sunday’s visitors, who currently occupied the relegation playoff spot.

Bayern not as dominant as they used to be against Hoffenheim

Hoffenheim had to wait for nearly a decade to register their first-ever win against Bayern. In their eighteenth attempt, they finally triumphed against the European heavyweight with Kramaric scoring the only goal of the game in 2017. Incidentally, they also won their next fixture against Bayern with Mark Uth scoring a brace.

Summer signing Tanguy Nianzou, who was nursing a hamstring injury when he joined Bayern, only featured once for his new club. He’ll be out once again with a torn muscle injury but he’s expected to be back in February as Bayern could use more bodies in defense.

Hoffenheim has a long list of absentees as Hoeness usually points his fingers to injuries for the inconsistent form. Like Bayern, they lost out to promotion hopefuls Greuther Furth in Pokal but there would be more Thursday actions in Europa League. In Dennis Geiger and Florian Grillitsch, they continue to lose two regular starters in midfield. Versatile Robert Skov also missed the last four games whereas there are four long absentees in defense.

Bayern to fight back for another narrow win?

Freiburg had a last-gasp chance rebounded off the post and Augsburg missed a penalty in Bayern’s narrow wins after their defeat at Gladbach. Last Sunday’s win at cellar-dwellers Schalke looked straightforward but Christian Gross’s side had 13 attempts on goal.

Former Schalke goalie Manuel Neuer surpassed Oliver Kahn’s Bundesliga record of clean sheets but he was busier on goal unlike any of his previous returns to Veltins Arena. Hoffenheim are capable of posing more danger, but Bayern’s firepower can outperform in a thrilling encounter.