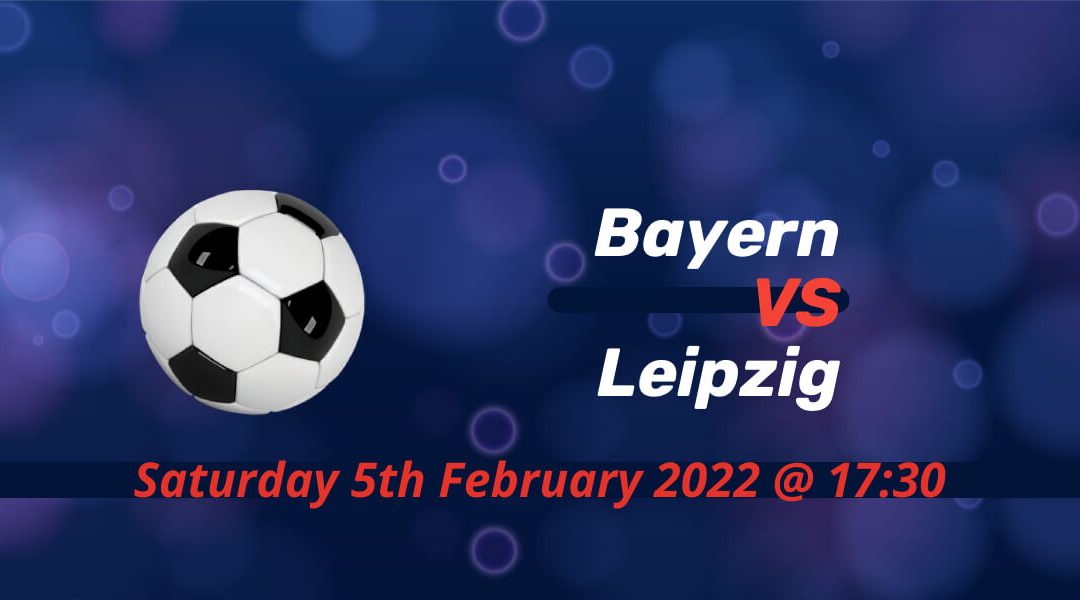 Bayern Munich will face last season’s runners-up RB Leipzig in Allianz Arena on Saturday night. The Bavarians regained form after starting the new year with a defeat against Gladbach. Leipzig has a perfect record in 2022 with Dominico Tedesco steadying the ship after a good end to last year.

Bayern can stretch the lead before BVB face Leverkusen

Since Borussia Dortmund will only take to the field a day later in a tricky fixture against third-placed Bayer Leverkusen, this is a perfect opportunity for Bayern to revert the lead at the top to nine points.

Bayern recorded an impressive 4-1 victory in the capital city before Bundesliga interrupted for the latest international break. It could’ve been more in the night Bayern created a plethora of chances from all sides of the pitch.

Julian Nagelsmann is now getting back key players after a difficult start at home against Borussia Monchengladbach in which they played guys out of positions and had a substitute bench completely formed with players looking for their debut appearance.

The match kicks off at 17:30 on Saturday 5th February 2022, and the entire match will be available on Sky Sport.

Silva and Leipzig back in form under Tedesco

Andre Silva didn’t have the best of starts to his RB Leipzig career. After scoring a club record of 28 goals for a season at Eintracht Frankfurt, the Portuguese hitman find life difficult in his first few months at Red Bull Arena.

The managerial change seems to bring the most out of Silva, although he was also showing improvements in the last weeks under Jesse Marsch. The good news is that the shift didn’t stop Christopher Nkunku from having fun.

Nkunku has been one of the entertaining players in Bundesliga since his arrival, but he added precision and directness this season. And Leipzig is once again enjoying life in Germany’s top flight.

A heavy defeat at Red Bull Arena for Leipzig

Kevin Kampl is one of the most experienced Leipzig players, but his silly mistake to award Bayern a penalty killed their chance after a promising start. Robert Lewandowski, Jamal Musiala and Leroy Sane were the stars of the night despite the best goal coming out from Leipzig’s consolation goal from Konrad Laimer.

Eric Maxim Choupo-Moting and Bouna Sarr could only be back in Bayern after the end of AFCON. Leon Goretzka and Alphonso Davies are working on their return, but it’s very soon for both of the star players.

Amadou Haidara is back after AFCON but Marcel Halstenberg is injured for Leipzig.

One of the two best games of the Bundesliga weekend

If not for Leipzig’s poor start to the campaign, this weekend’s Bundesliga action would have seen the top four go head-to-head. It starts with the champions hosting the in-form Leipzig side. Leipzig is expected to take the game on Bayern as they do in their past two visits to Allianz Arena. They scored three last season and it was also against Leipzig that Bayern last failed to score in a Bundesliga game.