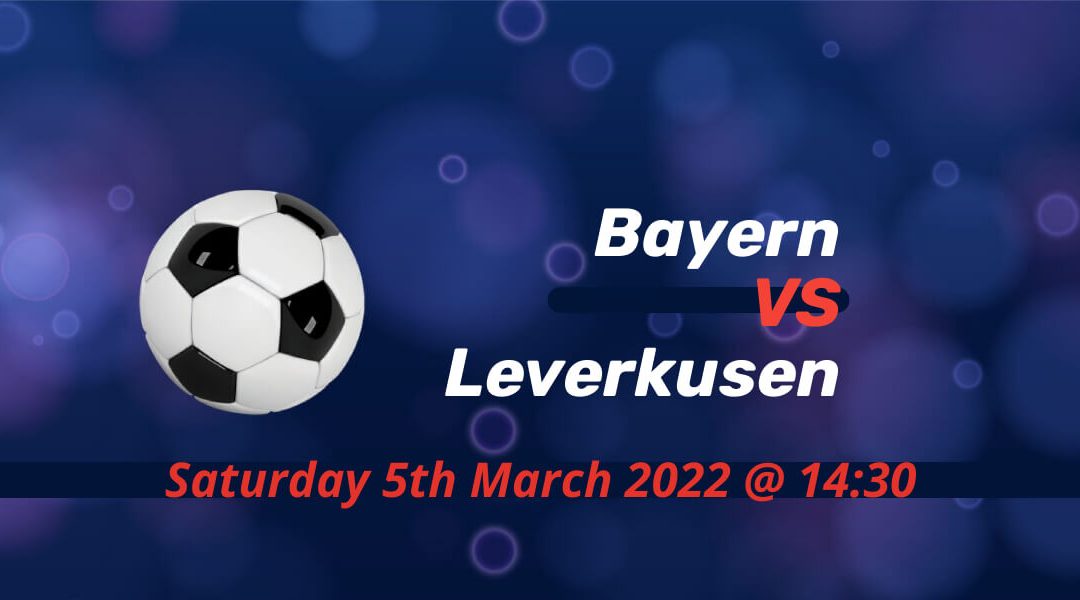 Bayern faces Leverkusen in a top game of the Bundesliga weekend on Saturday. The Bavarians had a slow start to 2022, but they’re still eight points clear of Borussia Dortmund in the title race. Leverkusen continued their free-flowing form even without Patrick Schick against Arminia Bielefeld last week.

Losing both of their last two games against Frankfurt and coming into the encounter with unconvincing form, it was a huge win for Julian Nagelsmann’s side at Deutsche Bank Park last Saturday.

Leroy Sane, who netted his first goal off the bench this season, is once again the savior as he scored from Joshua Kimmich’s precise assist in a game that had few clear-cut chances at both ends.

As Dortmund failed to beat relegation-threatened FC Augsburg the next day, Bayern extended their lead at the top to eight points. They will also look to finish the job at home in the Champions League tie against RB Salzburg.

The match kicks off at 14:30 on Saturday 5th March 2022, and the entire match will be available on Sky Sports.

Schick scored 20 goals in as many Bundesliga games this season. In his absence, Lucas Alario managed to keep going with back-to-back goals to help Leverkusen’s momentum in the final third.

Moussa Diaby and Florian Wirtz, who scored his very first Bundesliga goal against Bayern, are the key architects for their exciting football. They scored a record number of goals in the history of the club at this point of the season.

In midfield, the new signing Robert Andrich is also having a spectacular season. Jonathan Tah, who made his 200th Bundesliga appearance last week, and Ecuadorian youngster Piero Hincapie are also enjoying a brilliant campaign under Gerardo Seoane.

Bayern hit Leverkusen for five in the first half

Leverkusen were also in-form before they faced Bayern in the first half of the season. After an intense first few minutes, the tie ended with a ruthless performance from Bayern as they scored five goals in the first half-hour. Robert Lewandowski, Thomas Muller, Serge Gnabry and Sane all had a memorable performance.

Karim Bellarabi and Julian Baumgartlinger are in the treatment room like Leverkusen’s top scorer Schick.

One of the two big games for Bayern

Bayern isn’t expected to be in trouble for the rest of the season for different reasons. Not only because of their sheer determination to get over obstacles but the form of Dortmund isn’t helpful to hope for a title race. And Leverkusen and Leipzig are already far behind them in the standings. This will be their biggest test in the rest of the season before the return fixture against Dortmund.