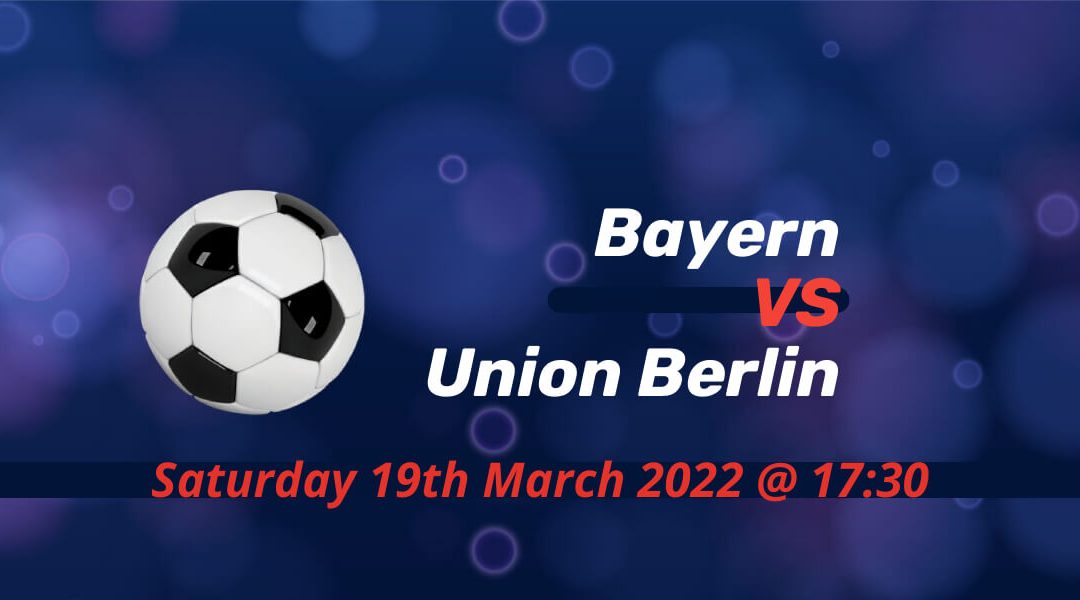 Bundesliga leaders Bayern Munich face another big test when they welcome Union Berlin on Saturday. The Bavarians finished both of their last two games by the same scoreline, 1-1. Union Berlin denied a massive win last week at home against a resurgent VfB Stuttgart side in the closing moments.

In between a 7-1 win against RB Salzburg, Bayern failed to beat their last two opponents in Bundesliga. Since the first matchday at home against Borussia Monchengladbach, Bayern went without a draw for 23 weeks before hosting Bayer Leverkusen.

Although Bayern played beautiful football against Champions League hopefuls Leverkusen and TSG Hoffenheim, it’s not normal to see them go without a win for successive weeks.

Julian Nagelsmann’s attacking lineup especially created too many chances for Bayern on the weekend. But it continues to hang around the susceptibility as Hoffenheim and Andrej Kramaric could also have come away with three points with better efficiency in the final third.

The match kicks off at 17:30 on Saturday 19th March 2022, and the entire match will be available on Sky Sport.

Taiwo Awoniyi had a tough start to the new year, but the Nigerian striker is now performing at the same level as his Hinrunde. And he scored his first penalty-kick for Union in the weekend against Stuttgart.

It was his 11th of the season and he also now became the sole top scorer of the club in their short spell in Bundesliga. Without his striking partner Max Kruse, Awoniyi had to take his time to adapt to the new playing style.

But Union failed to win the game they dominated for the larger part. A late equalizer via another telepathic combination between Bouna Sosa and Sasa Kalajdzic denied them the three points at Alten Forsteri.

The two sides only met five times so far and Bayern is yet to lose against the capital club. The most recent fixture saw Bayern record their biggest result in the fixture with a 5-2 success. Union managed to claim a point in two of their games against the Bavarian juggernaut.

Leon Goretzka managed to complete a full team training and he could be an option for the bench after three months of absence. Alphonso Davies is also working on his return to the pitch, but his return is planned for the quarterfinal of the Champions League. Robert Lewandowski had a little discomfort in training, but he’s expected to shrug off his slight injury to start the game.

Grischa Promel, who scored against Bayern last season, is suspended for accumulated yellow cards. Genki Haraguchi and Levin Oztunali tested positive for COVID-19 while Julian Ryerson, who netted against Bayern in the reverse fixture, is ill.

A return to winning ways for Bayern?

Unlike their two previous opponents, Bayern is not facing a side that plays free-flowing football. Although they netted five against them in the corresponding fixture, Union can tighten up the defense to limit Bayern’s chances on the night.