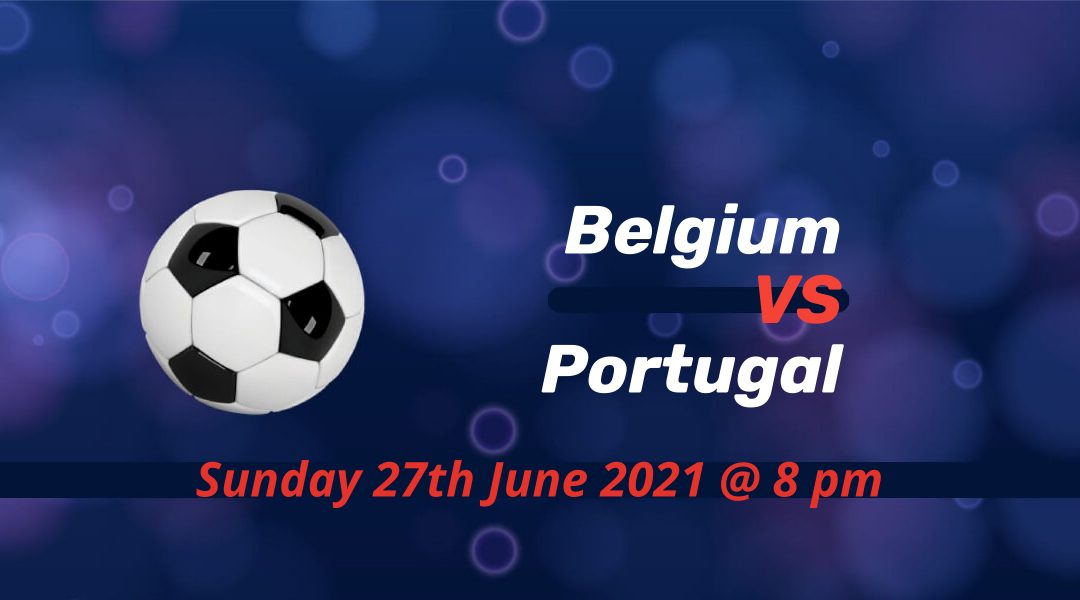 Two tournament favourites – Belgium and Portugal – go head-to-head in the first knockout round on Sunday. Belgium ended the group stage with a perfect record, although a spirited Denmark outplayed them. Like Belgium, Portugal started their campaign with a 3-0. Still, they only secured a single point against the two big teams in their group.

Lukaku and De Bruyne on song

The two world-class players exchanged tweets before the start of Euros that showcased what would happen in the summer. And they did deliver the goods for Belgium in their dominant display of the group stage.

Kevin De Bruyne had to sit the first match out, but he was the game-changer after coming off the bench against Denmark. Romelu Lukaku’s showing didn’t yield goals, but he was pivotal once again.

And the Inter striker reached three goals from three games after adding to his tally on the final day versus Finland. His first strike was disallowed for a minimal offside decision, but it’s hard to deny one of the best strikers in the world for too long.

Cristiano Ronaldo moved into five goals after converting two penalty-kicks against France on the final day. With Germany losing at home against Hungary in the other game, Portugal endured a difficult night.

In the end, the two big teams made it to the knockout stage alongside group winners France. In the game that saw three penalty decisions, Portugal shared the spoil against the reigning World Cup winners.

After scrapping a win in the last five minutes against Hungary, Portugal only secured a point in the group. But their performances should be judged accordingly to the fact that they were in the group of death.

Portugal won each of the last two competitions organized by UEFA. After their Euro 2016 triumph, they lifted the UEFA Nations League. And the last time they lost to Belgium was back in 1989. Since the turn of the millennium, the two sides have met five times, with Portugal winning on three occasions.

The last fixture ended in a goalless draw three years ago. It’s the seventh draw in 18 matches, but there wouldn’t be a tied score in a knockout game for Sunday.

Timothy Castagne is yet to return after subbed off in the group opener against Russia. No other injury or suspension news is coming from both camps ahead of the big fixture.

Although Portugal only progressed as one of the best third-placed sides, they came to the tournament as one of the favourites. And, after all, they won this competition after finishing third in a far easier group five years ago. Belgium has their star midfielder De Bruyne and Edin Hazard back; this will boost their chance of winning the first title in the country’s history.