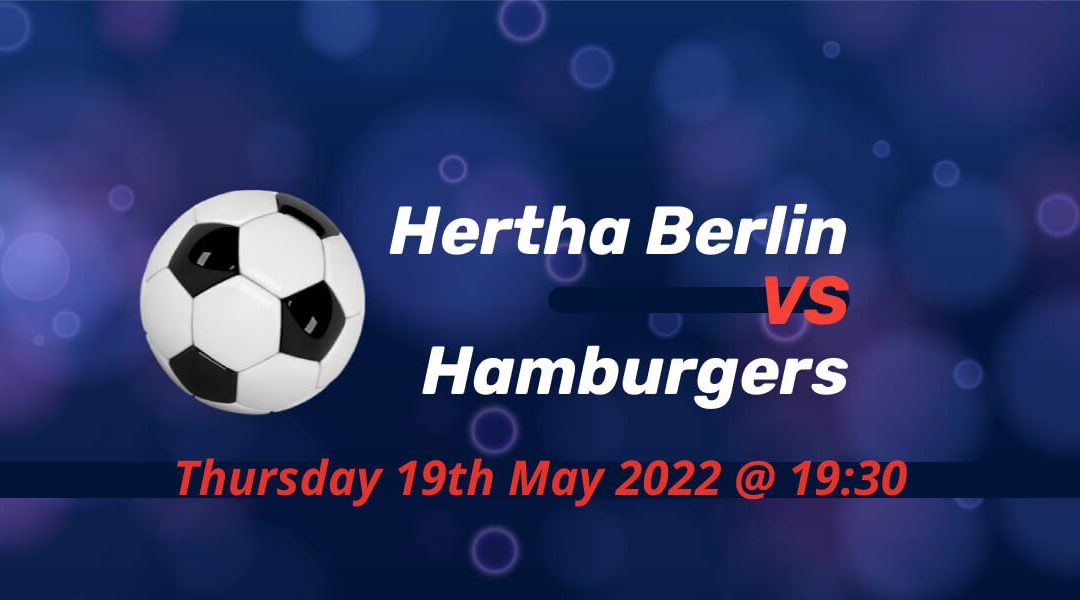 Hertha Berlin host Hamburger in the first-leg of the relegation playoff. The two giants would be fighting for a place in next season’s Bundesliga. Hamburg are in good spirits after they finally ended the curse that had them in fourth place of 2. Bundesliga for years. Hertha dramatically dropped to playoff place on Saturday.

A Stuttgart miracle put Hertha and Magath in trouble

The calculation was simple. If Hertha earn a point away at Borussia Dortmund, who were more concerned about plenty of farewells, they’d be automatically safe from any relegation worries.

But Marco Rose’s side came from behind to lead 2-1 with a goal five minutes before the end of regular time. Yet there was hope for Hertha with Stuttgart held by a draw at home against Europe-bound FC Koln.

But, in the 92nd minute, Wataru Endo, who missed two sitters in the game, scored the winning goal of a nerve-wracking game to send Mercedes Benz Arena to ruptures. The result means Hertha will now enter a playoff round to secure their status in Bundesliga for 2022-23.

Hamburg held their own against Hansa Rostock

A fifth consecutive goal ended HSV’s love story with a fourth-place finish in the second division. As opposed to the initial prediction and their squad depth, Hamburg struggled to get out of 2. Bundesliga after their first-ever relegation.

But this could be their season as they get closer than ever with a playoff spot. While Schalke and Werder Bremen quickly returned to the Bundesliga, another big club could follow suit after the end of the playoff stage.

Yet they nearly choked on the finishing line of the regular season once again with Darmstadt having the edge over them before skipper Sebastian Schonlau’s decisive strike 15 minutes from time for Tim Walter’s side.

Hertha was relegated ten years ago via playoff defeat

Exactly a decade ago, Hertha Berlin lost their Bundesliga place after a playoff defeat to Fortuna Dusseldorf. In contrast, Hamburger SV saved themselves with a playoff twice before they finally get relegated automatically. Hertha won 8 of their last 10 games against HSV, however.

Marton Dardai and Davie Selke will be hoping to return to full fitness while Stevan Jovetic could return to the starting lineup on Thursday. Marcel Lotka finished Saturday’s game after what looked like a serious injury against his future club.

Tim Leibold and Anssi Suhonen are the only absentees from Hamburg.

A clash of big clubs

This season has been a story of underdogs in Germany. Freiburg and Union Berlin qualified for Europa League with a limited budget while FC Koln joined the Conference League after years of relegation fights. On the contrary, the end of the 2. Bundesliga saw favors the giant clubs. Hamburg will be hoping to continue that trend, but Hertha will pose a strong challenge in a packed Olympiastadion.