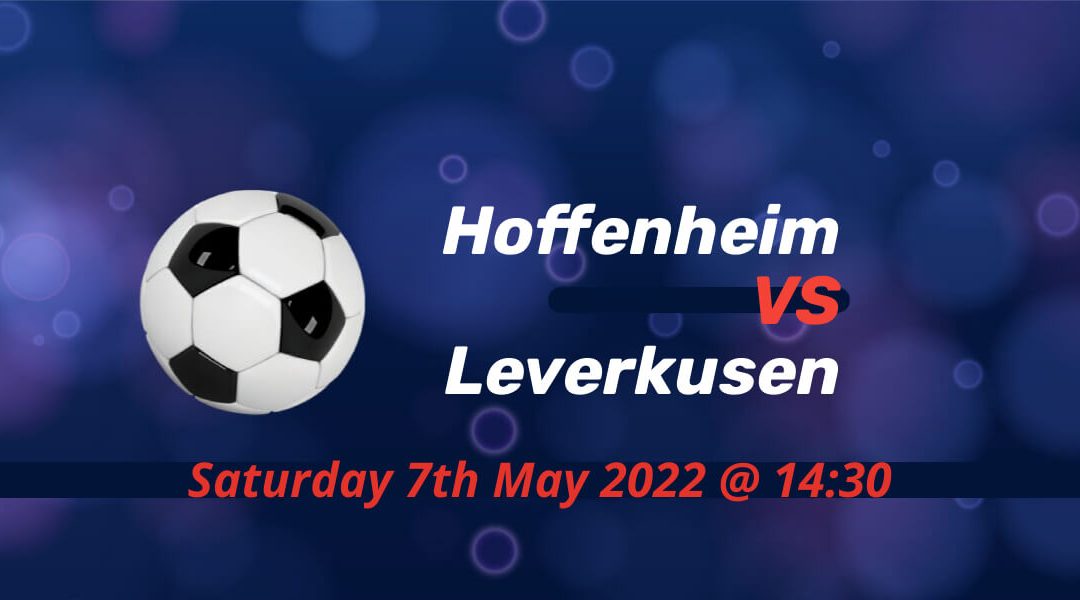 TSG Hoffenheim will play their final home game of the season when they host Champions League-bound Bayer Leverkusen on Saturday. The Werkself can secure qualification to Europe’s premier competition with three points.

After collecting 13 points in five games including a solid draw against champions Bayern Munich, Hoffenheim lost their chase for European qualification with a six games winless streak.

They only collected 3 points in that run, which made them the second-worst team in the spell after Arminia Bielefeld. Andrej Kramaric stressed their defeat in last weekend’s home game against Freiburg was a perfect reflection of their season.

Hoffenheim had control in the game, but they couldn’t maintain their 2-1 lead as Freiburg secured their fourth consecutive win at PreZero Arena to continue their Champions League dream.

With Eintracht Frankfurt totally focused on their current European dream, Leverkusen faced a second-fiddle side on Monday. After an unproductive couple of months, Moussa Diaby was back on his best form for Gerardo Seoane’s men.

Although his goal drought stretched to eight games, the French international assisted both of Leverkusen’s goals in a man-of-the-match performance. Reports continue to link Diaby to a move to Arsenal. Paulinho and Patrick Schick were on the scoresheet for the hosts.

As RB Leipzig succumbed to a defeat at Borussia Monchengladbach in a game played at the same time, Leverkusen is now one win away from a Champions League return. Achieving this feat before facing a direct rival SC Freiburg would be their main initiative on Saturday.

Hoffenheim came from two goals down in the first meeting to salvage a draw against Leverkusen. Schick’s goals looked to put Leverkusen in the driving seat before the final ten minutes of the game. Angelo Stiller, who just scored his second goal last week against Freiburg, and Munas Dabbur, currently goalless in 14 games, leveled the score for Hoffenheim. Diaby saw a straight red card in injury-time.

Florian Grillitsch and Dennis Geiger are doubtful while outgoing Havard Nordtveit, Chris Richards and Benjamin Hubner will not return to full fitness before the end of the season.

Florian Grillitsch and Dennis Geiger are doubtful while outgoing Havard Nordtveit, Chris Richards and Benjamin Hubner will not return to full fitness before the end of the season.

Leverkusen missed out on the Champions League in the last two weeks two seasons ago, and they’d look to avoid that fate on Saturday. If they beat out of form Hoffenheim, they will be joining Bayern Munich and Borussia Dortmund in next season’s Champions League. But Sebastian Hoeness is under pressure as he hopes to get a good reaction from his players after a horrid end-of-season form.