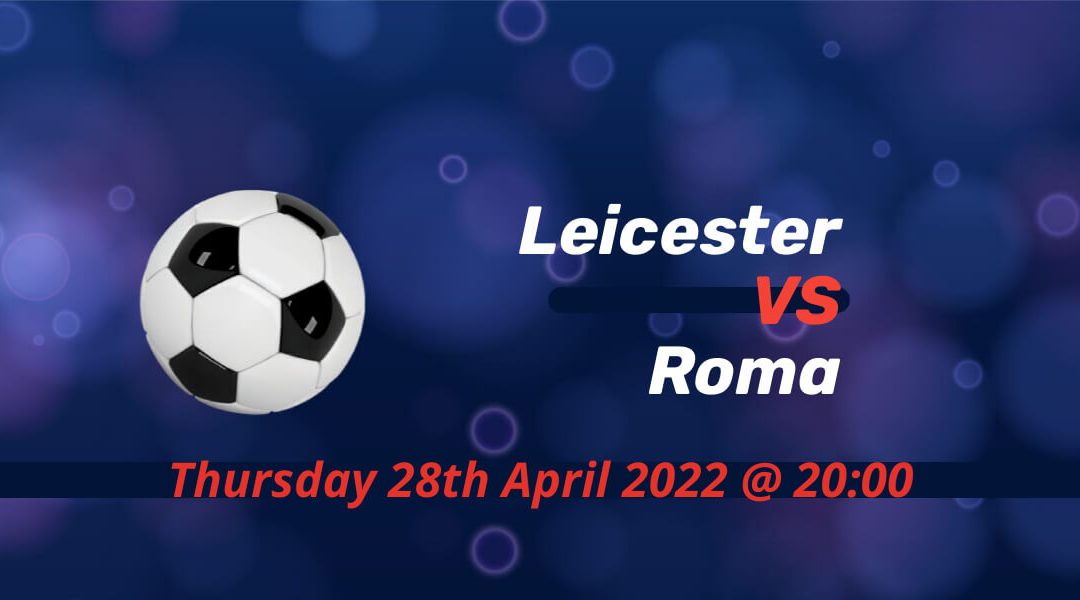 Jose Mourinho is back in England as his AS Roma side faces Leicester City in the Europa Conference League semi-final. Despite failing to beat minnows Bodo/Glimt in three games, Roma finally dispatched their Norwegian nemesis with a convincing display in Olimpico. Leicester sits in the midtable of the Premier League.

Brendan Rodgers face the side managed by his former player Steven Gerard on Saturday. As Aston Villa salvaged a draw away at Leicester, the mediocre season of both coaches continues in the final weeks of the campaign. Leicester and Villa have very little to play for in the league until the new season kicks in.

But Rodgers could end it with European success. Despite huge resistance from Stade Rennais and PSV in the last rounds, Leicester joined the last four teams in the first-ever Europa Conference League.

Leicester booked their semi-final appearance with two goals in the final 13 minutes away at PSV. This promises to be more memorable than Leicester’s first-ever Champions League campaign that saw them knocked out Sevilla.

Roma was given a lesson by champions-elect Inter

After their huge slip in the title race, Inter finally came to their senses to be back in the driving seat. And they served a championship-winning performance against Roma on Saturday afternoon.

Former Lazio coach Simone Inzaghi did the double over Roma by scoring three goals in both fixtures. It was over before the hour mark for Mourinho's side with Lazio presented the chance to narrow the gap in sixth place.

Roma also faced another title hopefuls the previous week as a late strike helped them take a point from Napoli. They remained in fifth with only two points ahead of city rivals Lazio and Fiorentina.

Mou only lost once against Rodgers

In eight previous meetings between the two coaches, Mourinho’s side prevailed five times. The latest one ended in Rodgers’ favor, however, as Mou’s Spurs lost 2-0 at home to Leicester last season.

Jamie Vardy returned to the pitch against Villa after nearly two months out with a knee injury. Wilfred Ndidi is out with a similar injury since the start of March.

Bryan Cristante is the only absentee from Roma’s side that will travel to Leicester.

Mourinho’s return will grab the headlines

While Roma’s English contingents led by Tammy Abraham return home for this fixture, Jose Mourinho’s pressers before and after the game would take center stage. The Portuguese man had a tough start at Roma, but he’s now having a rather stable stay despite only picking a point from the last two Serie A games. Rodgers is heavily criticized for Leicester’s league form, but he could lead them to a historic Conference League title.