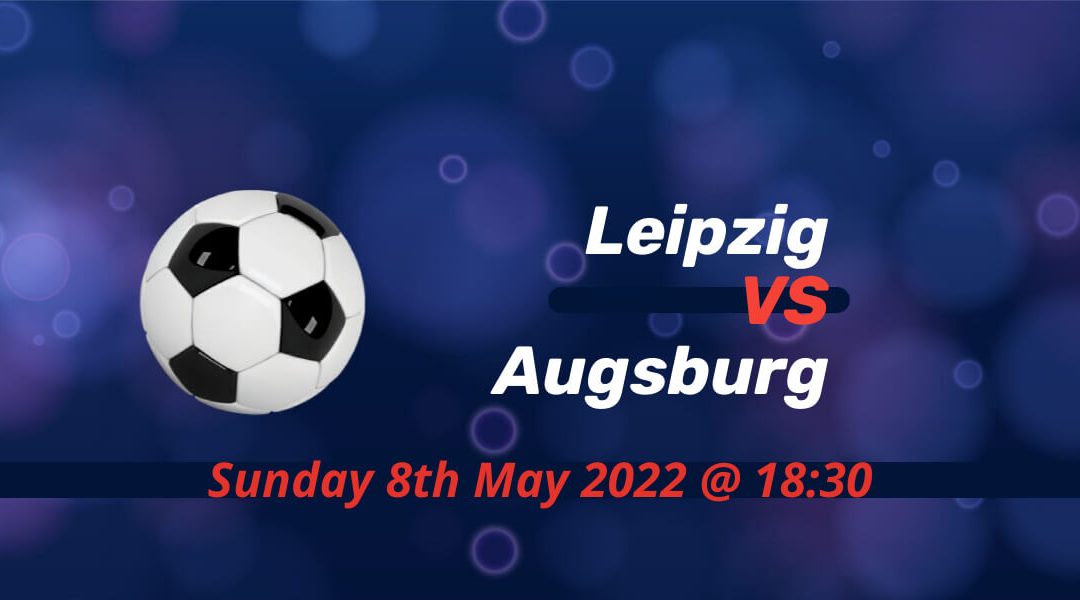 RB Leipzig face Augsburg in their search for Champions League football. The visitors still need one point to be safe from relegation worries. It will be a vital game for the hosts to clinch their place in Europe’s premium competition based on their league position. Augsburg will hope to play their last game of the season without any danger of relegation.

Dominico Tedesco’s Leipzig reign started against Borussia Monchengladbach. They were merciless with a dominant 4-1 win that also saw a legendary goalmouth miss by Andre Silva.

The Portuguese striker is among the players vastly improved under Tedesco as the club is fighting on three fronts. But their trip to Gladbach didn’t work out as expected on Monday as Adi Hutter’s side secured an improbable win with ten men.

After their defeat against Union Berlin, Leipzig couldn’t afford another slip up in the Bundesliga. But this result saw them drop to fifth-placed as SC Freiburg took full advantage of their slip.

Augsburg look for one more point

There is very little danger for Augsburg’s season, but anything could happen in football as we saw from Wednesday’s Champions League action. Augsburg continued their trend of starting slow but doing about enough to secure survival.

Mathematically, they still need one more point to their tally to be automatically safe. But chances are they will be secured this weekend even with a defeat unless Hertha Berlin, VfB Stuttgart and Arminia Bielefeld all win their respective games.

They lost three of their last four games when Koln secured a 4-1 win at WWK Arena. Markus Weinzierl’s return to Augsburg saved the club from relegation last season. The expectations were bigger with their signings and squad stability, but Augsburg continued to only thrive in Bundesliga survival.

Silva put Leipzig ahead in the 16th matchday at Augsburg, but Daniel Caligiuri netted a perfect penalty-kick to help the Bavarians secure a point.

Mohamed Simakan, who missed the first-leg against Rangers because of suspension, will sit this one after picking his fifth yellow card of the Bundesliga season on Monday. Amadou Haidara is yet to return to the side after a serious injury.

Noah Joel Sarenren Bazee and Tobias Strobl are working on their return from serious injuries.

Leipzig will aim to make up for the lost time in the Champions League race. Bayer Leverkusen is now out of their sights despite Leipzig winning at BayArena a couple of weeks ago. Leipzig’s DFB Pokal final opponents SC Freiburg could win their first final for a Champions League place as Christian Streich’s side is playing their best football in recent times.