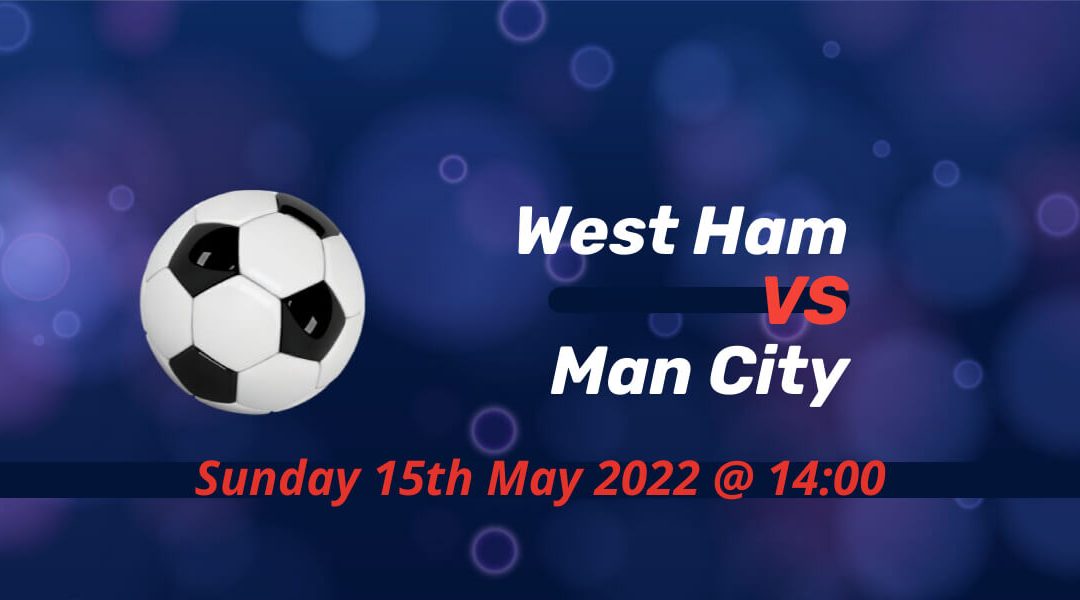 Manchester City look to all but secure the Premier League title when they travel to West Ham on Sunday. The hosts are still fighting for a place in Europe. Two successive five-star performances saw Man City closer to the trophy with three points and a healthy goal difference advantage over Liverpool with only two games left in the season.

West Ham secured a first away win since January 1st

Since a New Year’s Day success over Crystal Palace, West Ham were winless away from home. They planned to end that curse when they faced bottom-placed Norwich City last weekend.

And it worked according to the plan as West Ham’s European hopes were back on track. Since losing to Eintracht Frankfurt in the semi-final of the Europa League semi-final, in which David Moyes got sent off, West Ham’s season seems to be over.

On Sunday, Michael Antonio returned to goal scoring form while Said Benrahma scored a first-half brace. West Ham is hoping to keep England international Declan Rice in the club with a long deal while they bid a farewell to Mark Noble in his final home game.

Haaland’s arrival the headline story this week for Man City

Erling Haaland finally let the world know of his next club. After Real Madrid and Barcelona heavily linked with the player for a long time, Haaland and his agents chose the English Premier League for his next move.

But that might not mean it’s all over for the Spanish giants. Bild reported Haaland also has a release clause in his Manchester City contract that can be activated in two years time.

Meanwhile, he’ll give a different look for Man City’s side, who already look dominant in English football as they’re closing on another title. Kevin de Bruyne’s four-goal salvo at Wolves was the fifth successive time Man City scored three or more goals, which is a Premier League record.

Pep Guardiola is undefeated in the Premier League against West Ham. The only time the Hammers got a point against Man City since his arrival was in their 1-1 home draw last season. The reverse fixture saw two late goals from either side with Manchester City securing a 2-1 victory.

Angelo Ogbonna, who is out with an ACL injury, is the only absentee from West Ham.

Man City also have a full squad in their locks for the end of the season.

A Man City win on Sunday would end the title race

Although there would still be hope in virtue of goal difference, Man City can end the job on Saturday. As they’re playing in the FA Cup final against Chelsea, Liverpool will not play until Tuesday in the Premier League. Man City currently have a seven goal difference advantage over the Reds.