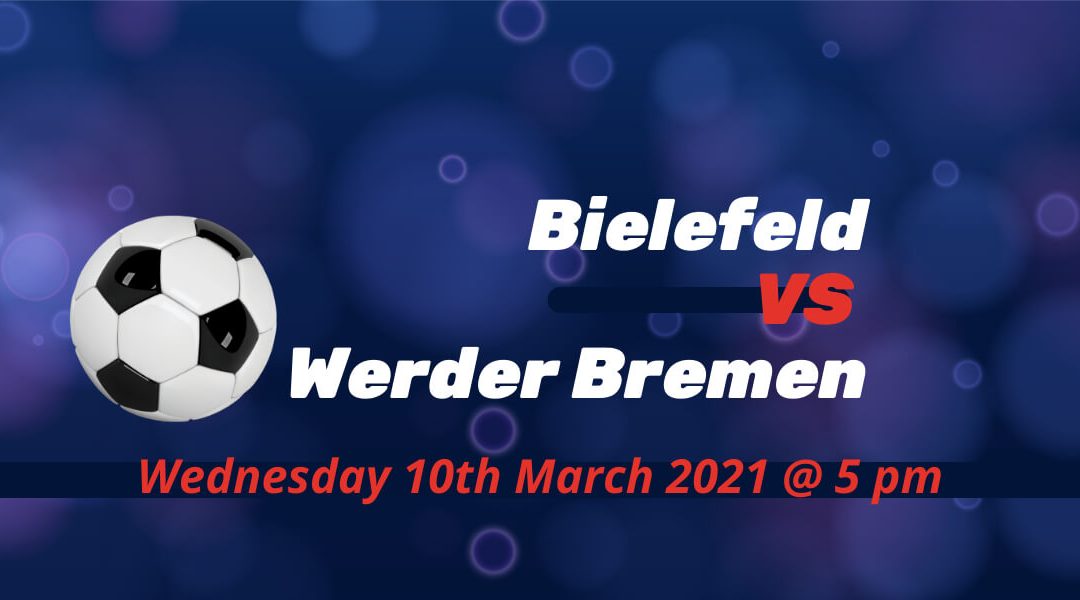 Newly-promoted side Arminia Bielefeld hope to take a huge step towards safety when they host Werder Bremen in a rescheduled fixture on Wednesday. The two teams drew their respective games on Sunday. This fixture was supposed to take place on the 20th matchday, but it was postponed due to weather conditions.

Bielefeld have faced financial struggles besides languishing in the bottom divisions of German football in the past decade. The club who survived from the brinks of dissolution, now fights with the top teams in first-tier football.

As such, the Bielefeld board's decision to relieve Uwe Neuhaus from his managerial post met with protests from fans. He had led the team to the unthinkable as they top Bundesliga 2. standing the last term when they were not even among the outsiders in the early season prediction.

With Bielefeld showing a resilient performance away at Bayern not so long ago, few expected the news that came from the club in the hopes of shaping the team's fate. Frank Kramer, who was also not experienced at this level, started off his reign with a goalless draw against high-flying Union Berlin.

Minor steps to safety for Bremen

Florian Khofeldt struggled to lift Bremen to higher heights since his accolade as the German Coach of the Year in 2018. He only managed to avoid the drop via the playoff the last term, and his side is also a far cry from the attacking machine they were in his first couple of years at the job.

However, they're in a transition season as Khofeldt gave chances for plenty of youngsters throughout the season. A lack of designated striker is one of the problems as three players locked as top scorer only with four goals after 23 rounds of Bundesliga fixtures.

Milot Rashica returned to form in recent weeks, but he is yet to open his account for the season. The Kosovan striker is the undoubted star of the team, although there is a big chance that he could leave in the summer after his transfer collapsed multiple times in the last two windows.

Bremen survived dropping points at the death in the reverse fixture

Mike van der Hoorn scored an injury-time equalizer in the corresponding fixture on matchday 3, but the goal was chalked off for a foul in the buildup. In the end, Leonardo Bittencourt's goal was enough for Bremen to pick up all the points as they start with six points from the first three fixtures. It was Bielefeld's first defeat after picking up four points in their first two games back in the Bundesliga.

The only absentee from both sides is Bremen's midfielder Patrick Erras, who is not getting minutes after his summer transfer from Nurenberg even before his injury. Frank curiously benched Bielefeld's star player Ritsu Doan on his debut. Still, the Japanese winger is expected to return to the starting lineup for this one.

Another scrappy affair to end in a draw?

Recent games involving the two clubs lack clear goal-scoring opportunities. As seen with their draws on Sunday against Koln and Union Berlin, respectively, their games are not filled with thrilling actions. Both goalkeepers are enjoying a good season, although Jiri Pavlenka had a blinder on the weekend for Koln's late equalizer.