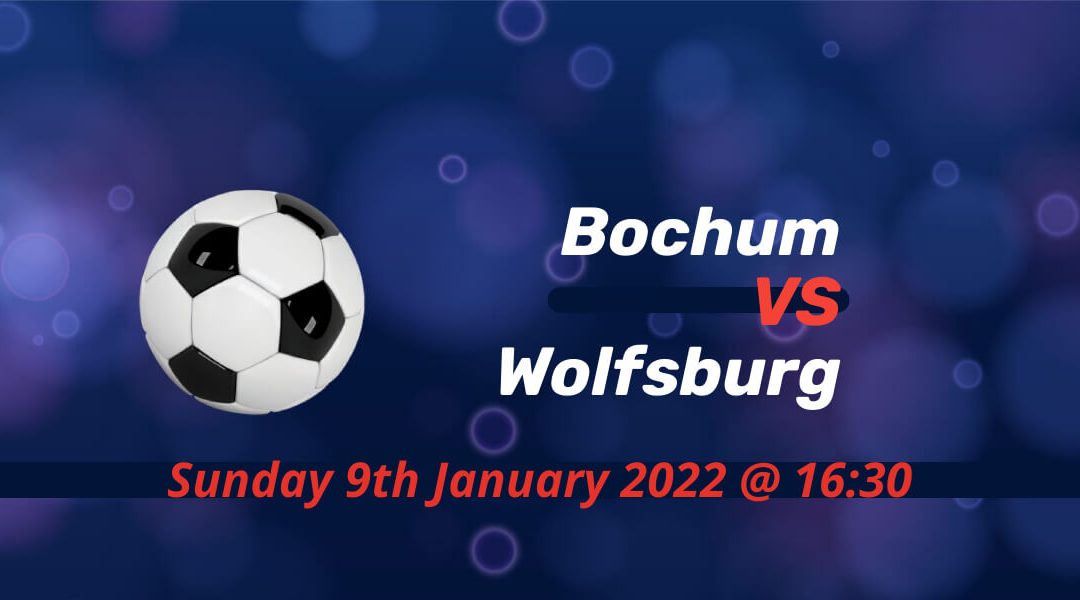 Florian Kohfeldt hopes to recover his side’s form when Wolfsburg travel to Bochum on Sunday. The newly-promoted side ended the year with two consecutive defeats, but they were difficult to play against since their worst Bundesliga defeat at Allianz Arena. Wolfsburg also lost heavily at Bayern in the final game of 2021 as the honeymoon time was quickly over for the former Werder Bremen coach.

Bochum – the best promoted team of the season

It was a bit questionable at the start. With Bochum conceding seven to Bayern, the pundits had to wait until Bochum beating Furth with skipper Anthony Losijla’s strike to make sure of which promoted side has a chance for survival.

Since then, Furth stretched their losing streak to 12 games, a Bundesliga record. Meanwhile, Bochum recorded some magnificent wins wrapped with goals of high quality to mark themselves as one of the surprise packages.

Sebastian Polter is their talismanic striker, but it was Milos Pantovic who scored from halfway line in consecutive home matches against TSG Hoffenheim and SC Freiburg. With the arrival of former Hoffenheim striker Jurgen Locadia, Bochum already reinforced their front department in the market.

In his last post-match interview, Kohfeldt promised they will be up for the challenge in the new year after seven consecutive defeats to end 2021. He was appointed by the club after a rather rushed decision to let go of Mark van Bommel in the early season.

The former Dutch midfielder wrote history at Wolfsburg in becoming the first coach to win all his four first Bundesliga games. But that was quickly forgotten once results go against them.

Now Jorg Schmatdke is in a tough position to decide on whether to give his trust to his replacement or look for a third coach in less than a season. Schmatdke jokingly said he’ll be safe unless he lose the next 20 games, but you never know in football.

Tesche’s Bundesliga return quickly over in the reverse fixture

Robert Tesche was looking forward to his first Bundesliga game since 2014 when Bochum start the season at Wolfsburg. Unfortunately he was send off after four minutes when he cleared a ball with his hand on the line. In retrospect, on his Bundesliga debut, Manuel Riemann saved Wout Weghorst’s effort. But it was hard for the new boys to contain a Champions League side for so long with ten men. Weghorst redeemed himself with the only goal of the game before the halftime break.

Erhan Masovic, who was rewarded with a new contract after a solid first half of the season, is suspended for accumulated yellow cards. Simon Zoller will continue to be out for a while and Konstantinos Stafylidis tested positive for COVID-19.

Wolfsburg beat Bochum 5-4 in a test game on Tuesday with Weghorst netting a hattrick. But they will still miss his striking partner Lukas Nmecha and midfielders Xaver Schlager and Josuha Guilavogui. Aster Vranckx and Dodi Lukebakio tested positive for COVID-19 while Paulo Otavio is a doubt with a knee injury.

Wolfsburg still not giving up in Europe

Kohfeldt would first and foremost aim to get out of the relegation equation, but Wolfsburg has it all to fight for European places. Both sides are currently tied with 20 points in the midpoint of the season.