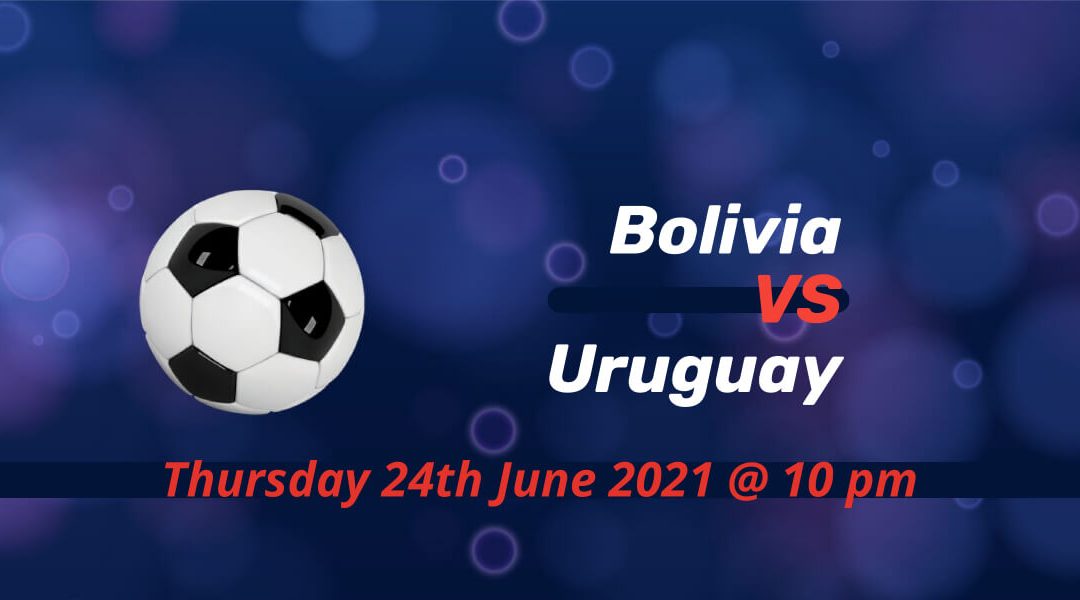 Bolivia look for their first point of Copa America 2021 when they face Uruguay, who ended a four-game scoreless run against Chile. The two sides are the bottom two of Group A after three rounds. But they still have another game before the end of the group, with only one team missing out of five from the quarterfinal.

Many people spotted Bolivia as the team to be eliminated in the group. Unfortunately, that prediction is still valid, but they showed great spirit in their first two games. However, the problem is they don’t have the result to show for it.

Eighteen shots were attempted against Bolivia, but they also had their moments. Erwin Saavedra scored against Paraguay to help Bolivia lead at the break, but they had to finish the game with ten men.

They lost that game 3-1 before another excellent performance against Chile reduced them to only 1-0 defeat. However, if they fail to pick up a result against Uruguay, qualification to the quarterfinal will be even more difficult as they face group leaders Argentina on the final day.

They have supreme strikers in Luis Suarez and Edinson Cavani, but Uruguay struggled to create chances for their historic strikers. Set-pieces and crosses have been the only source of goals of late for Oscar Tabarez’s side.

And they even had a hard time converting those chances as they went four games without a goal before the Chile game. Nevertheless, Eduardo Vargas’ first-half strike made many believe Uruguay could continue to find it challenging for an equalizer.

They did find their way for an equalizer with Luis Suarez’s challenge forced Arturo Vidal to score an own-goal that sealed a point for Uruguay. However, Uruguay only managed to have four attempts on goal from their 16 shots on the night.

Saucedo’s hattrick helped Bolivia to a memorable win in 2012

Bolivia is known to be a difficult opponent when they play at home. One of their famous results happened to be against Uruguay, who reached the semifinal of the previous World Cup. For the qualifiers to the 2014 edition, Bolivia beat Uruguay 4-1, with Carlos Saucedo scoring a hattrick before Suarez’s consolation goal ten minutes before time. That remained Bolivia’s only win in the last twelve games against Uruguay.

Both teams had a rest time since the tournament starts, but they would be involved again in the final decider on Tuesday. There is no injury or suspension news from both camps.

Uruguay expected to bring their A-game

This is a perfect chance for Uruguay to create a plethora of opportunities and make them count finally. For Bolivia, another defeat would make it more difficult for their chances of qualifying to the quarterfinal as they await Argentina on the final day.