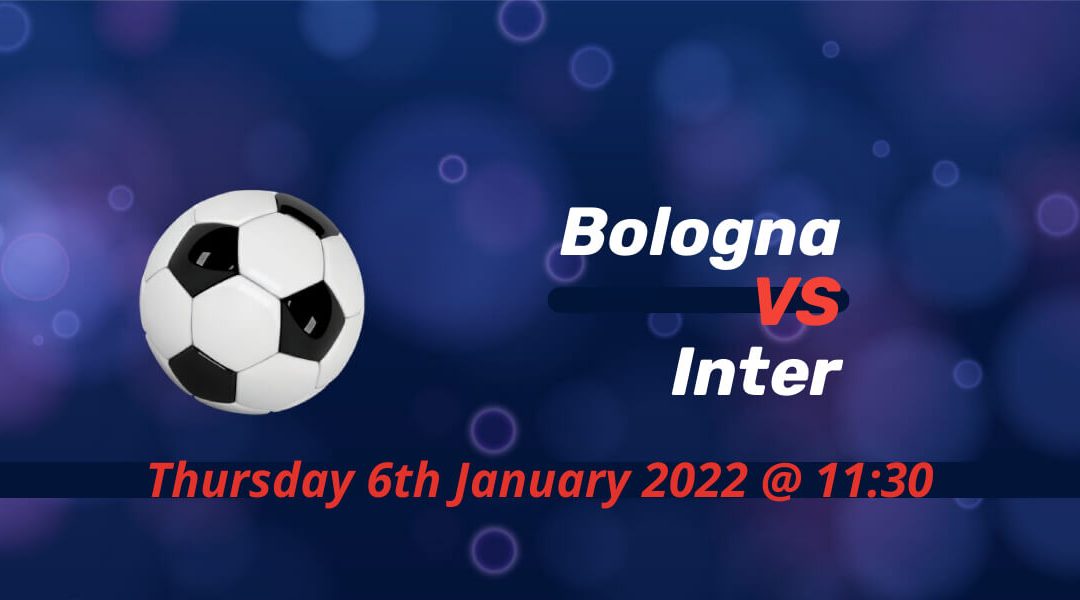 After a very successful year, Inter opened their 2022 campaign away at Bologna. Antonio Conte’s side ended Juventus’ dominance to bring the Scudetto last season while his replacement Simone Inzaghi is also on course to repeat the feat. Bologna sits in the midtable after their sensational win over Sassuolo in the last game of 2021.

After three successive defeats including two at Stadio Renato Dall’Ara, Bologna produced the shock result of the final Serie A matchday in the year 2021 away at Sassuolo.

Alessio Dionisi continued Sassuolo’s reputation of attractive football and giant-killing results, but Bologna had the last laugh with a dominant performance at Mapei Stadium in the sides’ final game of the year.

Aaron Hickey’s reputation is getting bigger with every game as Bologna’s game has relied heavily on the wingbacks. Hickey and Andreas Skov Olsen are enjoying a spectacular season in both wings for Bologna.

While they’re still in the hunt for another treble in the club’s history, the focus would remain in the Serie A title race at Inter. After a horrid campaign in Champions League last term, Inzaghi led the team to qualification to the knockout stages this term.

Before they face Liverpool in February, Inter would hope to consolidate their lead at the top of Serie A. And they’re in top shape to repeat their league success if we go by their form before the short winter break.

Inter won each of their last seven Serie A games, doing so by keeping a clean sheet in the final six. They only conceded goals in two of their last ten encounters – in the derby draw and the 3-2 win against the then-table-toppers Napoli.

Half a dozen in the earlier meeting

Inter dispatched Bologna by 6-1 in the clubs’ first meeting earlier this season. When new signing Edin Dzeko doubled his tally with more than twenty minutes left on the clock, Inter were 6-0 up in a dominant display.

The last time Inter lost away at Bologna was back in 2002 when Francesco Guidolin and Hector Cuper were the coaches of the two clubs.

There is a COVID-19 outbreak at Bologna with Nicolas Viola, Nicolas Dominguez and Marco Molla are all unavailable at the time being. Jerdy Schouten and Kingsley Michael are out injured and not expected to return to fitness in time to face Inter. Bologna will also miss Musa Borrow and Ibrahima Mbaye because of the AFCON.

Besides Gabriel Brazao, who suffered an ACL injury, Inter has a full squad ready for the first game of 2022.

Inter looking to maintain the gap at the top

Inter would be aiming to continue where they stop before the break. 2021 saw them ending Juventus’ reign at the top, and another Scudetto would go a long way in combating their financial difficulties. Bologna looks for some consistency in the second half of the table as they also hope to keep Skov Olsen’s suitors at bay in the transfer market.