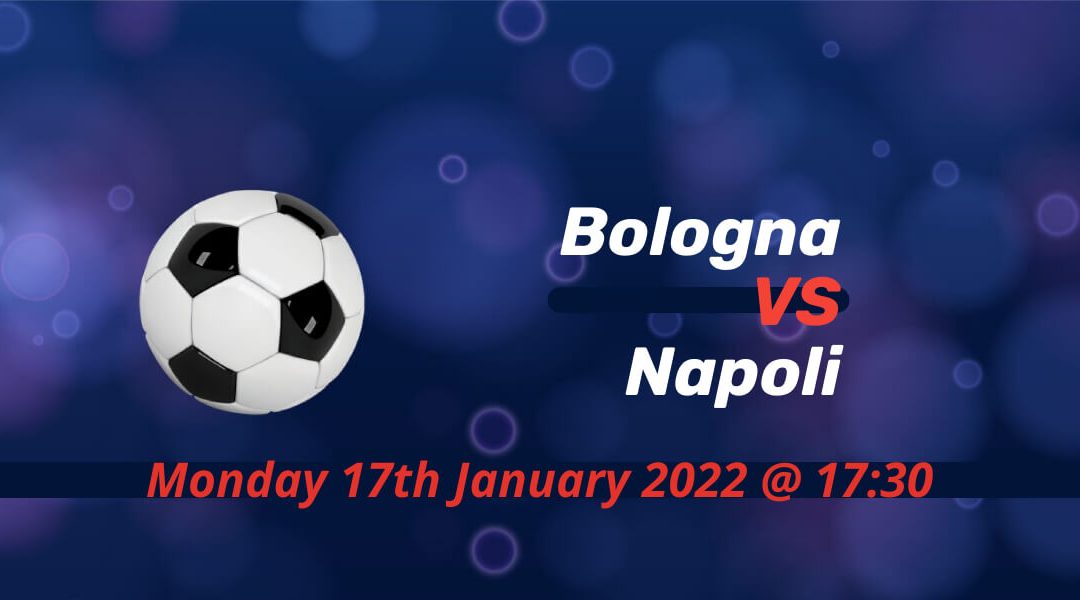 Napoli travels to Bologna in one of the three Monday Serie A fixtures of matchday 22. Bologna is having a difficult time but they’re still 11 points clear of the bottom three. Napoli sits in third place six points shy of league leaders Inter, who have a game in hand.

They’re not in form, but the headline story from Bologna recently has been their refusal to play their game with a depleted team against Inter. As it’s often the case with Serie A, the forfeit game could now be replayed.

The club hit by COVID finally returned to action against Cagliari on Tuesday. With the stunning victory at Sassuolo to end 2021 in mind, Bologna seemed to be on course for a successive win when Riccardo Orsolini netted from free-kick early in the second half.

But they conceded twice to the relegation favorites as Cagliari instead secured back-to-back wins in the race to avoid the drop. A win would’ve moved Bologna to the upper section of the standings.

Despite their third-place position in the table, Napoli could see another downfall that led to missing out on the Champions League last term. The attacking department has been poor in recent weeks and the news of Lorenzo Insigne’s summer departure wouldn’t help the cause.

Andre Petagna scored the winner for them at home against Sampdoria, but it was only his second goal of the season. In the absence of Victor Osimhen, the powerful striker gets the nod in the starting eleven.

Napoli only conceded three goals in their last five goals, but they also netted three in that run. They also relied on narrow wins to open a big gap at the season start alongside AC Milan, but it could now see them out of the top four.

A comfortable 3-0 victory in the reverse fixture

Insigne netted a brace when the two sides met earlier in the season. It was Fabian Ruiz who opened the scoring as Napoli secured another win four days after dropping their first points of the season in a goalless draw against AS Roma.

Ibrahima Mbaye and Musa Barrow are with their respective national teams in Cameroon for the African Cup of Nations. Bologna is yet to get back the services of the likes of Aaron Hickey after the COVID-19 outbreak in the side.

Mario Rui and Piotr Zielinski are tested positive for COVID-19. Kalidou Koulibaly is with Senegal’s squad for AFCON 2021. Adam Ounas and Insigne are in the treatment rooms for their respective injuries.

At the start, it looked like the Scudetto is the goal of Napoli this season. But, after the dip in performance, it’s now better to focus on qualifying for the Champions League once again. Bologna hope to climb to the top of the standings with another surprising win after their 3-0 success over Sassuolo to end 2021.