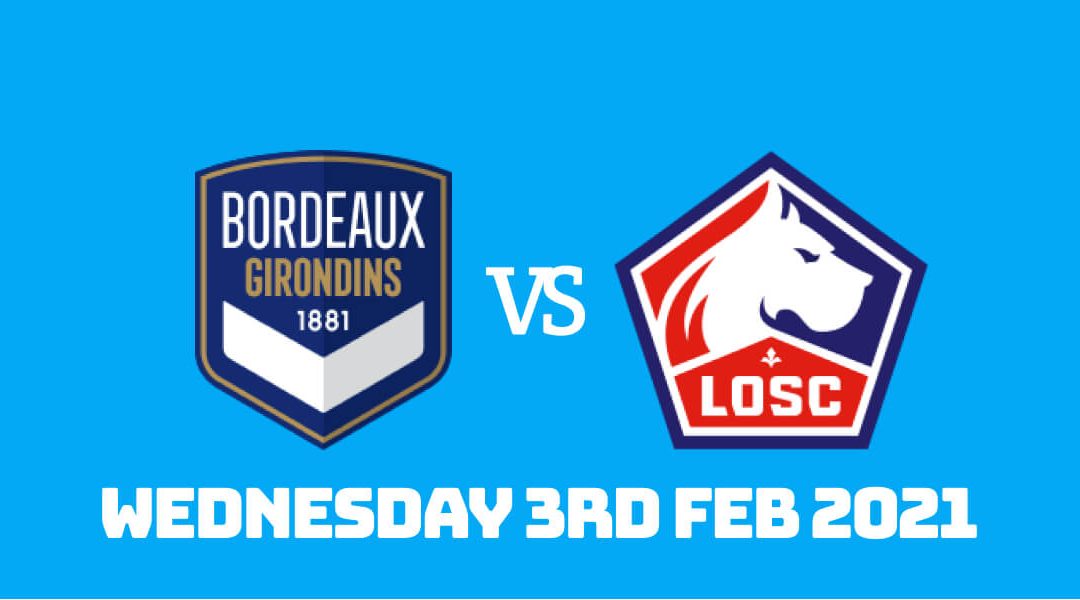 Surprise Ligue 1 leaders Lille travel to midtable side Bordeaux on Wednesday in matchday 23. Lille regain their lead at the top of the standings with yet another narrow win against Dijon hours after PSG's shock defeat at Lorient. Bordeaux slipped to tenth place after their four games unbeaten streak came to an end at another title hopefuls Olympique Lyon.

Jean Michael Seri returns to Ligue 1 as Bordeaux acquired the services of the central midfielder from Fulham. The Ivorian had a hard time adapting to life at the London club after a big-money transfer from Nice. He spends last season at Galatasaray, but only featured in EFL Cup on his return from loan.

Seri played over a century of Ligue 1 games in his time at Nice. He was one of the best midfielders in the league in his three seasons at the club especially when he helped them to a third-place finish in 2016-17. He scored seven and assisted ten goals. Lucien Favre's side secured a Champions League berth in a season when Monaco stole the headlines with a sensational title.

Seri, 29, would be an excellent addition to Bordeaux's midfield as Otavio is ruled out for the rest of the season due to injury. However, he could have fitness issues as he didn't feature in a league game this season and Bordeaux don't have a purchase option at the end of the six-month loan.

The Nigerian international found the net eight times since joining Bordeaux from Sunderland last season. Fulham have the option to buy for the former Manchester City youngster.

Lille in dreamland after PSG's slump

PSG's earlier defeat at Lorient before Lille's home game against Dijon affected both teams. Dijon, who also lost to Lorient in injury-time in midweek, knew they had to go for another surprise result of the matchday in their bid to avoid the drop. In Lille's case, the task was simple – to climb to first place once again with a win.

Christoph Galtier's side started well, but they only managed two shots on target the whole game. Yusuf Yazici was at the centre of both attempts. Sven Botman tested Anthony Racioppi on Dijon's goal after a perfect corner kick by the Turkish international. The defender is the youngest player in the top five leagues not to miss a single minute of action.

Soon after, Ligue 1's player of the month Yazici takes full advantage of Dijon's skipper Ecuele Manga's rocky mistake as he rounded off the keeper to put Lille in front at the half-hour mark. Lille struggled to create chances after that, but it was enough as they were able to retain the slender advantage.

Six of the last eight Lille wins came with a single goal advantage. They only conceded 15 goals after 22 league games this season. Mike Maignan was one of the keepers on Chelsea's radar in the summer before Edouard Mendy's transfer; Lille benefitted from the 25-year-old staying put at the club.

Due to Ligue 1's interruption during the pandemic, Lille's fixture at Bordeaux didn't materialize last season. All the last three games between the sides took place at Lille's Stade Pierre-Mauroy with Galtier's team winning all of them. The corresponding fixture played last month back when Lille was also on top as they beat Bordeaux 2-1 with all the goals scored in the first half.

The story is different in the sides' previous meetings in Bordeaux's Matmut Atlantique stadium, however. Lille only prevailed once at Bordeaux since 2007. Lille's matchwinner that day was Nicolas de Preville, who is still waiting for his first goal of the season at Bordeaux this season.

Otavio and Mehdi Zerkane are on the sidelines from Bordeaux, who sold Pablo and Maja in the January transfer window. Seri could make his debut a few days after completing his transfer.

Burak Yilmaz missed the last three games due to a calf injury, and he could be out of the trip to Bordeaux. There is no incoming transfer for Lille this January as they're in good shape both in quality and squad depth. They were rather focused on sending fringe players out on loan including experienced defender Adama Soumaoro to Bologna.

Lille to find it hard breaking down Bordeaux?

Bordeaux are not a prolific team in front of goal, but their defensive record improved immensely in 2021. They only conceded five goals from as many games. That includes an injury-time Leo Dubois beauty that denied Bordeaux a point against Lyon on Sunday. Lille only managed to find the net six times in that span for all the attacking talent in their ranks.