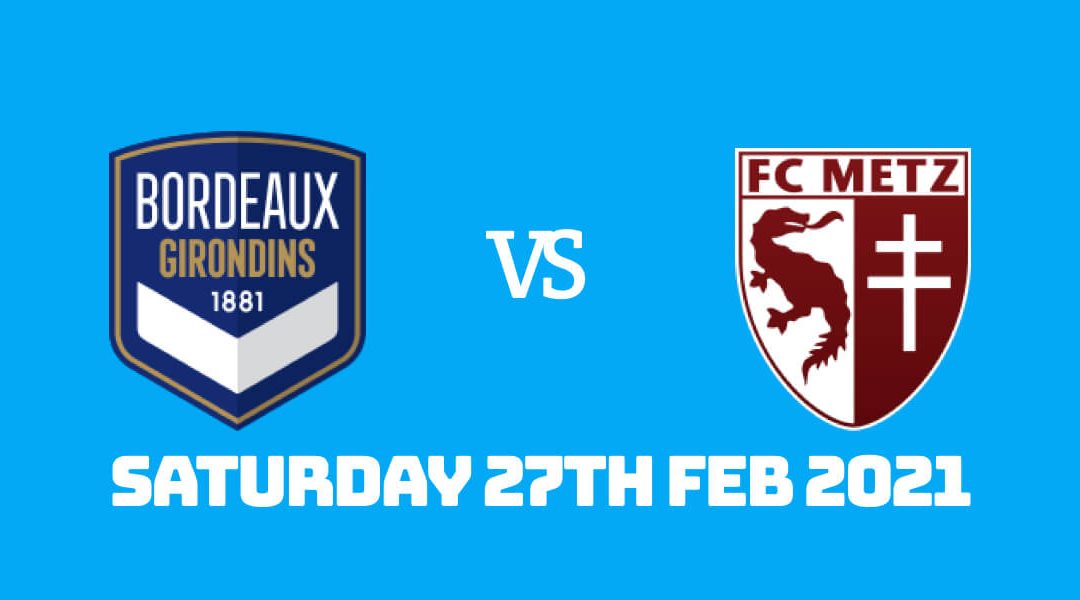 Bordeaux look to record their first win in over a month when they host sixth-placed Metz in an early Saturday Ligue 1 fixture. Jean-Louis Gasset's side is knocked out of the cup and lost four of their last five league games. Metz return to winning ways with a 2-1 win at Nice.

For the first time under Gasset, Bordeaux went without a win for six successive matches. The first two games came against the current top two clubs Lyon and Lille, as Bordeaux came close to clinching a point from the former before Leo Dubois's spectacular injury-time winner.

The defeat against Brest was also a result of a lapse of concentration as Olivier Dall'Oglio's came from behind to beat Bordeaux for the first time in the 21st century, with two goals in the final ten minutes.

Bordeaux played the last half an hour at Marseille with a two-man advantage, but they could only take a point after a goalless draw. The result came after their exit from Coupe de France by the second-division Toulouse.

To compound their misery, Bordeaux lost at relegation-threatened Nimes last week; Loris Benito became the third player to see a straight red card from the club this season. Bordeaux only managed to score two goals in this bad run of games.

Metz hope to finish as best of the rest

There is a vast gulf between Ligue 1's top four teams this season and the rest. Monaco were not in the title race for a while, but they're the team in the best form. The top-four are now only separated by six points while the rest of the league is left far behind.

Newly-promoted side Lens surprisingly leads the rest of the pack. Still, Metz are closing on them with a respectable 38 points after 26 rounds. But Angers are only three points behind in the midtable as things could change quickly to shape the standings in the final third of the season.

Without the early-season top-scorer Ibrahima Niane, Metz is not one of the league's free-scoring sides. But they're one of the four sides who conceded fewer goals than games. They also have identical records at home and away from Stade Saint-Symphorien. The win at Nice was their third in the last four games on the road.

Metz is one of the favourite opponents for Bordeaux as they beat the club from Lorraine in six successive outings before this season's earlier goalless draw. Half of the 64 meetings between the sides ended with wins for Bordeaux. Metz only came out victorious on 14 occasions against the Girondins.

Long-time absentee Brazilian midfielder Otavio is the only player who'll be available for this fixture from Bordeaux camp.

Similarly, Niane, who scored all of Metz's first six goals this season, is the only missing player for the visitors. The 21-year-old Senegalese forward was one of the revelations of the early season, and he's still Metz's top-scorer. Yet, a cruciate ligament injury has ruled him out since mid-October 2020.

Both teams will aim to finish in the top half of the standings. Metz are in a better form of late, but Bordeaux could get motivation from the fact that they could close within two points of their guests, despite there being four teams between them at the table right now.