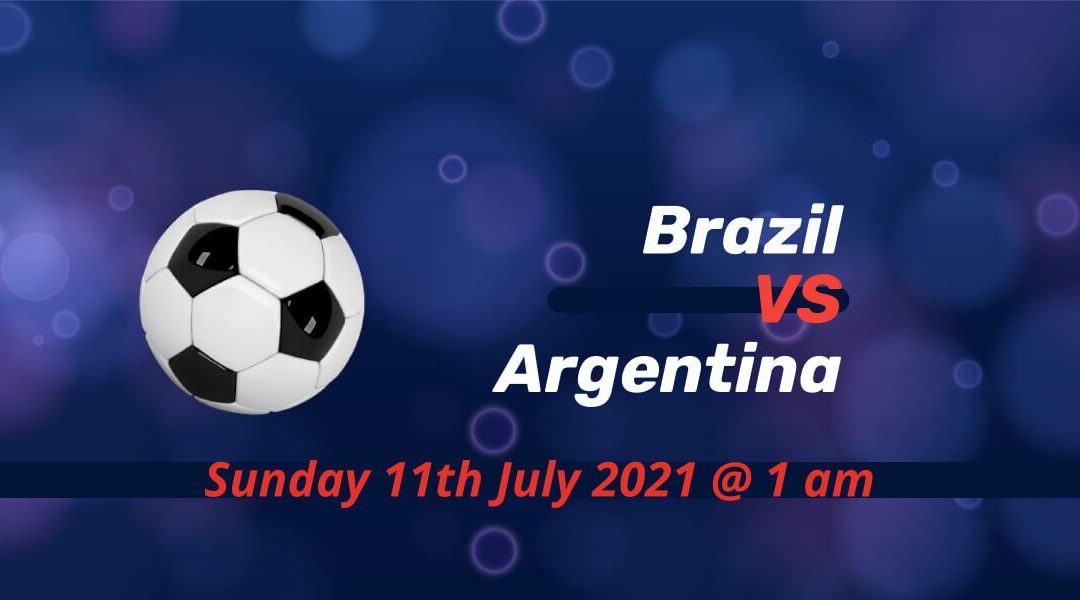 Brazil v Argentina in the Copa America final – for bookies, it was a straightforward route considering the two teams are far superior to the other eight teams on the continent. But it was a gruelling tournament for both sides as they had to come up against aggressive opponents and had to ride their luck at times to reach here. They're finally here, and the only goal now is to lift the massive (at least in size) trophy.

Neymar and the Brazil fans' relationship has been hot and cold. There were times he was seen as a luxury or, even, a liability. And, then, some considered him among the very best in the country's rich football tradition.

To be honest, there has never been a time such as this that he convinced the whole nation of his sheer class. He won the 2013 Confederation Cup and Olympics gold at home in 2016, but this would be the first final for him in a major tournament for the senior side.

He had a stellar campaign as he registered two goals and three assists to his name in five games. But Brazil slowed down in the knockout stages as Lucas Paqueta was the saviour in hard-fought games against Chile and Peru.

Yes, it happens to be Neymar's best time with Brazil, colliding with Lionel Messi's fruitful time with Argentina. Both of these players are on the way to break Pele's continental record of international goals, but they are starved of a major success.

Messi is having a phenomenal tournament; he's been involved in everything produced by Argentina in the final third. With Lionel Scaloni's cautious approach, one can only think what would happen if they gave enough support to their megastar instead of relying on their defensive setup.

Argentina only managed to score a second-half goal in three games out of their last twelve. And two of them were against Bolivia. Nonetheless, Messi is in a class of his own, scoring four and assisting five, leading the ranks in both.

Tite and Scaloni's streak in danger

Both Tite and Scaloni are having a remarkable streak in their national teams without defeats. Tite's last loss at the helm of Brazil was when they lost to Argentina in a 2019 friendly. Scaloni has the second-best unbeaten run in the history of Argentina's coaches. As they never took a head coach national team responsibility before, both have been impressive in a hostile atmosphere.

Since the 2004 Copa America, the two sides met in four finals in different competitions. Brazil prevailed on all four occasions, and they also eliminated Argentina from the 2019 final on home soil.

Gabriel Jesus, who also saw a red card before scoring in the 2019 final win against Peru, is suspended after his exemption against Chile.

Messi's ankle gave a worrying sign during the Colombia game. Still, there is no way he's going to miss what would be one of the most important games in his otherworldly career.

It's a matchup everyone looks forward to seeing in the final after what seemed an underwhelming tournament. Brazil never lost a Copa America competition as a host nation. But Messi, Emi Martinez and co. are in the hunt to end Argentina's lack of a major trophy since 1993.