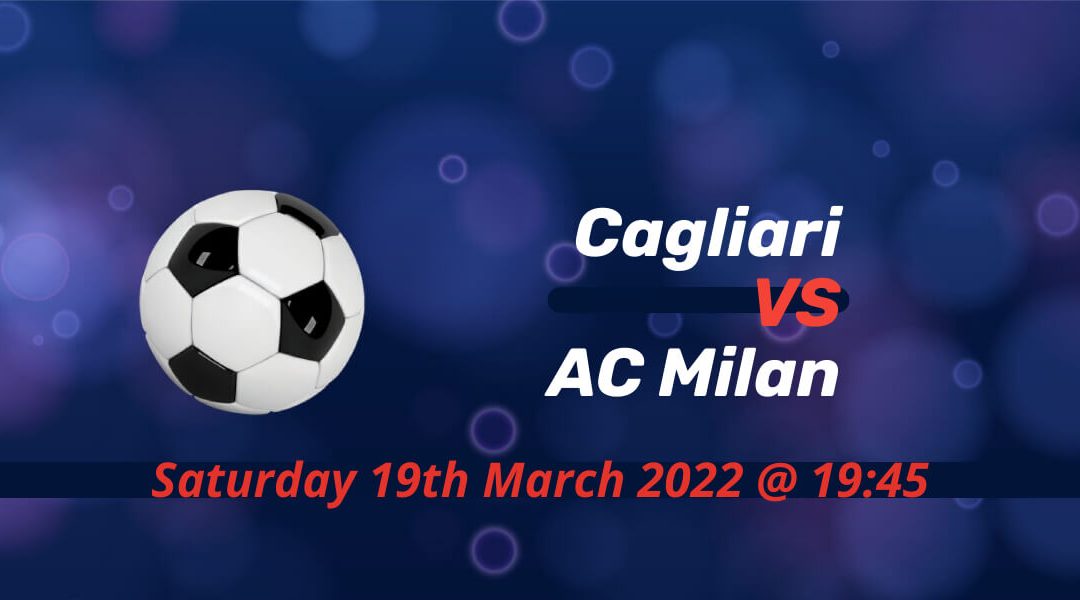 Serie A leader AC Milan travel to relegation-threatened Cagliari in the final Saturday game of the weekend. Milan continue in their surge for the title as Stefano Pioli builds a side that can defend an early lead. Cagliari is in a bad form, but they’re still out of the relegation zone.

Cagliari failed to score in the last two

Cagliari lost their last two games by an aggregate score of 5-0 to Lazio and Spezia. But their run of a five-game unbeaten streak before that put them safe for now in the relegation fight.

Newly-promoted Venezia and Salernitana are still struggling in Serie A while Alexander Blessin’s Genoa side keeps their streak of finishing all their games with a draw gave Cagliari a lifeline.

They’re now three points ahead of Venezia in 17th place. Their sheer experience in the fight for relegation throughout the years could come vital as two of their competitors are new to the league.

Each of Milan’s last four wins has been decided by an odd goal. In that run, Milan beat both their direct rivals Inter and Napoli as it helped them to replace them at the top of the standings.

Milan is unbeaten since their shock defeat to Spezia at home. They picked up 15 points from their last seven games. Although they did drop points in their way, Napoli and Inter have been more out of form than Milan since last month.

Pioli has been a defensive first coach since he came to Milan. Although youngsters Brahim Diaz and Rafael Leao have been explosive, their success continues to be on keeping their leads in their way of narrow victories.

Milan unbeaten in their last nine against Cagliari

Olivier Giroud netted twice in Milan’s 4-1 victory in the reverse fixture against Cagliari. All five goals in the game were scored in the first half as Milan quickly extended their unbeaten run against Cagliari to nine games.

Cagliari still misses a host of players due to serious injuries. Nahitan Nandez, Damir Ceter, Marko Rog and Sebastian Walukiewicz are all still unavailable for selection.

Tiemoue Bakayako and Simon Kjaer are the only absentees for Milan in their trip to Cagliari.

Milan hope to continue the momentum

Milan won each of their last two while Cagliari lost in both weeks. It’s a game between two teams at the start and end of the standings. Milan hope to finally win back the Scudetto after seeing their local rivals end Juventus’ dominance last term. For Cagliari, the battle remains similar. They play to secure their status in Serie A for next season. Milan expected to stretch their streak against Cagliari to ten matches.