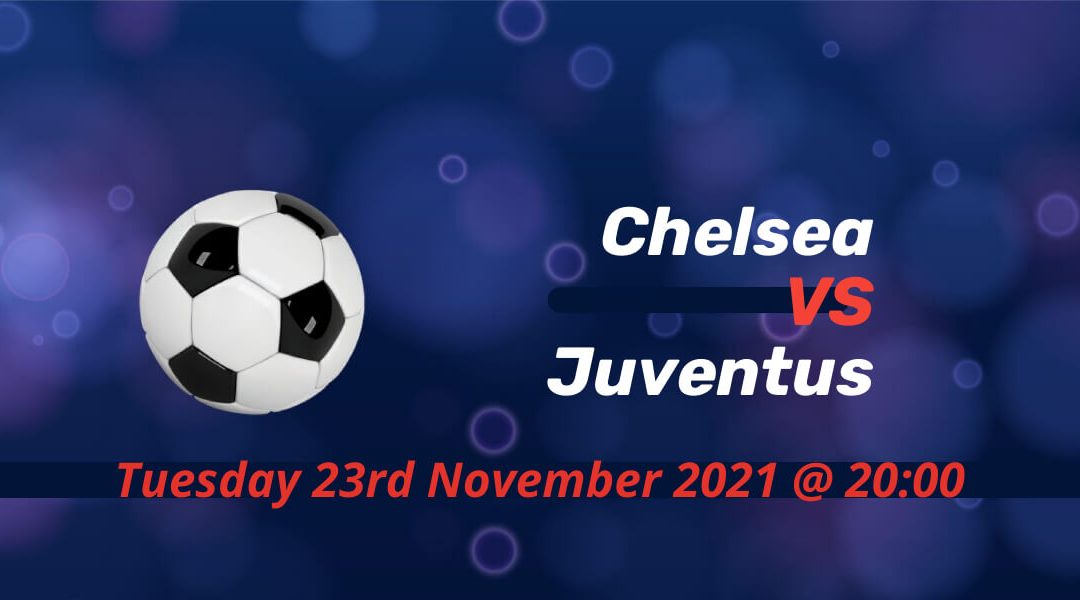 Two teams in a different run of form in their respective leagues lock horns in Tuesday’s standout Champions League fixture. Chelsea will be hoping to avenge their defeat to Juventus when Antonio Conte’s former clubs play a scintillating group stage fixture.

Premier League leaders Chelsea is expected to make it into the knockout stages of the Champions League, but they will be hoping that they won’t have to wait until a tricky final matchday trip to Zenit.

The champions had a tough time converting their chances in the group stage games against Malmo and Zenit. Romelu Lukaku and Hakim Ziyech scored second-half goals to help Chelsea secure narrow 1-0 wins in those fixtures.

And they did fail to score in Turin with Federico Chiesa on the scoresheet in a deserved win for Juventus. Chelsea’s big win of the European season came in a 4-0 success over Malmo in Stamford Bridge thanks to a couple of Jorginho’s penalty-kicks.

The match kicks off at 20:00 on Tuesday 23rd November 2021, and the entire match will be available on BT Sport.

Juventus eyeing to finish top of the group

These games usually decide which team to finish top of a Champions League group with two top teams. With all due respect to Zenit and Malmo, the two club officials wondered about the knockout stage draw and the benefits of finishing top of a group when the seeding see them join the sides out of the top five leagues.

And Juventus did their bit more than Chelsea so far in the competition. Massimiliano Allegri’s side already booked their place in the Round of 16 after a perfect record from the first four games.

The win against Chelsea was the standout, but they also scored four against Zenit in the last fixture. Paulo Dybala was inspirational as Juventus booked a ticket for the knockout stages by scoring a brace in what was a hard-fought win for Allegri’s men.

A low-quality game in the reverse fixture

The stakes were high when Juventus host Chelsea in the first meeting of the sides back in September. But the sides collaborated for just two shots on target in 90 minutes. Juventus’ one finds the net as Chiesa, who was on the radar of the English club, decided the game with a fine goal. Chelsea had most of the ball, but they lost for the first time on the night since winning the competition last May.

Chelsea’s strikers Lukaku and Timo Werner are working their way back to fitness after their respective injuries. Thomas Tuchel had to revert to his second plan in the absence of his two strikers as they also sent Tammy Abraham over to AS Roma.

Chelsea would be keener on points

Despite being the defending champions, Chelsea isn’t among the top favorites in the Champions League this term. Winning a big fixture against Juventus would go a long way to show their credentials. Juventus would probably finish with a better goal difference so they also need to win handsomely for the top spot in the group.