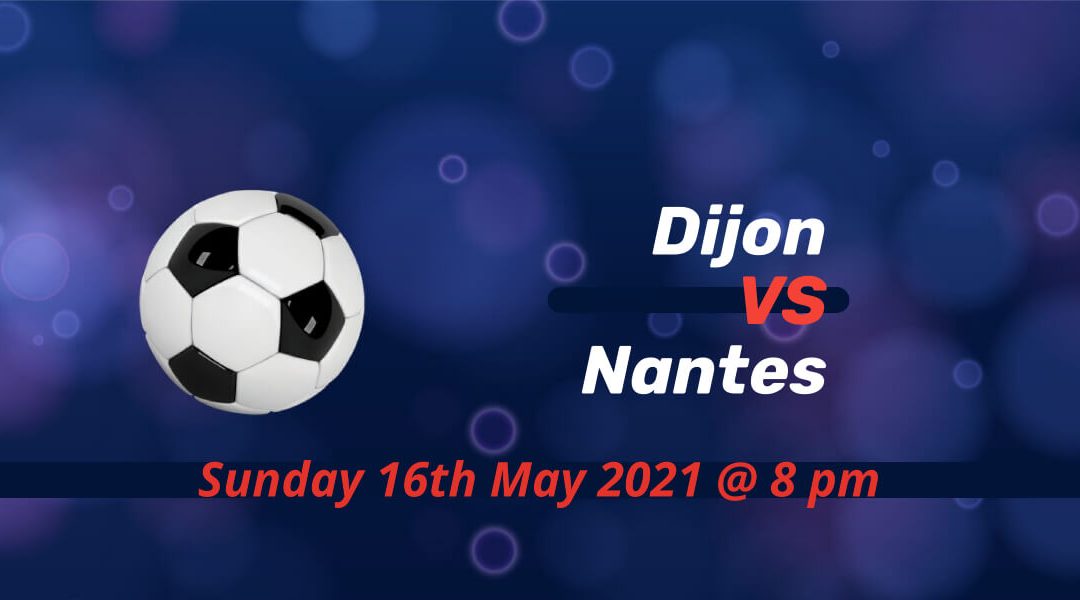 Relegation-threatened Nantes hope to clinch their fourth successive win when they travel to already relegated Dijon. The bottom-placed club only won one game in all of 2021, however. Nantes are one of the best teams in Ligue 1 since the turn of last month as they finally look to climb outside the drop zone for the first time since matchday 17.

The last few years have seen constant relegation fights for Dijon. Nantes' current manager Antoine Kombouare also showed his prowess at such moments by keeping the club aloft from the danger of relegation.

The battle is lost a while ago this season, however. Dijon were level with the likes of Nimes and Lorient at one point, but they've been stuck since the turn of the year. Nothing changes their fate as successive defeat puts them on the brink.

It's also a club struggle financially, which makes the pain of the fans even more severe. They couldn't see their team in action while there is the possibility of missing top-level football for years to come for the modest club.

The club that currently occupies the playoff spot is one of the best in-form teams in France. They won three games in a row and instantly gave the impression that they could even lift themselves before the end of the regular season.

Lorient and Strasbourg are only a point ahead of Nantes, while 14th-placed Brest collected three points more than them. Kombouare started his reign with a win at his former club, PSG.

Before his arrival, Nantes only managed three league wins all season. None of them came in his predecessor Raymond Domenech. Now they reached eight total wins for the campaign. If they'd succeed against cellar-dwellers Dijon, it'd be a fourth win on the bounce.

Kombouare had a modest record against Dijon

In his 12 games facing Dijon, the 57-year-old coach won four, drawn four and lost four times. David Linares was only promoted to the side in the middle of this season, but he gets a contract that runs until 2023. In his first game against Nantes, they managed to share the spoils with both goalscorers hailing from Africa.

Surprisingly enough, there is no injury or suspension news from both camps ahead of the fixture. It's a welcome update from Nantes after their comfortable win the other week against fellow relegation fighters Bordeaux.

Nantes to make it four wins from four

The moment is with Nantes. Even if they failed to secure their league status via the final league table, they'd be the clear favourite in the game against the Ligue 2 side in the playoff. Dijon would hope to make a good impression in their last two Ligue 1 games for, at least, another season.