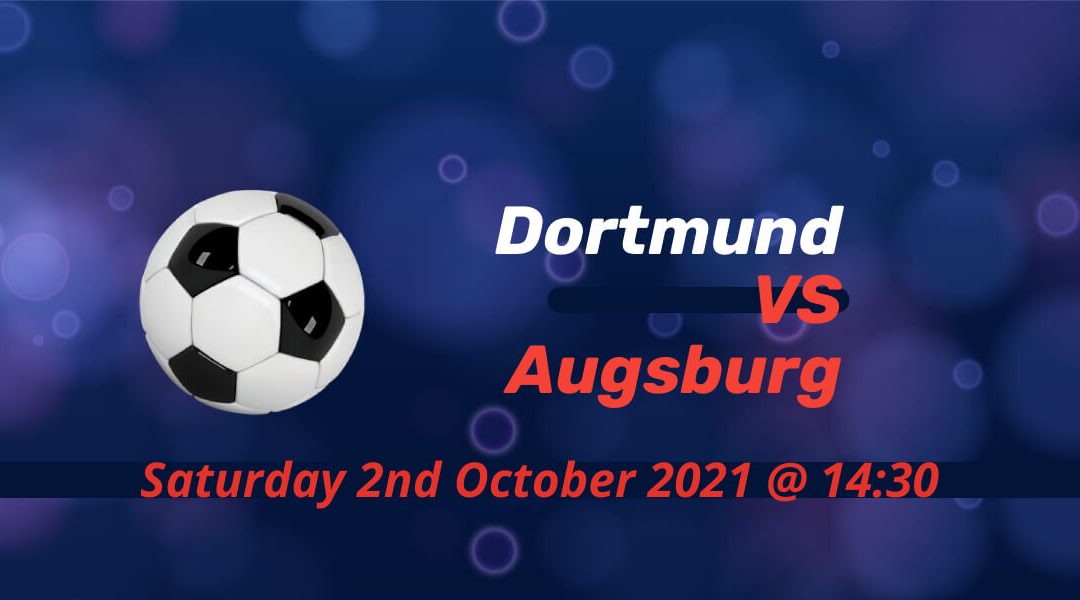 Borussia Dortmund hope to recover their title charges when they host struggling FC Augsburg on Saturday. Marco Rose’s side collected maximum points from their first two Champions League group stage games, but they lost at SC Freiburg and Borussia Monchengladbach in the Bundesliga. Augsburg is yet to score away from home this season.

Rose’s Borussia Park return a forgettable one for Dortmund

The headline of the battle of the Borussia's was Rose’s return to the ground where he spend a couple of years before ditching them to Dortmund. It happened to be further motivation for fans and Gladbach players as they outrun and outplayed their opponent despite their patchy form this season.

Mo Dahoud’s red card was also a big factor in the game just in the same way as Dortmund missing skipper Marco Reus and Erling Halland due to injuries. Youssoufa Moukoko and Doneyl Malen led the line, but they find it tough to pose a challenge to the hosts’ experienced defensive line.

Malen scored the only goal of the game in midweek against Sporting as the Dutch international finally opened his account for the club. Dortmund finally kept a clean sheet despite another shaky performance from Mats Hummels and co.

The match kicks off at 14:30 on Saturday 2nd October 2021, and the match isn't being shown on UK television.

Florian Niederlechner is the only Augsburg scorer

We’ve reached matchday 7 of the season, but Markus Weinzierl’s side only had one goalscorer to their name. Florian Niederlechner, who had a stellar season in 2019/20, netted both of their goals so far in Bundesliga.

Although they managed to keep a clean sheet in half of their games, Augsburg suffered heavy defeats against TSG Hoffenheim, Bayer Leverkusen and SC Freiburg. The honeymoon time of the returnee coach Weinzierl is now over as he’s under pressure to deliver results.

Heiko Herrlich was criticized for his negative approach and the early days of Weinzierl suggested the team could finally fulfill its potential. Adding to another excellent transfer market by sporting director Stefan Reuter, Augsburg should aim for much better than this in their 11th straight Bundesliga season.

Augsburg’s solitary win away at Dortmund came back in 2015. Augsburg won two of their last three home games against Dortmund, but they usually struggle at Signal Iduna Park.

Haaland made his Dortmund debut where he managed to net a hattrick off the bench for a sensational 5-3 win. Although Reus returned against Sporting, the Norwegian had to settle for watching from the stands with his father. Dahoud, who also substituted early for a knee injury in midweek, is suspended while Gio Reyna is yet to return after his fine form was interrupted with injury.

Augsburg also missed key players all over the pitch. Felix Uduokhai could miss the trip in defense like Brazilian fullback Iago. Jan Moravek and Alfred Finnbogason have seen their respective careers ruined by injuries and both would sit this one out.

Rose’s side is yet to drop points at Signal Iduna this season. Meanwhile, Augsburg only secured a single win and they rarely create chances. They could score on this one but Dortmund would be the overwhelming favorites based on form.