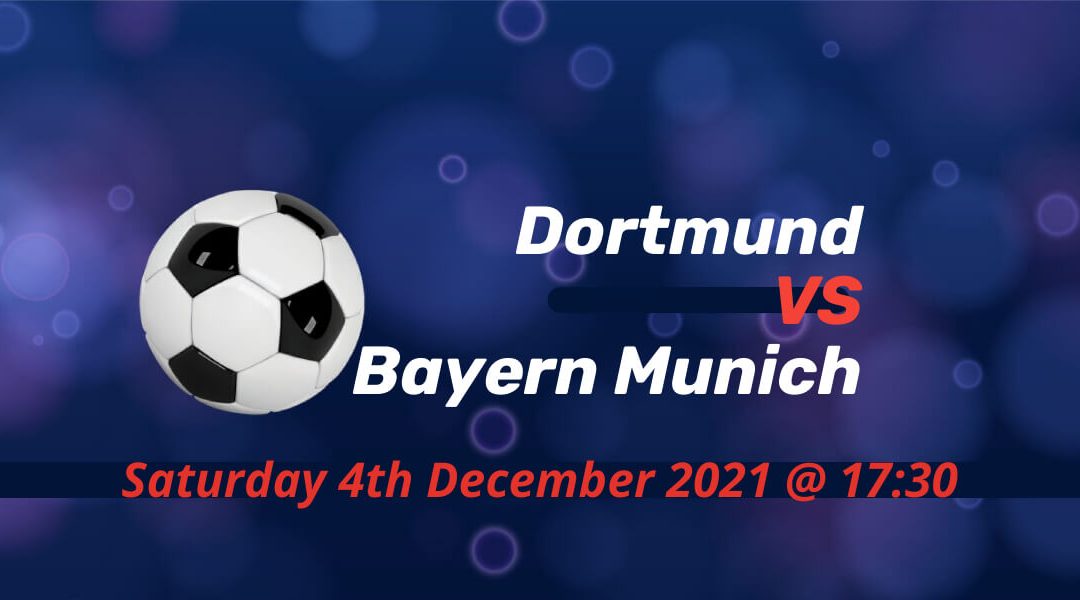 Borussia Dortmund entertains Bayern Munich in the most anticipated Bundesliga game of the season. The Black and Yellows can climb to the top spot if they maintain their excellent home run. Bayern have been hit by off-the-pitch controversies last month while their defeat at Augsburg gave Dortmund room to close the gap with the Bavarian giants.

Since the shock defeat to Eintracht Frankfurt left them seven points off the last Champions League spot last season, Dortmund won each of their Bundesliga game at Signal Iduna Park.

Marco Rose continued the run that started with the interim coach Edin Terzic. Rose became the first Dortmund coach to win all of his first seven Bundesliga games in front of his fans.

That didn’t work in Europe, however. Dortmund dropped to Europa League after losing three consecutive Champions League games. The win against Wolfsburg brought back some of the momentum with Erling Haaland returning from injury way before expected.

The match kicks off at 17:30 on Saturday 4th December 2021, and the entire match will be available on Sky Sports.

FC Hollywood is back in Bayern

Starting with the COVID-19 vaccination topic with initially Joshua Kimmich, Bayern had a difficult November. Four players in total refused to take the vaccination which left the team to decide that there would be no payment when they had to be quarantined per the rules.

In the end, the club and the players came to terms. But there is yet another controversial topic that still needs a decision. Fans bemoan Bayern’s partnership with Qatar Airways in the annual meetings last week.

The club said it’s not up to discussion in the meeting between fans and club executives as it’s against the mandate to do so on sponsorships. The Ballon d’Or could have restored some reconciliations between them and the fans as the club official backed Robert Lewandowski in Paris, but the Polish international had to settle for a second place.

Despite its bad reputation in Germany, the international Bundesliga keeps pushing the term “Der Klassiker” when the two sides lock horns. As Dortmund weren’t Bayern’s historical rivals, that term looked to only bring attention towards the league dominated by the latter.

And they did show their dominance in this fixture, too. Bayern won each of the last six encounters including a 3-1 victory at Signal Iduna Park earlier this season in the Super Cup.

Rose welcomed a host of players in recent weeks including Haaland, who scored his 50th Bundesliga goal in as many appearances in his return from injury against Wolfsburg. Haaland is advised to only feature for an hour maximum for the big game on Saturday. Gio Reyna also returned to training, but he’s not expected to make the squad on Saturday. Raphael Guerreiro, Jude Bellingham and Yussoufa Moukoko could miss the fixture due to injuries. Thorgan Hazard is in quarantine after testing positive for COVID-19.

Joshua Kimmich and Eric Maxim Choupo-Moting will miss the game for similar reasons to the Belgium international. Bouna Sarr and Marcel Sabitzer are also out injured while Bayern faced another setback as Leon Goretzka could miss out after picking up an injury in midweek’s training.

Defining fixture for the title race

With all their injury absentees, Dortmund doesn’t seem to be a serious contender, but a win here will see them claim the top spot. For Bayern, an early four points lead would be a statement start for December.