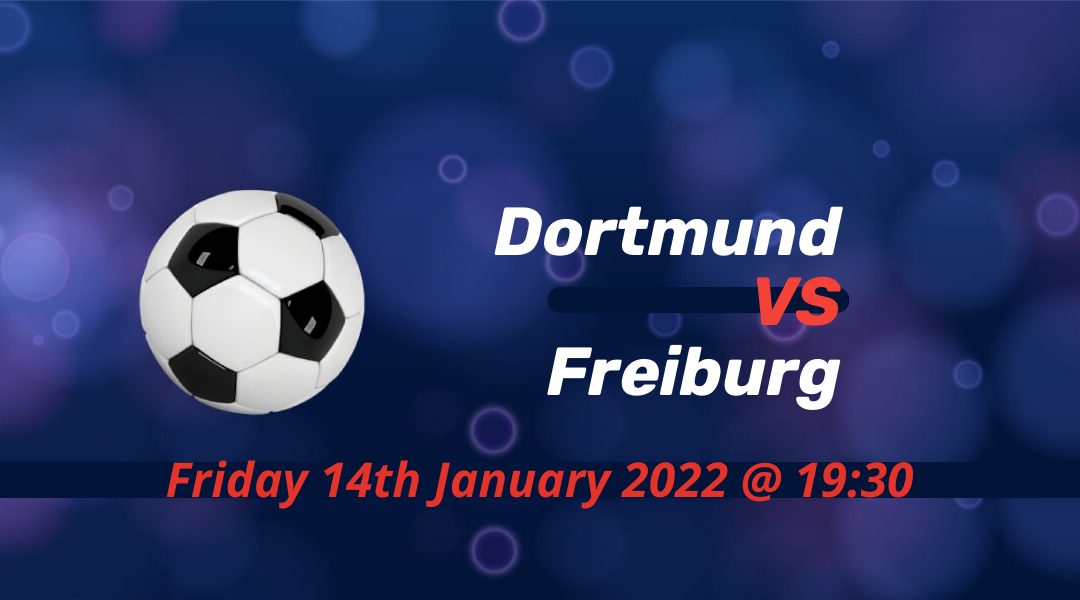 After their miraculous comeback victory at Eintracht Frankfurt, Borussia Dortmund welcome fourth-placed SC Freiburg on Friday night. It will give Marco Rose’s side the chance to close the gap at the top to three points before Bayern face FC Koln away from home the next day.

Dortmund unconvincing but got the job done at Frankfurt

Although Bayern’s home defeat to Borussia Monchengladbach with a depleted squad was an inspiration, Dortmund had to climb a mountain to restore the six points difference at the summit.

Frankfurt only lost once in their last 11 home games against Dortmund, and while Thomas Meunier had the game’s first chance with a sublime effort, Frankfurt were on top for the majority of the game.

Rafael Borre scored a brace for the first time in Frankfurt colors, but it could’ve been more with Evin N’Dicka and Jasper Lindstrom among the players who rued their chances. Dortmund scored three in the final 19 minutes to take all the points home with Mohamed Dahoud netting the winner sublimely a minute from time.

The match kicks off at 19:30 on Friday 14th January 2022, and the entire match will be available on Sky Sport.

Freiburg had a contrasting weekend

Freiburg is another side who couldn’t maintain their two-goal advantage when the Bundesliga resumed last week. The result saw them slip to fourth, but they’re still in a Champions League spot.

Janik Haberer scored the first goal at home in four years with a measured effort before Jeong Woo-yeong doubled their lead against Arminia Bielefeld. The South Korean is enjoying a breakthrough season that could see Bayern trigger a buyback clause.

Janik Haberer scored the first goal at home in four years with a measured effort before Jeong Woo-yeong doubled their lead against Arminia Bielefeld. The South Korean is enjoying a breakthrough season that could see Bayern trigger a buyback clause.

Grifo netted a stunner in the reverse fixture

Dortmund came to the fixture with a positive mindset after their five-star performance against Frankfurt in the season opener. But, like the season earlier at Augsburg, they lost their first away fixture of the season. Christian Streich recorded his first-ever win over Dortmund thanks to a 2-1 victory on the night Vincenzo Grifo scored a free-kick from range.

Manuel Akanji’s absence created a big gap in Dortmund’s backline while Dan-Axel Zagadou was tested positive for COVID-19. Gio Reyna returned to partial training, but it’s not yet known when he could be up for a return to the pitch.

Mark Flekken and Nico Schlotterbeck – the cogs for Freiburg’s defensive solidarity – are currently out with COVID-19 like youngster Kiliann Sildillia.

Dortmund expected to use the momentum

This is a perfect chance to put the pressure on Bayern for Dortmund. Julian Nagelsmann’s side will travel to sixth-placed Koln, who won their last three games. For Freiburg, the expectation remained lower in Streich’s tenth year at the helm. But, with the kind of form they showed in the first half of the season, finishing outside European places would be a disappointment.