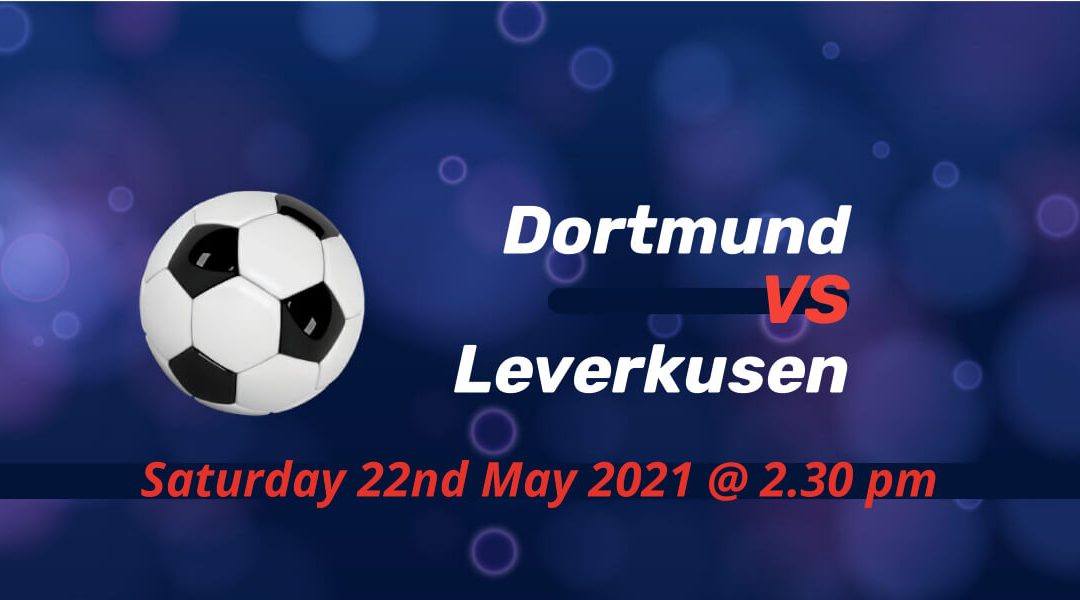 Borussia Dortmund and Bayer Leverkusen will face each other in the final game of the season, with both teams already secure in their position in the table. Edin Terizc's side hope to finish third in the table, but they knew their strong end of season form clinched a Champions League berth. Leverkusen will play in next season’s Europa League.

Dortmund roared in the final couple of months of the season

If they picked up form earlier in the season, Dortmund could've been strong challengers for Bayern's throne. They won each of their last six Bundesliga games with some fantastic displays.

They also put on a fine performance in both ties against Manchester City in the Champions League. Dortmund won the DFB Pokal with a textbook show in a 4-1 win against RB Leipzig to top it all off.

Since Jadon Sancho's return to fitness, the Englishman and Erling Haaland's combination play once again created havoc to Bundesliga's defenders. After a stunning couple of months, Terzic will pass the role to Rose to raise expectations for the Black and Yellows.

Borussia Dortmund v Bayer Leverkusen kicks off at 14:30 on Saturday 22nd May 2021 and will be streaming live on William Hill.

Gerardo Seoane ends his time at Young Boys after helping the club to three successive Swiss Super League. He's the first coach to do that in Switzerland, and Young Boys were in a difficult spell before Seoane became the club's coach. He's now the coach of the club he eliminated from this season's Europa League.

Hannes Wolf had a different look at things as he celebrated the fact Leverkusen finished in top six after their draw against Union Berlin. The former Stuttgart and Hamburg coach stressed it looked impossible when he took charge at Leverkusen.

But that didn't see him stay in his job as he now seems to return to Germany's youth side. However, he had one chance to improve his awful away record in Bundesliga before leaving for national team duty.

It was an end-to-end game between two attack-minded sides when they clashed back in January. Florian Wirtz scored the decisive goal, but both teams had multiple chances in the game. Julian Brandt netted his first goal of the season in the game against his former club after Moussa Diaby's first-half opener. Wirtz sliced BVB's defence late in the game as both teams went for the winner.

Marcel Schmelzer will miss the game that would've been his last in Dortmund. Dan-Axel Zagadou, Axel Witsel, Mateu Morey and Youssoufa Moukoko are also long-time injury absentees. Marwin Hitz continues to miss in goal as Roman Burki will be between the posts.

Leverkusen also have their long-term injuries in Timothy Fosu-Mensah, Julian Baumgartlinger and Santiago Arias. The Bender brothers will hang up their boots after this game as Sven Bender played against his former club. Lucas Alario, Daley Sinkgraven and Exequiel Palacios are doubts for the game.

Exciting game with nothing on the line?

There wouldn't be any consequences because of the result of this game. Wolf wouldn't be keen on showing his managerial prowess as Leverkusen already appointed a new coach for next season. Dortmund's own Terzic seems unsure whether he'll be in Rose's team or taking over a head coach job elsewhere.