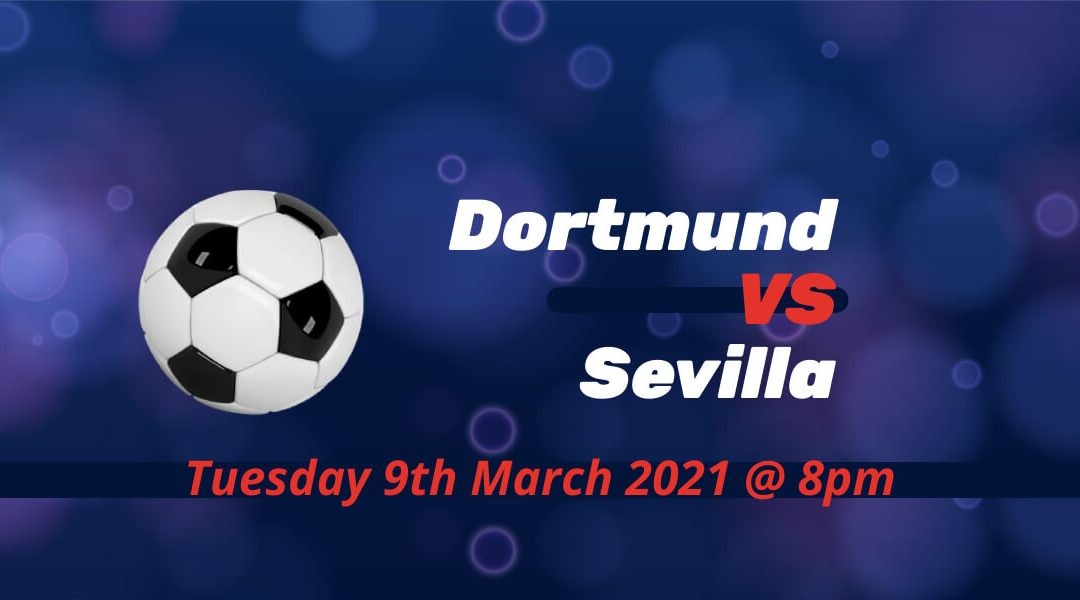 Borussia Dortmund look to complete the job when Sevilla travels to Signal Iduna Park for the second leg of the teams' Champions League round of 16 ties. Edin Terzic's side had a narrow lead from Seville as Erling Haaland's brace helped them to a 3-2 success. Europa League specialists Sevilla progressed from a Champions League knockout tie only once in their history.

Dortmund hope to bounce back a late defeat at Bayern

Dortmund had a sparkling start at Allianz Arena, with Erling Haaland scoring twice inside the first ten minutes. Terzic's side started the game brightly, despite losing key players Raphael Guerriero and Jadon Sancho, whose goal sent Dortmund to the Pokal semis in the midweek win at Gladbach,

Haaland opened the score from outside the box with his attempt finding the net after Jerome Boateng's deflection. The Norwegian was at it again when he latched home from close range from Thorgan Hazard's cutback. The Belgian winger started a game for the first time this year as he's back from torn muscle injury.

Haaland scored four goals against the Bavarians in as many games. But there was also a lethal striker in Hans Flick's ranks. Robert Lewandowski netted a hattrick to reach 22 goals in 23 games against his former employers. Dortmund set to return home with a respectable draw before Leon Goretzka put Bayern ahead for the first time, two minutes before the end of regular time.

Lewandowski completed his third Bundesliga hattrick of the season in the 90th minute. Flick didn't shy from questions of a plan to replace the 32-year-old Polish striker with Haaland.

After a brilliant start to 2021, Sevilla are pegged back with three successive defeats in a week. They lost to Barcelona in the league before facing a similar fate in the Copa del Rey semifinal's return leg.

Ronald Koeman's side managed to turn the 2-0 deficit by matching the result through Gerard Pique's 94th-minute strike. They completed the job in extra-time as Sevilla's hope of reaching the cup final for the third time in six years didn't materialize.

Sevilla then lost at relegation-threatened Elche in the league on Saturday. Real Sociedad moved within three points of Sevilla, who has a game in hand against Elche at home, as the two sides fight for the final Champions League berth. Sevilla's director Monchi was seen in a quarrel with Koeman and Lionel Messi after their cup defeat.

Dortmund with the edge thanks to their win at Sevilla

It's the first time Dortmund and Sevilla meet in a knockout round of continental football. Mo Dahoud resurrected his time at Dortmund with a sublime strike to cancel Suso's opportunistic opener in the first leg. Dortmund raced to a 3-1 win at the break with Haaland's two powerful left foot strikes.

Sevilla had a strong end to the game, with Oscar proving lethal from set-pieces off the bench. However, only one chance was converted as Luuk de Jong reduced the arrays six minutes from time.

Dortmund hope to get back Haaland in the side after he limped off in Saturday's defeat at Bayern. Gio Reyna and Guerriero could also return to the side. Still, the initial reports on Sancho mentioned the England international could be out for a while. Axel Witsel, Manuel Akanji and Marcel Schmelzer are certain to miss the game.

Julien Lopetegui once again shuffled his side before the Champions League fixture. Lucas Ocampos's return from injury will be a huge boost, while Youssef En-Nesyri, who had a quiet night in the first-leg, is one of the players who return to the side after Elche's defeat. Aleix Vidal wouldn't make the trip due to a hamstring problem.

Dortmund to make it to the quarterfinals for the first time since 2016/17?

Despite Dortmund's defeat on Saturday, the two teams are in a different mood than before the first leg. Dortmund progressed to the cup semifinal and showed improvement in their bid to return to Bundesliga's top-four. Sevilla, meanwhile, leaves room for Sociedad while they couldn't hold on to their first-leg advantage over Barcelona in Copa del Rey.