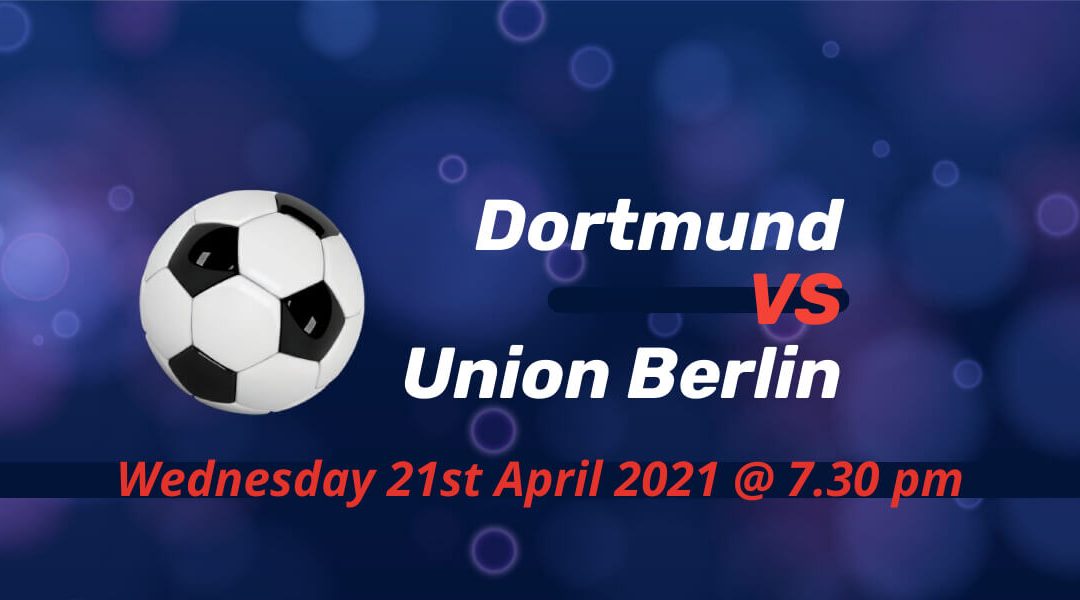 Borussia Dortmund host Union Berlin after they closed the gap with Eintracht Frankfurt to four points. Edin Terzic’s side won successive league games as they boost their chance of progressing to next season’s Champions League in the final five matchdays. Union Berlin are also getting positive results in recent weeks as a 2-1 win against VfB Stuttgart kept their chance of a Europa League or Conference League qualification.

Once again, Dortmund managed to burst into life after conceding the first goal. They were atrocious in the first half at Stuttgart, but the second half show was one of the best from the Yellow and Blacks in a long time.

That was repeated on Sunday, with the club fittingly went with a retro shirt that goes back to the 1990s. Gio Reyna scored a screamer to end his 19-game goalless streak after Milot Rashica’s opener.

Dortmund were already 3-1 ahead by halftime, with Erling Haaland scoring twice, once from a spot-kick and a tap-in. The Norwegian finally ended his six games goal drought for club and country. He now has 23 league goals in his first full season in the Bundesliga. Mats Hummels’ fifth league goal of the season helped Dortmund to clinch a 4-1 win.

The match kicks off at 19:30 on Wednesday 21st April 2021, and the entire game will be available on BT Sports.

Marcus Ingvartsen’s late strike helped Union Berlin to take points off of Bayern for the second week running. After that, Urs Fischer’s side won against the other surprise packages, VfB Stuttgart.

Grischa Promel scored on his 100th Union appearance to open the scoring after some great work by Christian Gentner and Christopher Trimmel. Petar Musa, who is on loan from Slavia Prague, netted his first Bundesliga goal before the break as Union continued their good memories against Stuttgart.

The visitors came roaring in the second half with triple changes at the break and the thought of the 2-2 draw that gained after Union raced to a two-goal lead in the reverse fixture. But Union held on to continue their pace with Borussia Monchengladbach, who also won against Eintracht Frankfurt.

Moukoko’s record-breaking goal in a defeat for BVB

Dortmund lost both of their first two league games at Union. The latest brought, at least, as the 16-year-old Youssufa Moukoko scored his first Bundesliga goal to replace Florian Wirtz as the league’s youngest goalscorer. However, last season’s fixture at Signal Iduna ended in a 5-0 win for Dortmund, with Haaland scoring one of his ninth braces in Bundesliga.

Moukoko suffered a season-ending injury while he was with Germany’s U21 national team. Axel Witsel, Dan-Axel Zagadou and Marcel Schmelzer are also not expected to feature before next season (in the case of Schmelzer, he’s retiring at the end of the season). Jadon Sancho and Thomas Delaney could be back available in this or the weekend’s game at Wolfsburg.

Attackers Taiwo Awoniyi, Sheraldo Becker, Leon Djaku and Anthony Ujah are out of this game for the visitors. Still, all have been unavailable for quite some time.

Dortmund to win three in a row for the first time since October 2020?

Union only suffered one defeat in their last nine games. Dortmund have been far more inconsistent, but they had a good couple of weeks with solid performances in the Champions League against Manchester City.